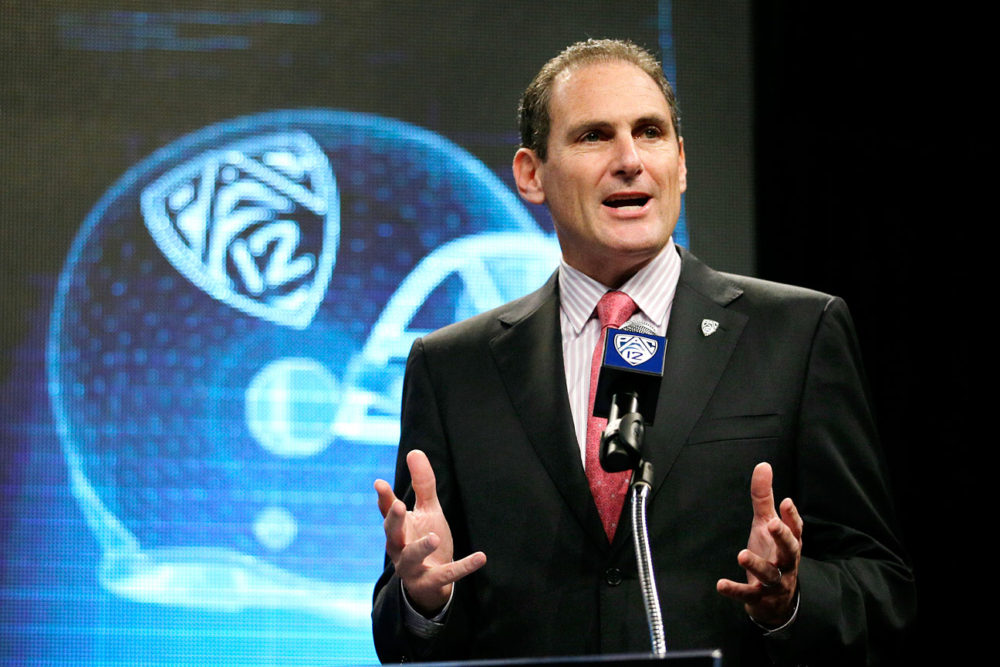 The Pac-12 conference announced Wednesday that the conference CEO Group and commissioner Larry Scott have mutually agreed to terminate his contact one year earlier than it was set to expire.

Scott will remain in the position through June of this year to “assist in the transition” to a new commissioner, according to the Pac-12 statement.

This is important timing for the conference, as the Pac-12 is set to begin negotiations for the conference’s next media-right agreements and the conference needs to position itself much better than it currently sits in order to keep pace with the other Power 5 conferences, which have effectively lapped the Pac-12 when it comes to football success and exposure.

“At one point, our television agreement was the most lucrative in the nation and the debut of the Pac-12 Network helped deliver our championship brand to US and global markets on traditional and digital platforms,” said Michael Schill, University of Oregon president and Pac-12 executive committee chair. “That said, the intercollegiate athletics marketplace doesn’t remain static and now is a good time to bring in a new leader who will help us develop our go-forward strategy.”

Scott did oversee the conference’s expansion from 10 teams to 12, which allowed for the Pac-12 to play a football conference championship game. The conference also signed a television deal with ESPN and Fox, a deal that Scott touted for years even though the contract payout was eventually dwarfed by those signed by other conferences.

He also oversaw the development of the Pac-12 Network, which has struggled thanks to the inability to place the conference networks on DirecTV, leaving many fans in the Pac-12 footprint unable to access games.

The two most visible sports — football and men’s basketball — have struggled mightily during Scott’s tenure. The conference has sent just two teams to the College Football Playoff (five separate programs have at least two appearances) and have been shut out of the Playoff for the past four years. The Pac-12 has also had just one men’s basketball Final Four team since the 2009 tournament, with Oregon advancing in 2017.

In return for those results, Scott has been the highest-paid conference commissioner in most years of his tenure. According to USA Today, Scott was paid $5.4 million during the 2018 calendar year.

The Pac-12 executive committee announced that it would “immediately commence a national search for Scott’s replacement as commissioner.”