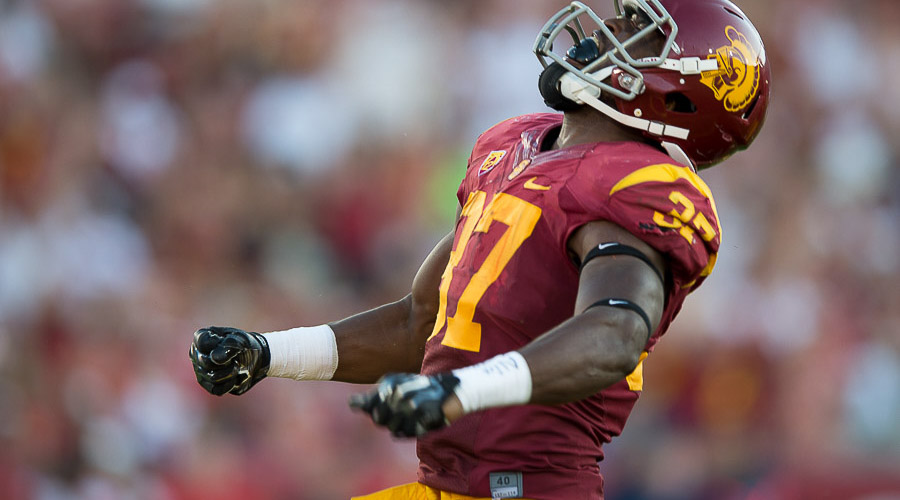 Welcome to the new front page of WeAreSC, and what a better time to debut our new look than on the beginning of UCLA week, the start of a week-long build up of trash talk and verbal jabs that leads up to kickoff on Saturday of the biggest cross-town rivalry in college sports.

It should be quite a scene at the Rose Bowl with emotions already running high for this game, but when you add what is at stake for both teams it simply takes things to another level. If USC wins, and if ASU loses to either WSU or Arizona, the Trojans would advance to the conference title game. If UCLA wins, and defeats Stanford next week as well, the Bruins would go.

For the Trojans, it has been a season of ups-and-downs during Steve Sarkisian’s first year as head coach at USC but the opportunity is certainly there to make a statement with a strong finish against your two main rivals. The first step in that quest is to beat the Bruins, which would not only be a signature win for the 2013 season, but it would also put an end to the two-game win streak by UCLA in the series. Sarkisian knows how important that last factor is, not only in terms of on-field results but in recruiting as well.

USC comes into the game with an offense that has shown they can put up big numbers behind Cody Kessler, Buck Allen and Nelson Agholor but the test will come on defense when the Trojans will face versatile quarterback Brett Hundley, who has seen success against USC in the past.

We hope you enjoy our new look, and our continued coverage of the Trojans.