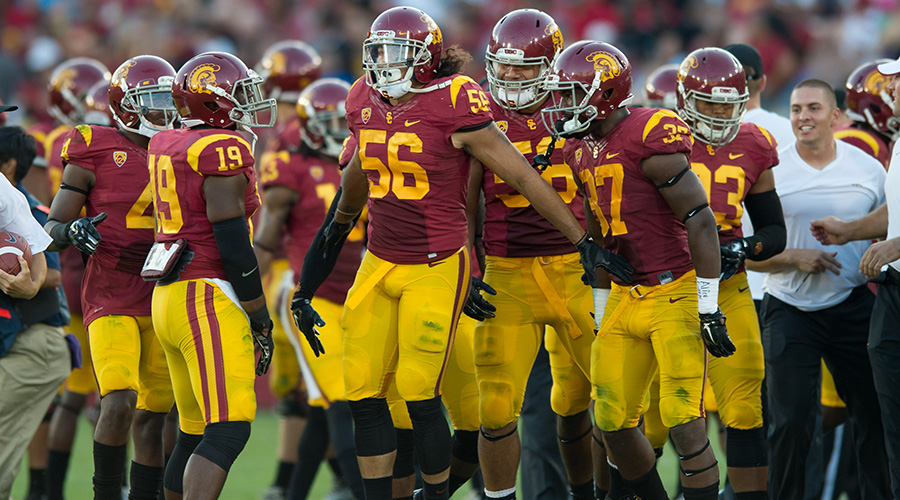 Is anybody else ready for some football?

After one of the strangest weeks in the history of USC football, the Trojans get to put the focus back on the field Saturday, and kickoff can’t come soon enough.

The first hiccup of the week came last Saturday night when USC athletics director Pat Haden was unable to attend the annual “Salute to Troy” kickoff event on campus. The word given to the crowd that night was that Haden was dealing with family issues, but that everything was fine. As it turned out, Haden was actually in the hospital, and it was the second time in two days that he was there.

No reason has been given for why Haden was hospitalized, but he was back in the office this week, just in time to deal with the ups-and-downs of the Josh Shaw situation. The hero who wasn’t, a genuinely strange drama that still hasn’t been fully explained and might never be. What we know right now is that Shaw was suspended indefinitely by USC after admitting he lied about the original story, which combined with the ankle injuries means that he won’t be lining up for the Trojans anytime soon. In his post-practice media comments on Thursday, Sarkisian did leave the door open for a potential return for Shaw, but he gave no parameters for how or when that could happen.

Sarkisian also dealt with another off-field distraction in that Thursday media session when he responded to comments made by former USC defensive back/running back Anthony Brown, who quit the team this week but not before firing off comments in social media, calling Sarkisian a racist. Brown isn’t a name familiar to many fans outside of the USC program; he made a couple starts at corner early in his career before injuries really slowed him. Brown had requested a move to tailback this year, which Sarkisian granted, and brought a speed element. He could have found a role, but something obviously went wrong from his perspective in regard to his relationship with the head coach. Sarkisian refuted Brown’s comments and many players — past and present — immediately came to Sarkisian’s defense and spoke out against the remarks from their former teammate.

What does all this mean to the mindset of the team as they prepare for the season opener? After all, this was supposed to be a period of new beginnings for the Trojans. The NCAA sanctions basically a thing of the past, a talented roster capable of moving forward under their new coach, one who spent the offseason charming boosters and recruits with equal success. It would be easy to look at the distractions and think they would be an issue, but the guess here is that they will have very little impact, if any.

The most tangible impact will be the loss of Shaw on the field. You don’t just snap your fingers and replace a veteran senior who is one of the best cornerbacks in the nation, one who was just elected a team captain, no matter how talented the players are who will be stepping in. But in terms of the drama influencing the emotion, preparation or focus of the team, I just don’t see it happening. The players have been waiting too long for this. The 2013 season showed this group that they can persevere through four coaching changes and still come out with 10 wins, so what happened this past week isn’t anything they can’t handle.