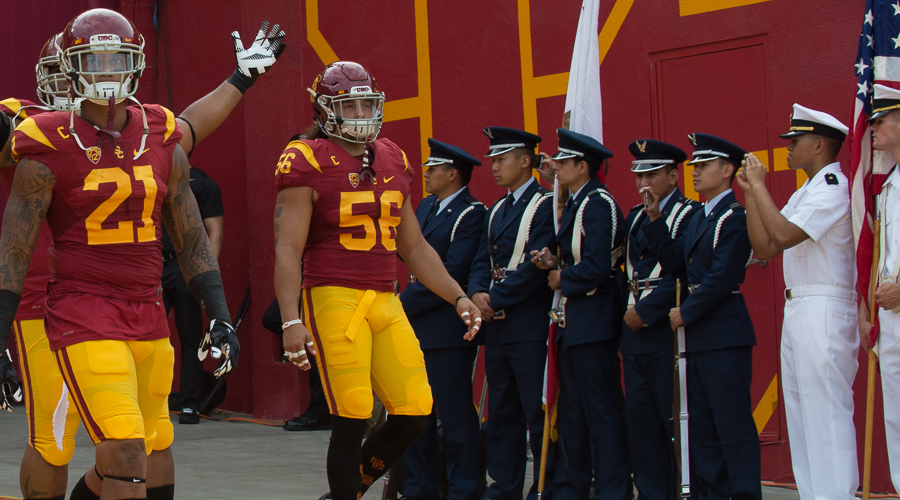 For a group of seniors that has been through so much, the opportunity waiting for them on Saturday at the Coliseum is a chance to put an emphatic stamp on the close of their USC careers.

It’s important to remember that this group came to USC well aware of the fact that the majority of their time would be spent under some form of NCAA sanction. What they didn’t know was that they would end up playing for four different head coaches, including a pair of mid-season coaching transitions. There have been some big wins, there have been some losses, and there has been plenty of off-field drama.

Even with all that, these seniors have a chance to do something on Saturday that hasn’t been done yet, and that is put USC in the Pac-12 title game. Somehow, even with three conference losses, the football stars aligned in such a way this week that the winner of the USC vs. UCLA game will advance to the championship game as the winner of the Pac-12 South. That means a victory in this traditional rivalry game would not only put an end to a three-year losing streak against the Bruins, but it would also mean a chance to move on and play for a berth in the Rose Bowl.