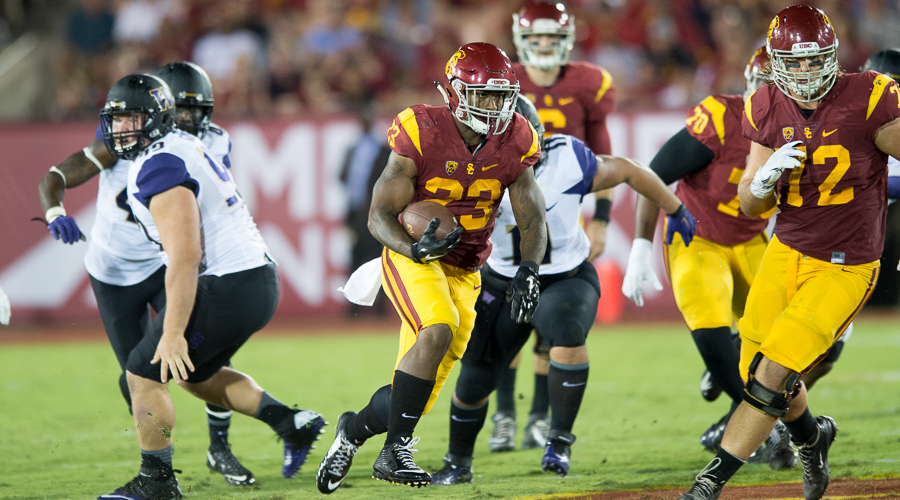 There was more frustrating news for Tre Madden this week with the update that the senior tailback would not be suiting up for the game on Friday against Colorado.

Madden has been struggling with a lingering knee issue in recent weeks that has forced him to sit out two of the last three games, and his status remains unclear for any participation in the final two regular season games against Oregon and UCLA as well.

It’s not the way Madden would have scripted the tail end of his USC career after having missed two of the previous three years with knee and turf toe injuries. Madden was expected to be the bell-cow of a deep tailback rotation for the Trojans this year, a 225-pound workhorse who had long shown promise whenever he was healthy enough to be on the field.