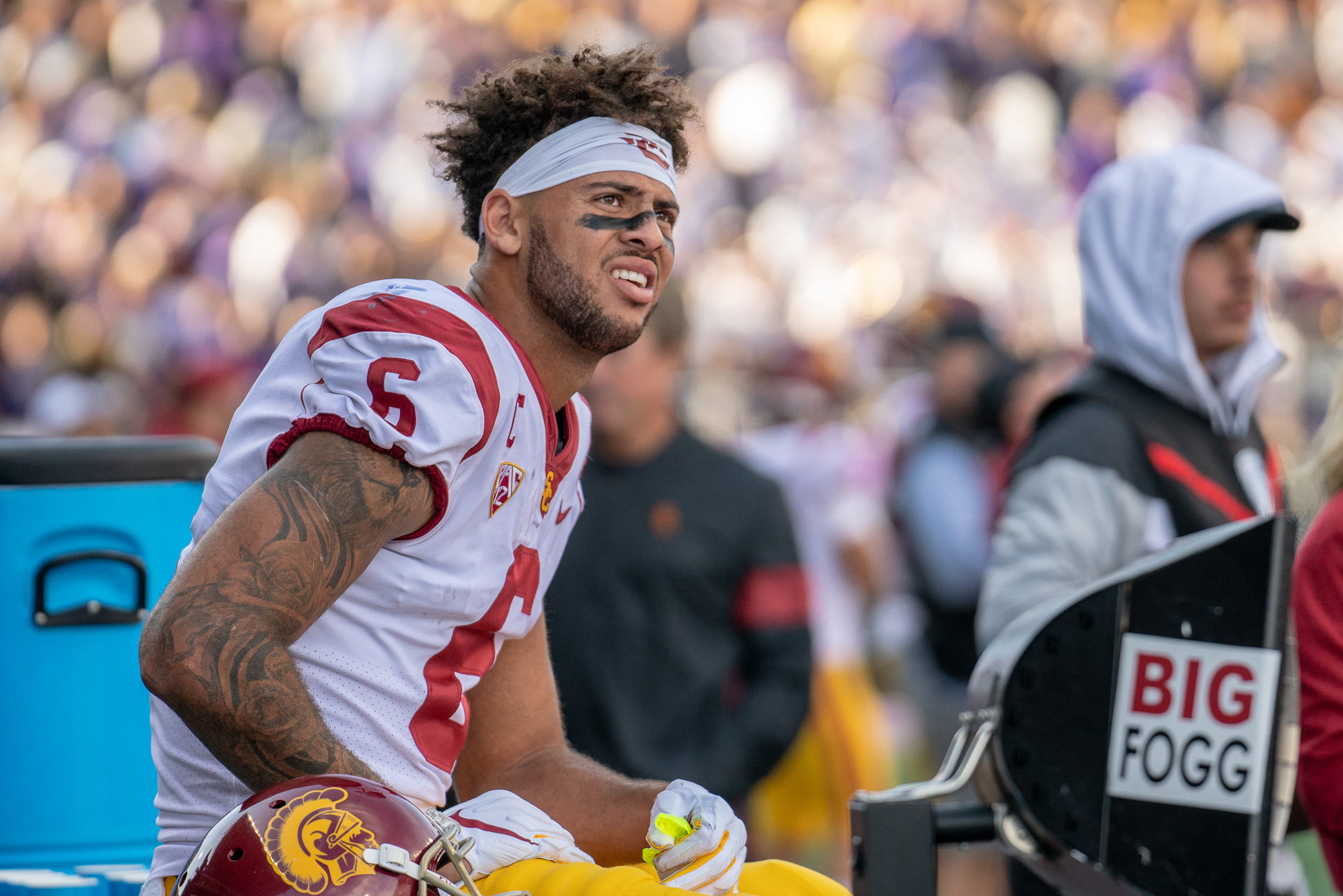 So what do you want to talk about?

I’m starting to feel like a film critic who has to write a review of the same movie every week.  The script has grown stale: a sloppy home win where USC gets just enough big plays from a few superstar athletes followed by an ugly road loss.  Repeat.

So, like I said, what should we talk about?

Yes, this is a pessimistic column.  You knew that when you clicked on it, so accept responsibility for your own actions.  We’re not peddling foolish optimism in Musings this week.  You, of course, can be as optimistic as you want.  You can root as hard as you’d like.  You can get angry and frustrated with those who don’t share your optimistic enthusiasm.  But try as you might, Goose still dies.  (Spoiler alert!)  Every time.  That’s just the way it is.  And it doesn’t make you a better person if you watch Top Gun for the 12th time and still believe that maybe, just maybe, this time Goose lives.

So what shall we say?  USC football has never believed in moral victories; the program hasn’t yet sunk to that level, has it?  So while I’m happy to see that the young secondary is growing, and while I do think the team is still playing hard, the reality is that this team is just not very good.  USC football is 8-10 over the last season and a half.  It will be a heavy underdog in two weeks and, knowing Clay Helton’s track record on the road and against teams with comparable talent, it’s likely that USC will soon be 8-11.  That level of sustained, below-average play is rare in USC’s history.  It’s rare because when you have a massive, built-in recruiting advantage over all of your conference foes, it’s hard to be below average for such a sustained period.  It can be done, but it takes consistent effort or the loss of that major recruiting advantage.  USC right now is trying both.  It’s a belt-and-suspenders approach to program destruction.

The current state of the football program is obviously the most important takeaway.  Nothing else is even close.  But that’s so obvious and, at this point, so boring, that I won’t spill much ink on it.

We can talk about how USC lost this particular game.  But the truth is it lost the way it often loses, because the very things that Clay Helton promised he was personally going to fix — penalties and turnovers — sunk the ship yet again.  And, of course, the offense still looks every bit as simplistic and containable as last year’s.  (Yes, USC was playing its third-string QB, but based on what we’ve seen, there’s not a whole lot of difference between any of the three right now.) The special teams are still coached by Wile E. Coyote from an Acme coaching manual.  And the defense continues its many years of subpar play.  Look how it compares to a conference foe that has no recruiting advantage but has excellent defensive coaching:

What can we take from all this?  USC is going to struggle in just about every road game.  That should be a given.  Oregon at home will be a challenge.  UCLA is always a game to be concerned about, even though the Bruins are embarrassing this year.  (They were last year, too.)  Ultimately, this is a team that will probably finish within a game of .500.  Yes, it’s theoretically possible that USC will finish 10-2, win the conference, and win the Rose Bowl.  But unless USC beats Notre Dame and provides a legitimate reason for optimism, we should stop with that Rose Bowl talk.  Yes, it’s theoretically possible.  It’s also theoretically possible that Carrot Top will win the Nobel prize for chemistry.  I just wouldn’t recommend betting the mortgage payment on either of those outcomes right now.  This team is just not a Pac-12 championship level team.  It will still win some games.  But it’s not going to be great by November or by the end of the year or by whatever arbitrary future date Clay Helton is pointing to these days.  This team will win some, it will lose some, and it will probably do both in about equal measure.  That’s just what this team is.

Long-term we all know what this means.  But this is also boring to talk about.  We know what’s going to happen, and we know it will happen no later than the end of this season.  We know that it needs to happen.  We know that if USC had an athletic director, it might happen in the next few weeks, because the early signing day is creeping up and the recruits that jumped off the ship long ago are swimming as fast and far away as they can to avoid having the suction pull them under.  We need to blow the whistle and call them back to the life boats.  But USC likely won’t do anything soon, because USC doesn’t have an AD — USC hasn’t had an AD in 20 years — and therefore, this will all have to wait.  So be it.

That means there’s only one thing worth talking about, and that’s the short term prizes that remain to be claimed.  This team has two chances to salvage something this season, and the first opportunity is in two weeks in South Bend.

But I’m not going to talk about that game right now.  I need the bye week to rest and recuperate, to get my mind right, to watch some old footage of 1974 and 2005, to forget what we’ve seen in recent times, to generate some false hope.  By this time next week, I will have convinced myself that USC has a chance to beat the Irish, and I will put aside the negativity and use this humble platform to lay into Notre Dame, Brian Kelly, the Golden Dome, and that stupid leprechaun with everything I have.

But not today.  Today we just don’t have anything to talk about.  See you next week.