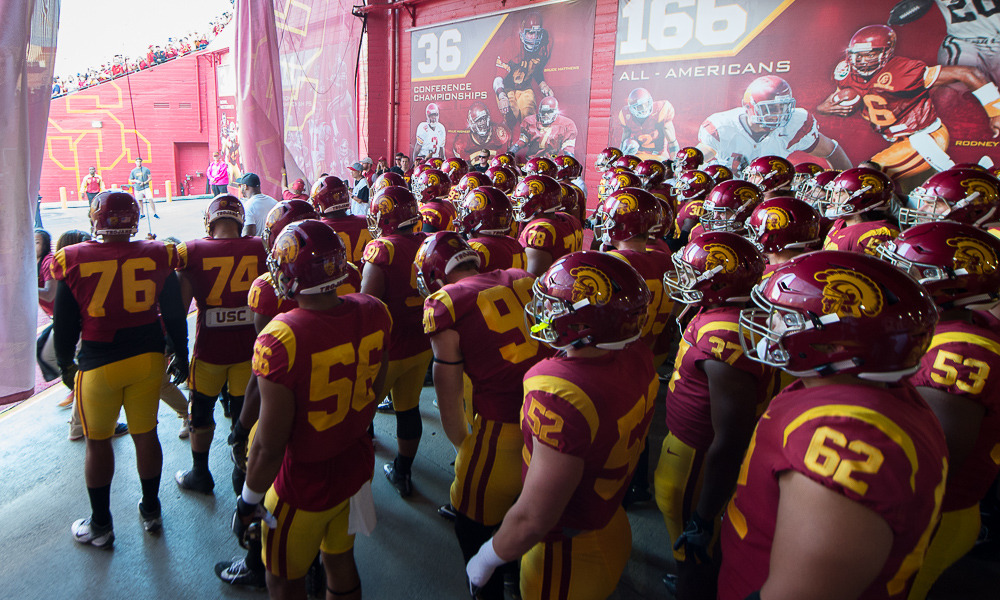 Nobody knows whether college football will be played this year. And if the season starts, we don’t know whether it will end early. The issues are complicated, and I will gladly profess that I have only opinions – many half-formed if not half-thought-out – and being that even legitimate experts disagree as to the state of the evidence, it’s hard for any of us to have much more than that.

That has not stopped people from offering their views. Computer science professors are now weighing in on whether college football should be scrapped this year because of the virus. And for reasons that elude me, much of the media seems interested.

Dr. Sheldon Jacobson, a professor at the University of Illinois, sparked a series of articles this past week about how people will die if college football is played this year. An example is this Dennis Dodd article at CBS Sports.

Since we don’t pull punches in Musings, let me say this as delicately as I know how: Virtually every article discussing Dr. Jacobson’s conclusion was nonsense. Not because the conclusion was wrong; reasonable minds can disagree on whether college football should be played this year. No, the articles were nonsense because Dr. Jacobson has no more expertise on this matter than any random person reading WeAreSC.com. And while we may disagree on a great many things related to COVID-19, we should at least be able to distinguish between the opinions of legitimate experts and the conclusions of people who know no more about COVID-19 and its risks than we do. Dodd’s article fails even that elementary test.

Let’s look at Jacobson’s conclusions – taken directly from Dodd’s article – and then we can check his work, something my math teachers always used to think was important.

This is how he starts: “A few of them [college football players] could end up in the hospital, and you’ll have a small number who could die,” Jacobson told CBS Sports. “I don’t want to sugar coat it for you. I just want to give you the facts. … If everybody comes together under normal circumstances, we’ll probably see that kind of outcome.”

Okay, so he thinks it’s possible that somebody will die. But it appears Jacobson is speaking with a certain amount of humility here. He says a “small number … could die”and “we’ll probably see that kind of outcome.” We’ll see in a minute whether his number-crunching supports his conclusion, but it’s not a crazy conclusion to the wrong question.

But then something changes: “I guarantee someone is going to die,” Jacobson said. “The virus does not discriminate.”

Whoa, cowboy! Jacobson’s certainty grew exponentially during his conversation with Dodd – I can only assume he was revising his calculations with new and better data as they spoke – and he goes from someone offering humble predictions amid great uncertainty to slinging about guarantees like he’s the Broadway Joe of the Illinois computer science department. He now guarantees somebody will die.

Not only that, but the guy who “just want[s] to give you the facts” also dissembles with the factually untenable statement that “the virus does not discriminate.”

Yes, it does, and let’s stop lying about that. I understand Jacobson to be saying that COVID-19 does not treat young, healthy people differently than old, sick people. And if that’s what he means, then his statement is unequivocally untrue. COVID-19 does discriminate. It kills old people and sick people in vastly higher numbers than it does young, healthy people. There is no debate about that.

And it is possible to guess as to the numbers who will die, though it is difficult with the current state of the data.

Therefore, regardless of what we think about Jacobson’s conclusion, why are national media figures writing articles about him? He offers a non-expert opinion on a subject about which practically every college football fan in the country has an opinion. My aunt Hilda no doubt has an opinion on the subject. Maybe CBS Sports should interview her as well. Isn’t she entitled to an article?

One of the primary goals of education was to help people analyze information and make sound decisions, including the ability to consider the source of the information before accepting it as authoritative. Yet our national media is quoting the conclusion of a professor without any apparent understanding as to what makes his opinion on this subject news-worthy? Does he have any background in infectious diseases? It does not appear so. Does he use his computer science expertise to engage in some complicated algorithms to predict deaths? No. Does he have expertise not available to yokels like me and you? It appears not.

Jacobson’s opinion isn’t expert opinion. It isn’t newsworthy. Yet it’s splashed all over the internet. It’s also almost certainly wrong, by the way. His 30-50% infection rate seems pulled out of thin air. The confirmed infection rate is currently around 7.6%. If Jacobson knows how the infection rate goes from 7.6% to 50% in a few months, that would be relevant information that somebody might want to share with us. Nobody does share that with us.

No football means all of these players are safe. But why? Is Kedon Slovis going to be locked in a basement with a mask on his face until a vaccine arrives? What if the vaccine takes years to develop? Will he never venture forth? Presumably even Joe Biden will leave his basement in January to take the oath of office. I have to assume that football players from USC and other colleges will also venture forth occasionally.

Specifically, what is the increased risk that college football players will die of COVID-19 if we have a football season versus the risk if we don’t?

It may be that college football should be cancelled. I don’t think it should be, but my expertise is no greater (or lesser) than Jacobson’s or Dodd’s, and we can all reach our own conclusions.

My own view is that until a vaccine is developed, we will have to learn to live with the virus. We should take steps to slow the spread, but the virus isn’t going anywhere, and we are in the early stages of developing the hoped-for vaccine. Thus, most college football players will eventually encounter the virus, whether the season is cancelled or not. It is not clear that having a season is likely to change in any dramatic way the likelihood that they will be infected. And when they do encounter the virus, the vast majority will be just fine, because college football players are young and healthy, and therefore fall into the low-risk category.

Thus, for me, denying this group of low-risk people a major life opportunity, one that at the higher levels has significant career and lifetime earning repercussions, is irrational. I would play. I know some very smart people who disagree with me. And that’s okay.

So I can’t tell you whether college football should be played this fall. But the numbers provided here by Dr. Sheldon Jacobson can’t either.

I ran into a University of Arkansas fan the other day. It reminded me of one of my favorite moments as a USC fan.

Will you take a trip down memory lane with me?

In 2005, Arkansas came to the Coliseum. As some of you might know, USC was pretty decent that year, and they gave the Razorbacks a massive beatdown: 70-17. I forced my children to cover their eyes. There are some things that young eyes just shouldn’t see.

My family traveled to Arkansas for the rematch the following year. And Arkansas was pretty chippy. I don’t mean the players; I didn’t run into any of them. I mean the state.

The state was very cocky. There were articles every day in the local papers about how Arkansas was going to teach USC a lesson. Arkansas fans on the street were mouthing a little. And I understood it. Arkansas fans thought they had a talented team, and they did.

Darren McFadden and Felix Jones were both in their backfield. That Arkansas team rose as high as No. 5 in the national rankings that year and went to the SEC title game. That was a good football team. And Arkansas fans also knew that USC’s dynasty personnel were gone. There would be no Matt, no Reggie, no LenDale. Things may very well be different this time.

So Razorback fans were chippy. They were wearing their pig noses. They were doing that Pig-Sooey thing they do. It was weird. They were excited.

The Trojans, playing a bunch of new starters, delivered a Pete Carroll-style whuppin’. The state of Arkansas hasn’t seen abuse like that since Ned Beatty’s canoe trip. It was ugly. And beautiful.

And you should have heard the Arkansas fans whine. All around me, fans of Arkansas of the mighty SEC – SEC! SEC! SEC! – were yelling at Pete for running it home and having no class. After giving up 120 points in two games, Arkansas fans had nothing left to do but cry for mercy.

When division-winning SEC teams are crying for mercy because they can’t even make a game competitive on their own field to the soft surfer guys from the west coast, life is good.

Oh yeah, I shared that story with the Arkansas fan, too. I hope they enjoyed hearing it as much as I enjoyed telling it.