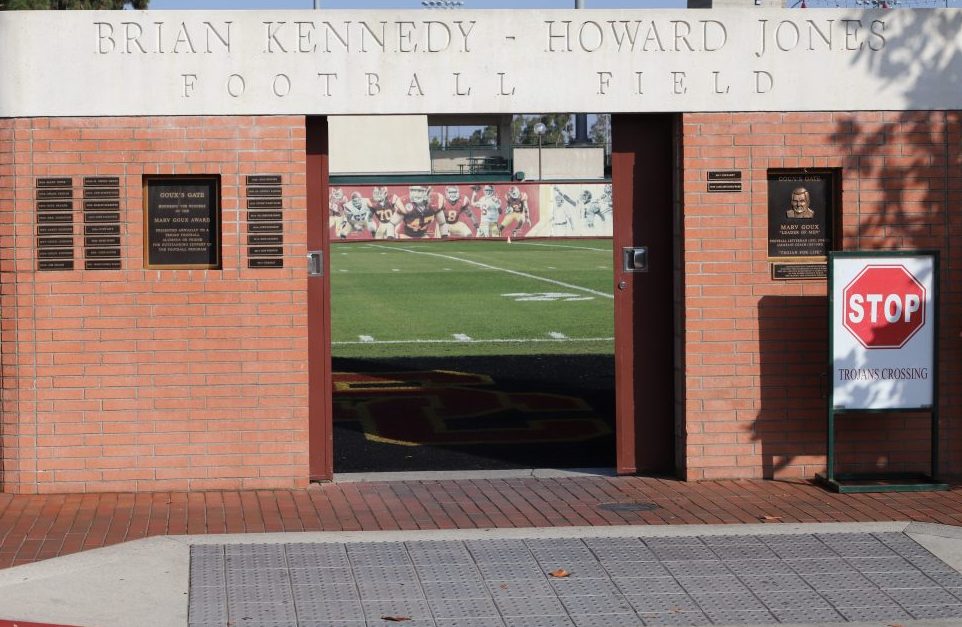 How do you respond when it’s just you? No fans screaming your name, no coaches studying your effort, no captains pushing you, nobody at all to hold you accountable. It’s just you on the goal line, dizzy, lungs burning, eyes squinting into a brutal sun, legs near mutiny already, and you’re only three down with seven 100’s to go.

It’s well understood that what happens on those twelve Saturdays depends a great deal on what happens those other 353* days. The best college football programs have cultures that intentionally drive excellence.  The program is focused on preparation, on the challenge, on out-working your opponent. They develop accountability systems to keep people focused, motivated, maybe even a little bit scared. They foster a locker room culture where those who aren’t committed – who don’t do the workouts, who don’t go the extra mile – can become pariahs. If you want respect and admiration in that world, from your teammates, from your coaches, then you need to show great commitment, a willingness to prepare like a champion prepares.

But coaches and team leaders can only control so much. At some point, self-motivation must take over. The greats in any sport are almost always known for their exceptional work ethic. When Kobe Bryant died, so many of the tributes that flowed in focused on Kobe’s superhuman dedication to making himself better. Jerry Rice’s offseason work outs were legendary. So were Walter Payton’s. As Sweetness put it when asked about his grueling, offseason training program: “You get to a point where you have to keep pushing yourself. You stop, throw up, and push yourself again. There’s no one else around to feel sorry for you.”

In these days of social distancing and the cancellation of team practices and meetings, self-motivation takes on an even larger role than normal. Over the last few years, some have questioned how dedicated USC’s football program is to greatness and how much USC football’s culture tolerates taking the easy way out compared to the Alabamas, Clemsons, and Ohio States. That motivation will be put to the test this offseason.  Come September, we’ll see whether USC’s players were able to push through the pain, despite the lockdown-caused unaccountability, and prepare like champions.

We’ve had a “tournament” on the home page to identify the greatest USC football game of all time. And while the winner will not come as a surprise, it was fun to re-live so many great memories.

Now let me throw out my nominee for most-disappointing USC game of all time. No, not that one. Yes, the Rose Bowl against Texas was a gut punch, to be sure – no, that doesn’t capture it; that game was a prime Mike Tyson shot to your solar plexus immediately after stuffing yourself at Roscoe’s – but it still doesn’t top my list. As much as that game hurt, it was the end of a 34-game winning streak, it came after two straight national titles, and it was an unbelievable game against a great team. It hurt, bad, but I still felt grateful for an amazing run.

For me, the 1988 Notre Dame game was the worst. Part of this was my age. Wins and losses mean more when you’re younger. I’ve seen plenty of both now, my life is full of other responsibilities and concerns, and both the thrill of victory and agony of defeat are somewhat diluted.

But not in 1988. I was 15 and had only been following USC football closely for five seasons. I had never seen USC beat the Irish. I had never seen a great USC team (Yes, the Rose Bowl against Ohio State to wrap up the 1984 season was sweet, and that team had a special season in the works after beating top-ranked Washington.  But a USC football team isn’t great, and its season isn’t great, if it gets curb-stomped by both rivals). For me, this was it: my first chance to see a great team and a great season, like all the ones from yesteryear that my dad talked about.

It sure felt like a team of destiny. And after Rodney and the boys handled Troy Aikman and the Bruins in the Rose Bowl the week before, I was convinced nothing could stop the Trojans.

Nothing except four first-half turnovers, it turns out. And that was the brutal part. This wasn’t a last-second loss to a team led by one of the all-time legends of college football like that Texas Rose Bowl was. This was a USC team that fell apart. Notre Dame wasn’t dominant. USC moved the ball.  Notre Dame really didn’t. They had eight first downs, and outside of Tony Rice’s early touchdown run, only about 180 yards of offense.

This was USC driving to the biggest venue in college football, with the whole country watching, prepared to re-take its place at the top of the college football world, and wetting itself. It was like the Beatles taking the stage on Ed Sullivan and immediately tripping over their own feet, breaking their guitars, and having Yoko Ono appear on-stage to break up the band six years early. It was just unimaginably awful.

Well, alright, since I’ve already made everybody miserable, let’s carry on, shall we? My most-disappointing season? 1986.

The 1986 was not the worst team in USC history. Helton, Hackett, and Smith all put out worse teams in my lifetime. It wasn’t even Tollner’s worst team. His debut 4-6-1 team takes that prize.

But, for me, it was the most disappointing. Part of that was my age, as I’ve already conceded above. But there was something else: how many other teams can get your hopes up twice, and ruthlessly crush those hopes twice, in a single season? That takes a special effort.

USC had little in the way of preseason expectations. But after opening up 4-0, including back-to-back wins against top-10 teams, it looked like the Trojans might have something.

Then came a blowout loss to Wazzu. No, not one of those sneaky-good Wazzu teams that pop up occasionally. A terrible, piece-of-garbage Wazzu. A Cougars team that won only two other games that entire season. A Cougars team that had already lost to San Jose State. That was a gruesome loss. The type of loss that ruins coaching careers.

USC followed that up with a home loss to a good ASU team. (Real good, actually.  ASU beat Michigan in the Rose Bowl that season, although I don’t think any of us knew how good ASU was when they won at the Coliseum in the middle of the season.) I attended that game, but the only thing I really remember is Rodney Peete reversing field multiple times and taking what I believe was about a 70-yard sack (Rodney would get his revenge against ASU two years later with a score that should look familiar to our Bruin friends).

At this point, it looked like USC was just in for another lousy season. We’d have to take our lumps and hope Tollner could get things going the next season. Oh well; disappointing, but these things happen.

But wait – what’s this!? – hope is back? The Trojans win three straight, including wins over top-20 Stanford and Arizona. Now the Trojans are back in the top 10 and sitting at 7-2 with the rivals coming up. Beat the Bruins and the Domers and we’ve got something here.

30-0? Seriously? At the half? With a Hail Mary TD at the half to really drive the shiv in just a little deeper? I’ve been to some horrific USC-UCLA games.  I’ve never witnessed anything like that. The shock is not that Ted Tollner was booed so fiercely the following week–you can read about that monstrosity in a minute, if you have the stomach for it; the shock is that he wasn’t taken off the sideline by an angry mob and buried on the golf course at halftime.

Do you want to know why I was able to deal with the Texas Rose Bowl game without committing any atrocities in Austin, Texas? It’s because I sat in the stands in back-to-week weeks against UCLA and Notre Dame in 1986. If you can do that and come out the other side, you can do anything.  It’s like being Solzhenitsyn and the day you’re released from the gulag being told that you got a parking ticket. After being through hell, you’re probably going to be able to shrug that one off.

USC lost its bowl game, too, of course. Tollner announced his resignation to the team before kickoff, and USC showed how much they cared by not bothering to show up on the field against Auburn.

Now that was a brutal season.

What?  Too depressing for you?  I’ll talk happy when somebody gives me a reason.