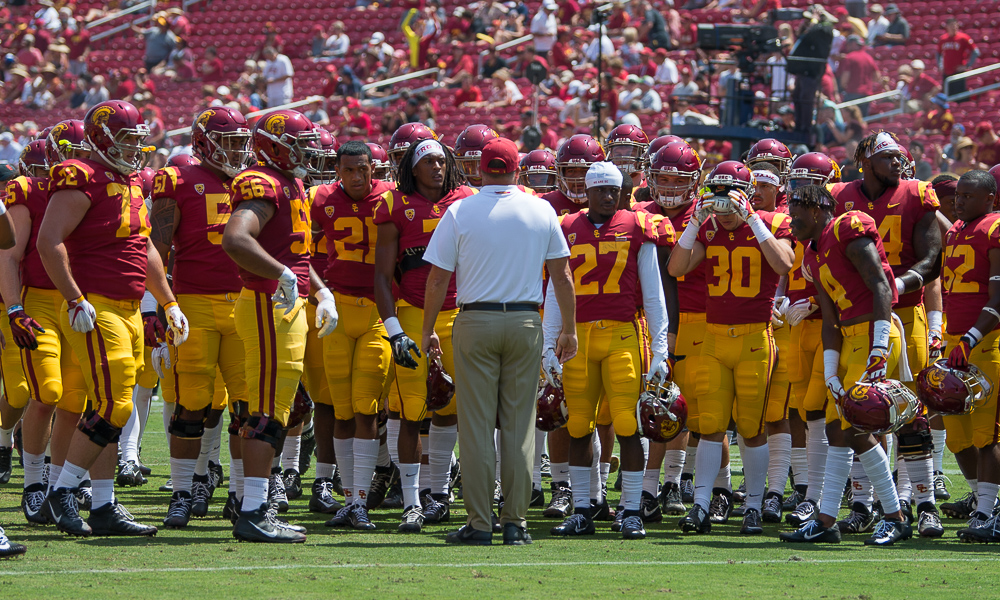 It’s the slowest time of the year. Can the season just start already?

While we’re waiting, here are my random thoughts at the moment.

The board has been lively over the last couple of days, ever since somebody stirred the hornet’s nest and got the Helton supporters and detractors at each other’s throats again. I like the back and forth, so I’m not complaining. I will say this: what people on this board think or say has no effect whatsoever on the coming season. This year’s team will tackle, block, throw and catch well – or they won’t. What you and I say doesn’t change that. Nor does it change how the coaches coach or how Lynn Swann does whatever it is Lynn does. We just don’t have that much power, people. I sometimes wish it were otherwise….

It is true, of course, that some players and their families might read these message boards. Whether that’s a good use of their time is a question for somebody else to answer. It’s also true that sometimes their feelings might be hurt by some of the things that are said here. Well, players, welcome to life as a grown up. Most of you have spent the majority of your lives being idolized by classmates and middle-aged football fans because of your freakish athletic ability. You capitalized to the tune of a free education at an elite institution and some of you are on the cusp of playing a game for millions of dollars. That’s not a bad spot to be in, even if you sometimes come across internet know-it-alls who are critical. Besides, the team went 5-7 last year; what do you want people to say? Win big and you go back to being idolized. That’s life as a major college football player. And you know what, it’s a better hand than most people have been dealt.

Don’t take too seriously the optimistic speculation coming from players this summer. Players are always positive. The offseason is always good. The team is always ready. The lifting program is always going great. The reality is that it doesn’t matter what they think or what they say. They don’t know. Nobody does. I remember going into my senior year of college convinced that we had quality talent and had worked so hard that we were going to be successful. Then we went 1-9. I had no clue. I was too close to the situation, too emotionally invested, to make any objective conclusions. Besides, good conclusions are hard to come by before the real bullets begin to fly. Everybody is a good driver before taking the driver’s test. I know all of the players think things are great. We’ll see.

But don’t take too seriously the detractors either. This USC team will be better than last year’s team. Even if nothing changed substantively, the team was likely to be better. Last year’s team was one of he worst in modern USC history. It was an outlier. You would expect some reversion to the mean even if everything stayed the same.  But everything isn’t the same. Clay upgraded his coaching staff. The QB’s have an extra year of experience. The offense will almost certainly look like a real offense; if the offense were art, I can’t promise you that this year’s version will be a Michelangelo, but it will at least be a recognizable landscape or portrait and not the finger-painted madness of a sugared-up kindergartener like it was last year. The team will be better. How much better? That’s the big question, and nobody has any idea yet.

Does Graham Harrell realize how much weight he is carrying on his shoulders? This isn’t the first time a coordinator has taken on the role of savior for a blue-blood program. But it may be the first time that a blue-blood program expected salvation from a very young coordinator from North Texas who ran somebody else’s offense and only for only a couple of seasons. I’m impressed by Harrell’s talk. I’m thrilled that we don’t have the Helton-Tee or Helton-Helton-Tee circus act anymore. I think the offense this year will look like people know what they’re supposed to be doing. But, wow, the weight that young guy is carrying on his shoulders. If he succeeds, he’s setting himself up very well. If he doesn’t, well, let’s not talk about that right now.

I think we see more slippage from Stanford this year. I know they have experience at QB. But I think that program is eroding. Shaw did a nice job sustaining what Harbaugh built. Shaw is a quality coach. But this is a offensive-fireworks conference, and Shaw doesn’t coach to score points. Nor does Stanford have the athletes defensively to shut people down. They’re big, tough, and disciplined. They’ll be a tough out again this year. But I think they’re more likely to be 7-5 than 10-2.

I hate Oregon, and I hope they crash and burn. I hope the NCAA bans alternate uniforms and video games in the locker room so Oregon can go back to winning three games a year. If a zombie apocalypse breaks out, I hope it starts in Eugene. Actually, I’m virtually certain that it would. I know I’ve said it before, and I know it gets tiresome, but I really do hate Oregon, and I’m told it’s bad to keep these things bottled up inside.

Can somebody please explain to me why Florida State hired Willie Taggart? Did he “know Florida State”? I found the hire perplexing at the time, and now it seems everybody finds it perplexing. FSU needs to figure something out so Clemson doesn’t have such an easy go of it. Psst, Miami. You, too.

Chip Kelly really intends to win football games with a roster of one-star, Oregon State-level recruits? Maybe he’ll pull it off, but it’s hard to make sense of what’s going on over there. Does he think he knows more than every other coach in the country? Are these really his guys? Or does he just refuse to play the game like everybody else and therefore has to take what he can get? Ah, whatever. He’s a strange dude, and I hope he crashes and burns.

So Art Briles is coaching high school football in Texas again? His team will win, I don’t doubt that. And if they win enough, maybe the people of that town will be able to sleep at night. I wouldn’t be able to.

Did anybody here send a thank you note to Kevin Sumlin for running a drop-back passing attack with Khalil Tate? Someone really should. I know Tate was gimpy last year, and maybe Sumlin will let him loose this year. But with Sumlin, I’d always expect more success on signing day than Saturdays in the fall. I say keep that guy in the pocket, Kevin, and let’s see what he can do. Do you think USC will have Lynn Swann make any appearances on the video screen this year? I’m curious to see the crowd’s response if they do. If I were Lynn, I’d wear a hat, sunglasses, and a fake mustache to every game, and I’d never leave the tower.