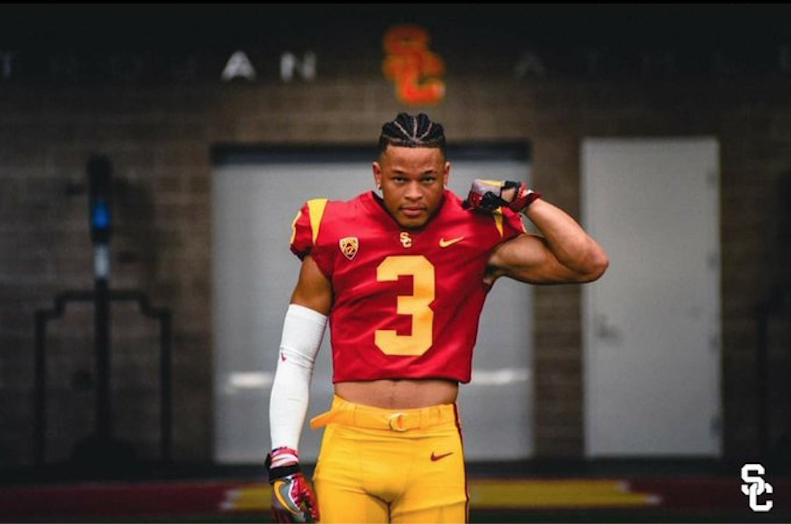 Michael Jackson III has been working hard this offseason, knowing that he might have an opportunity to enroll early at USC and make a quick impact with both Tyler Vaughns and Amon-Ra St. Brown off to the NFL and all those receptions waiting for new receivers to step up and grab them.

Through two practices, he’s made two eye-opening plays. On Tuesday, he snagged a pass on a crossing route from quarterback Kedon Slovis and turned upfield for a big gain. On Thursday, he hauled in a touchdown grab with just one hand, beating good coverage from cornerback Adonis Otey.

Jackson looks physically ready to play at this level and it wouldn’t be surprising if he’s able to make some kind of impact this season, though veteran receivers such as Drake London, Bru McCoy, K.D. Nixon, Gary Bryant Jr. and John Jackson III won’t easily be displaced.

It will be interesting to see if Jackson can keep up his stellar start once the pads start coming on for Saturday’s practice.

USC’s wide receivers are also not going against the Trojans’ top cornerback, Chris Steele, who has been held out of practices so far. But Steele has his sights set on shutting down plays like that once he’s back on the field.