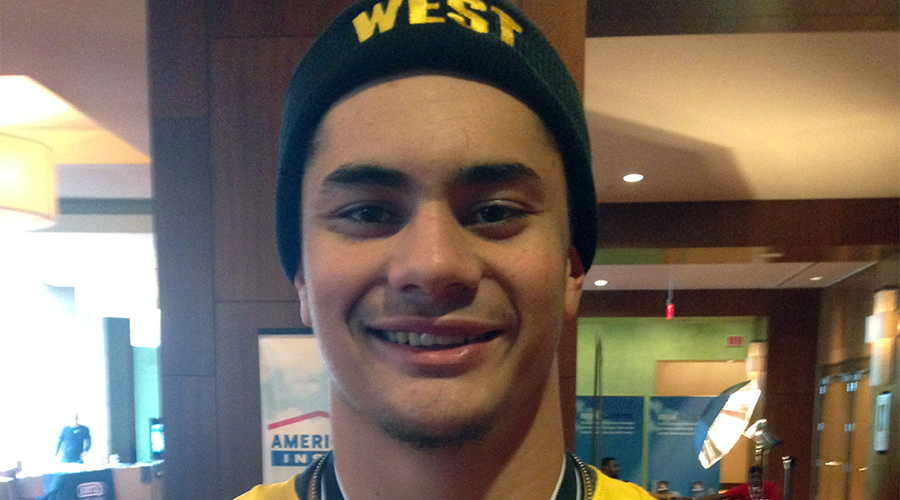 The Trojans added another big piece to the class of 2015 on Friday with the news that ESPN 300 linebacker Osa Masina will sign with USC.

Masina offers so many of the traits you are looking for in a linebacker with a 6-foot-4, 230 pound frame, sideline-to-sideline speed, football instincts and a very physical nature. His performance in the Army All-American game stood out as he was all over the field making plays.

In 12 games this year at Salt Lake City (Utah) Brighton, Masina compiled 97 tackles (50 solo), 10 sacks, two forced fumbles and one interception on defense, and on offense he caught 11 passes for 168 yards and two touchdowns while also rushing for 596 yards and eight touchdowns on 94 carries.

Masina is ranked as the No. 77 player overall by ESPN and the No. 8 linebacker, with an impressive Scouts grade of 84. He chose the Trojans over UCLA and ASU.

The commitment gives USC a total of 21 verbals for the class, which means three more available spots as of right now. USC is allowed the full 25 scholarship rides this year and has already used one spot for kicker Matt
Boermeester, a blueshirt enrollee who was on the team last fall.

Masina will pair with Cameron Smith at the linebacker spot in this class for the Trojans, and USC is still a strong candidate to land other linebackers John Houston and Porter Gustin (who could also play rush end).