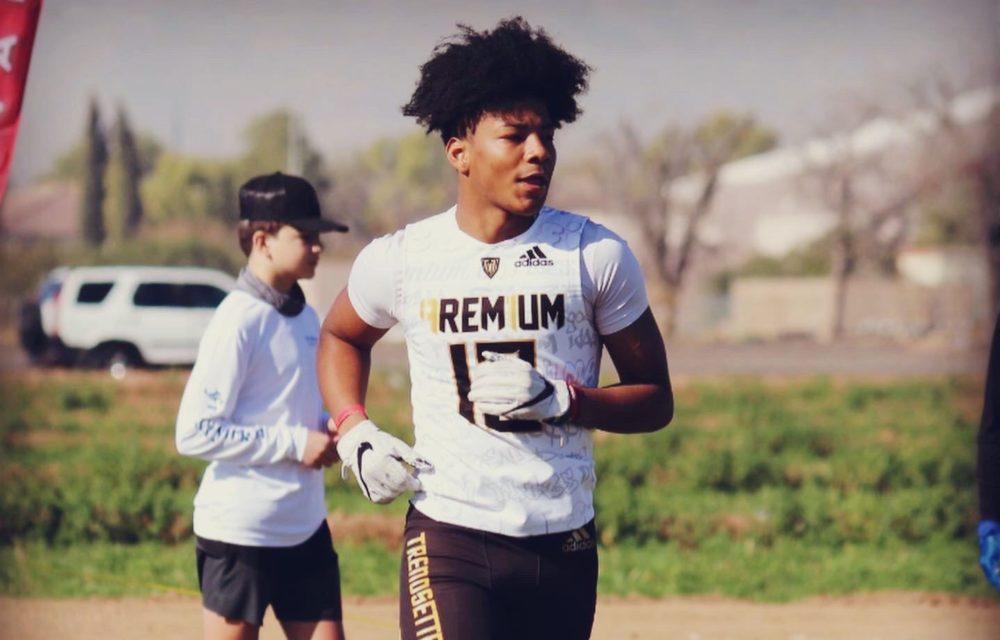 You might not hear the name Makhi Connor much if you go to an Inglewood football game or a 7-on-7 event with the Premium program in attendance. But that’s not because the class of 2023 defensive back won’t be making plays.

Instead, it’ll be shouts of “Hollywood!” that follow and precede Connor.

It’s a nickname Connor picked up back in New York, where he was born and raised. He said part of it came from his consistently showing up to tournaments with sunglasses on, and the nickname stuck.

Last year, Connor’s uncle moved from New York to Los Angeles and Connor came with him, landing a few miles away from Hollywood. Connor said the decision to move came out of the blue, but he likes the California and Los Angeles atmosphere and plans to play the rest of his high school career here.

“It was like a dream,” Connor said of the ability to move across the country. “It’s a dream to come out here and ball.”

The exposure that high school football players get in New York is minuscule compared to California in general and Los Angeles specifically. After a nice showing at events and this past spring football season, the 6-foot-1, 180-pound Connor now holds offers from Arizona State, Ole Miss, Pittsburgh, UNLV and USC, with likely many more on the way.

“He’s a natural leader and willing tackler,” James said of his defensive back. “He has natural ball skills.”

USC defensive coaches have been clear in how much emphasis they put on recruiting safeties to play in this Todd Orlando defense. At least three are on the field at virtually all times and they are asked to do everything from get to the quarterback, stop the run in the box, cover wide receivers man-to-man in the slot, range sideline to sideline and stick with routes deep down the middle of the field. There will be six new additions at the position this fall, but making sure numbers don’t dip down at those positions will be a priority for the coming classes as well.

James said USC likes that Connor can play deep safety or nickel, and that he can hold his own in coverage.

Connor also prides himself in his ability to communicate on the field as a leader and his determination in the weight room. He said one of the things he wants to impress people with this summer is his physical transformation. He has the big personality to back up the “Hollywood” nickname in how he has fun talking to opponents before and during games.

Connor will get another opportunity to shine for a loaded Inglewood program this fall. Quarterback Justyn Martin is headed to Cal. Athlete Clint Stephens just committed to UCLA. Linebacker Tariq Al-Uqdah is committed to Washington State. Those three are 2022 prospects who held USC offers. And the Trojans are chasing 2022 running back Tomarion Harden, a 6-foot-1, 230-pound big back.

At this point, USC does not have a commitment in the 2023 recruiting class. USC’s 2022 recruiting class is the No. 25 group in the country with just five commitments in it, including five-star cornerback Domani Jackson (Santa Ana, Calif./Mater Dei).