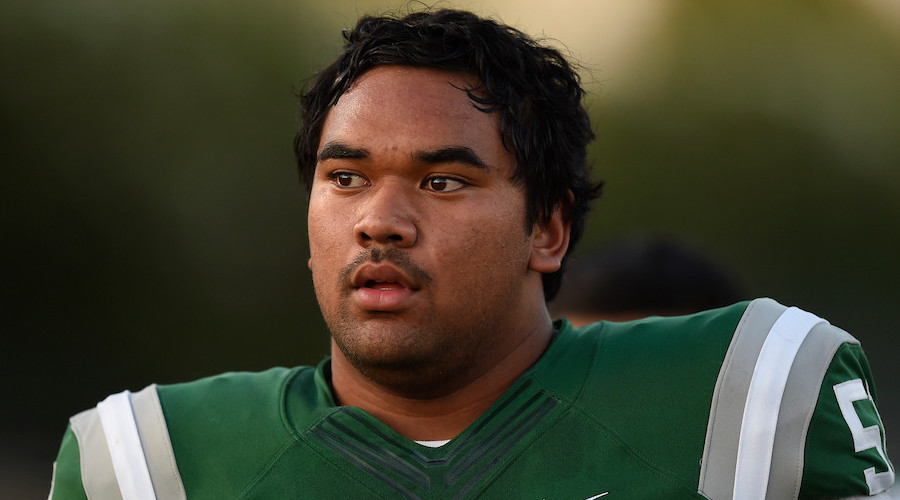 The USC football program received some big recruiting news on Sunday when De La Salle defensive tackle Tuli Letuligasenoa announced via social media that he was committing to the Trojans.

Letuligasenoa (6-2, 295) is considered one of the top 10 interior defensive linemen in the nation, and one of the top 125 players overall, according to the various recruiting rankings. He is a two-year starter along the defensive line for the Spartans, traditionally one of the top high school football programs in the country, and his offer list also included schools such as UCLA, Oregon, Washington, Notre Dame and Nebraska.

It is the 6th verbal commit in the Class of 2018 for the Trojans, and a continuation of the recent string of recruiting successes at defensive tackle (Marlon Tuipulotu, Jay Tufele, Brandon Pili in Class of 2017).