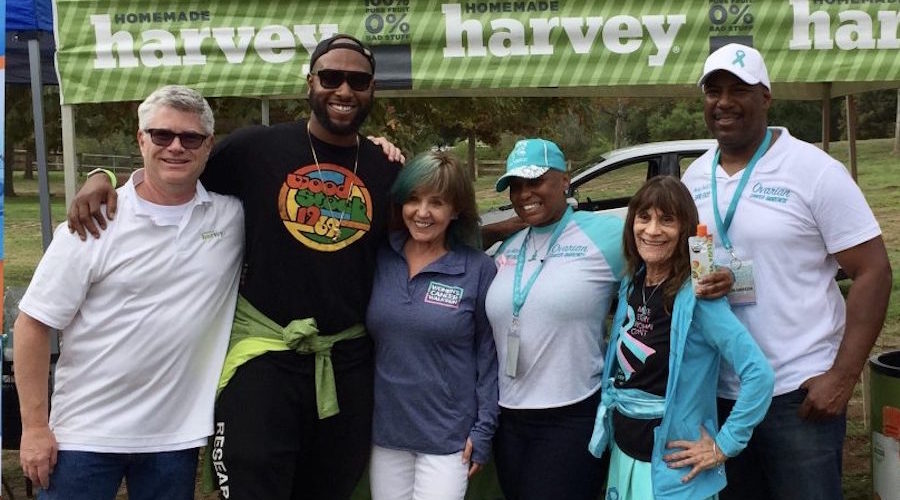 “Kids are not born innately knowing what opportunities lay before them.  Someone who knows has to show them.”

Listening to those words, you would think you were talking to a modern-day philosopher or motivational speaker.  In many respects you probably are.

Former Trojan standout Lawrence Jackson sits across the table, talking about his business goals and life endeavors, having retired from the NFL.  But what he describes isn’t just business, and it isn’t just a lifestyle.  It is an ambitious vision, to improve the black community as a whole, starting in his hometown of Inglewood.

“I’ve always felt my purpose is to give back,” Jackson says.  Many football players talk about one day giving back to their communities.  And for many athletes, that talk remains talk.  But Jackson isn’t just any other athlete.

Barnes and Noble and Shark Tank

While he was with the Lions, Jackson devoted a substantial amount of time in a Barnes and Noble in Detroit, reading business and entrepreneurship stories, trying to figure out what he would do after his pro days were over. While he was with the Vikings, his choice of leisure was watching Shark Tank. “I knew I wanted to invest and become a business owner,” Jackson looks back. “But I also wanted to help the community.”

After his retirement from the NFL, in a move that would raise the eyebrows of many financial advisors, Jackson withdrew his entire NFL savings and investment portfolio, with the intent to redistribute his money the way he wanted, into various other opportunities, businesses and programs.  This was despite an “intervention” by his financial advisor and his family, who had pleaded with him to keep his money in a portfolio where it would grow at a safe rate of return.

The Opposite of Capitalism

He started a foundation called “RISE,” which stands for “Reimagining Individual Success and Excellence,” to tackle the biggest issues he feels face his local community in Inglewood: health, youth development, and “increasing the circulation rate of the black dollar within the black community.”

Jackson realizes that education is key to empower the local community and at-risk minorities. Complimenting RISE is “LACES,” which stands for “Learning and Collaboration to Enhance Success.” Jackson is currently working to develop seminars and classes to educate the local youth, showing that there is more to life than just football or cheerleading, and that you can use them as a means to get further in life.

With RISE’s vision at the heart of everything Jackson does business-wise, he says he only creates and invests in companies that will give back to the community. He calls it both a “21st century business model,” and the “opposite of capitalism.”

Keeping true to RISE, Jackson’s companies show commitment to health and youth development, while also giving back to the community.

Another business Jackson is involved with is SMARTfit Inc., whose products are better seen on video as words cannot do it proper justice, but in essence, they involve smart tech training equipment that provide cognitive and physical training benefits, and can also be therapeutic.

Since Jackson’s involvement with SMARTfit, the company has consulted with Dr. Charles Y. Liu, the Director of the USC Neurorestoration Center, to further enhance the technologies geared towards cognitive neuro-restoration, as well as with Chris Powers of the Movement Performance Institute, to develop protocol of usage for physical therapy.

To understand Jackson is to understand his love for the city of Inglewood and Inglewood High School, where his jersey still hangs.

Inglewood is at the forefront of everything he does. At a recent event where the Los Angeles Rams COO Kevin Demoff spoke, Jackson brought up to Demoff the opportunity the Rams have to get involved with the community of Inglewood, which the Rams will one day call home. While Jackson has the resources to open up businesses in any community he wants, he actively chooses to open businesses in Inglewood, including his dessert shop, Milk n Cookies.

“I want to create jobs. I want to create entrepreneurs. I want to create paths to avoid incarceration,” Jackson says. He is starting out in Inglewood, but his long-term vision is to improve the black community as a whole, which he also believes will ultimately help all minorities as well. He speaks of developing a consumer base that places an emphasis on total well-being and self-orientation.

The Art of War

Barrett was raised by Je’Ni Barrett, a single mother, and when he was in 9th grade, he was looking for a good positive male influence. Jackson volunteered at Inglewood High School and met Barrett. What Jackson has impressed on Barrett is that there is much more to life than just football. Barrett says he saw that Jackson was involved in other things, and that he saw potential in Barrett, and other football players at Inglewood High School, to also be more than just football players.

“He wanted us to be well-rounded, on top of being athletes,” Barrett says. Jackson asked Barrett and others to read magazine articles and books. Sun Tzu’s “The Art of War” is “the first real adult book I ever read through,” Barrett says. “It was a pretty good book.”

Jackson continues to keep in touch with Barrett and other alumni of Inglewood High School. “I look up to him as a big brother, who has made it to where he wants to go, both in the NFL and in entrepreneurship,” Barrett says. “I’ve learned from him that football is just a gateway to get you where you really want to go.”

Listening to Jackson talk about his businesses and projects and how he has chosen to invest his money in companies and local communities, you can’t help but wonder if he has the time to sleep. He is partnering with Torch and Torch 180 to teach culinary skills to disabled kids in Detroit. He is also working on a program to take to the Inglewood school district that both educates the students on healthier and nutritional eating, as well as teaches them how to have discussions over a meal to enhance dinner table conversation skills. He is partnered up with Bet Fluellen in Health is Wealth, a program teaches schools about better nutrition. He is starting the Milk n Cookies Scoop of Soul program, whose goal is to serve local civil needs like education and provide neighborhood clean up, food drives, and community support. He is involved with the Social Justice Learning Institute, which helps inner city students prepare for college. “I want to build something that reaches the kids.”

The amount of projects Jackson is involved with and balancing at the same time is impressive.  But the 4-year Trojan starter, Lombardi, Bednarik and Bronko Nagurski watch list, and All Pac-10 football player, takes it all in stride, and actually credits the game of football as helping to prepare him for his current balancing act. When Jackson would take the field, there were a lot of moving parts he needed to stay on top of. He had to analyze the down, the situation, distances, formations, stances, and alignments. Now he is analyzing nutrition, physical health, business vision, programs, investments and strategies, with the overarching goal to better the black community.

“It’s thoughtful, how he is using up his resources. He really is looking to address issues in the community in a thoughtful manner, long-term,” says Amber Gravely, who was an assistant learning specialist at USC’s Student Athlete Academic Services, and has worked with Jackson in developing the principals now seen in RISE. “It’s a testament to the kind of person he is.”

Jackson’s and RISE’s vision for a better community won’t happen over night. But change does happen one person at time. And the change that has occurred is best said by those Jackson has impacted so far:

“A beacon of hope,” is how Je’Ni Barrett describes what Jackson means to her and her son, Darien Barrett.  “I can’t put words to it.  When I talk about Darien’s story, I can’t talk about it without Lawrence’s impact.”