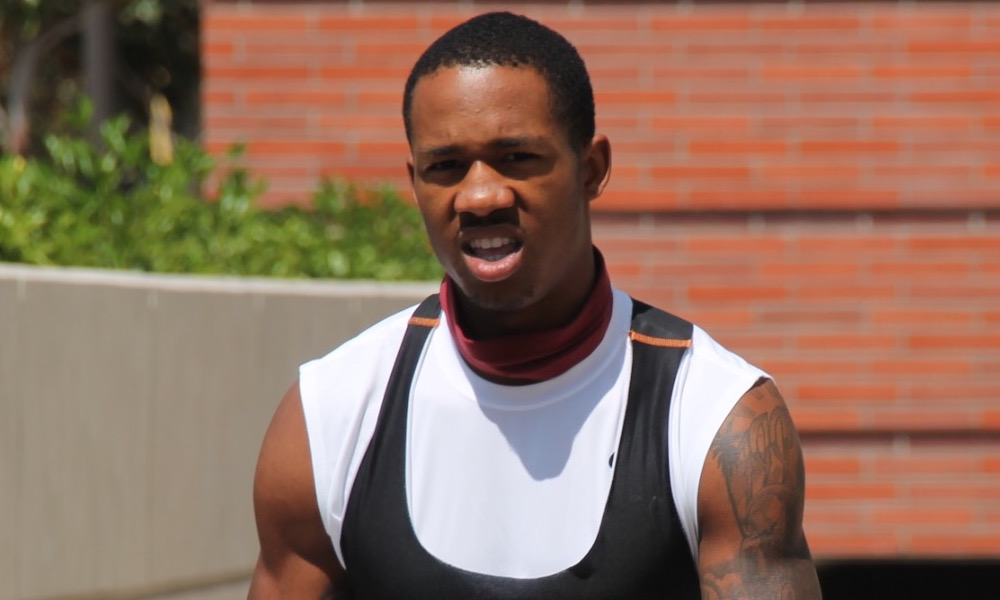 Jackie Jones, a USC defensive back who had been previously reported to be academically ineligible for the 2018 season, was arrested this morning in Ventura County for commercial burglary and conspiracy to commit a crime, per multiple reports. Both crimes are felonies. Jones is scheduled to appear in court next Tuesday.

Jones, who was held out of recent spring ball drills for academic reasons, was a starter at cornerback for the Trojans during the 2017 season as a sophomore and led the team in interceptions with four.

At this point with the news of his arrest it would seemingly make a return to the USC program all the more difficult but there has been no word from Trojan coach Clay Helton on the situation. Earlier this week Helton had been quoted as saying he was optimistic about the prospect of a Jones return to the team.

Isaiah Langley has been taking the starting corner reps in place of Jones since spring (and in the PRP this morning) with other options including Jonathan Lockett, Jay Godfrey, Chase Williams, Olijah Griffin and Isaac Taylor-Stuart.