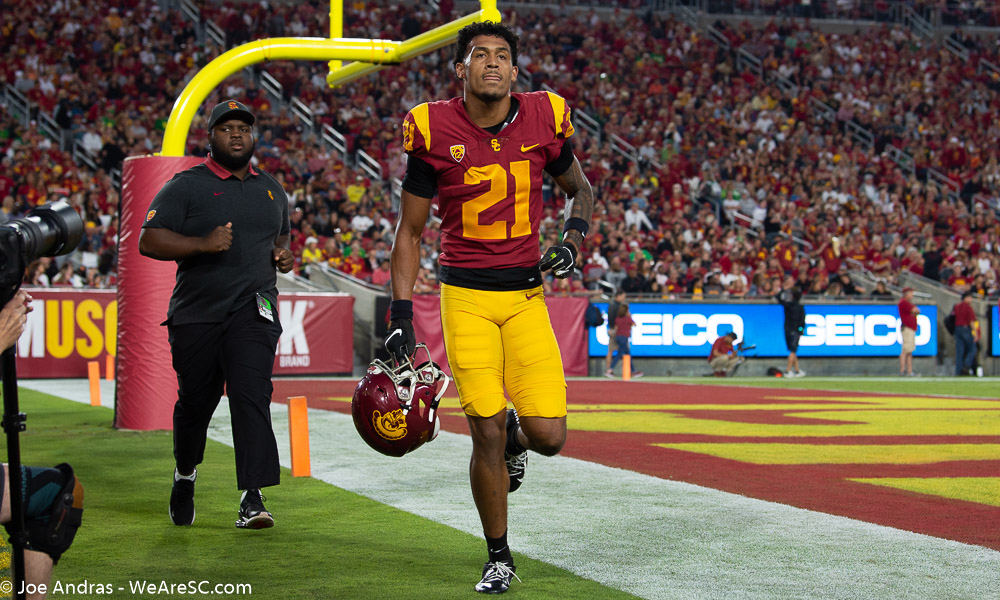 There is still a chance the USC community won’t be able to watch college football this fall, but Trojan safety Isaiah Pola-Mao spent his Friday making sure his presence was felt locally in a positive way. USC’s redshirt junior free safety delivered 100 free meals to the community around USC on Friday afternoon, and also addressed local youth, giving them on and off-the-field guidance on how to develop the skills necessary to make it to a school like USC.

“I just want to find ways to help people,” Pola-Mao said in a video covering the event. “In the smallest ways and big ways, so this is an opportunity for me and I love to take it.”

In addition to delivering 100 meals, Pola-Mao was scheduled to address local youth–8th graders and younger–to deliver mentoring and guidance on what it takes to follow his path to become a USC student-athlete. Pola-Mao is a non-governmental organizations and social change major at USC.

Pola-Mao is heading into his fourth year at USC and will be counted upon as one of the veteran leaders for a defense transitioning to a new scheme under defensive coordinator Todd Orlando. In his career–which got off to a slow start as shoulder injuries limited him to just two games over his first two seasons–Pola-Mao has 81 tackles, four interceptions and a forced fumble.

His forced fumble came on the very first play of the 2018 season. His four interceptions led the team last year, with his first one sealing the season-opening win against Fresno State. Pola-Mao also had a huge tackle for loss against Utah, as he knifed into the backfield to bring down Utes quarterback Tyler Huntley as he tried to run for a score on a third and goal from the one yards line early in the fourth quarter. Holding Utah to a field goal allowed USC to keep a one-point lead in a game they would eventually win, 30-23, over the No. 10 Utes.