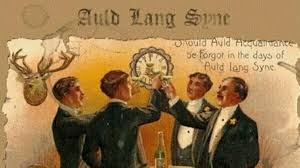 A song of memory: First, in order to appreciate any member of the CHFACC (Clay Helton Former Assistant Coaches Club), one must understand the translation of the sentimental and melancholy song, Auld Lang Syne, which is usually sung or played when the clock strikes midnight on New Year’s Eve. The translation of Auld Land Syne roughly translates to “Old long since” or “For the sake of old times.” However, before we begin to croon, a question: What is worse – not playing in a bowl game or getting clocked, 49-24, in the Holiday Bowl by the workmanlike and disciplined Iowa Hawkeyes team? Okay, we can now all pick up our hymn book and let the singing commence.

Best of the bunch: Reviewing the names of the dearly football departed, the one superstar assistant coach that stood out to me from the above listed was running backs coach DeLand McCullough, who was just exceptional but lasted just one season at Troy before heading off to the NFL and the Kansas City Chiefs… Let’s all continue singing together: “We’ll tak’ a cup o’kindness yet, for auld lang syne.”

The survivor: The only assistant coach remaining in these past four glorious seasons of Clay Helton USC football is linebacker coach Johnny Nansen, who has gone from a running backs coach to a jack-of-all-trades linebackers coach. However, Nansen’s biggest contribution has been on the recruiting front, which he has brought in numerous outstanding Polynesian players. Don’t blame Johnny for the Trojans’ current lowly position (10th) in the early Pac-12 returns for the Class of 2020… Let’s all sing again together: “We twa hae run about the braes. Amd pou’d the gowans fine.”

A toast to the enablers: And let’s not forget those athletic directors that have allowed the current football situation to go from the sublime to the ridiculous to the incredulous- like Pat Haden, Lynn Swann, and now Mike Bohn, whose time is dwindling to either change his public persona or perhaps release some unredacted document detailing why Clay Helton continues to have the support of Dr. Folt… Okay, let’s all sing together once again: “But we’ve wander’d mony a weary fit, sin’ auld land syne.”

The future: Yet, there is the one remaining football athletic department employee who has survived it all, and his name is head coach Clay Helton. Heck, the Titanic might have survived if it had Gentleman Clay as its captain… Let’s all sing together: “We twa hae paidl’d i’ the burn, frae morning sun till dine; But seas between us braid hae roar’d sin auld lang syne.”

A star announces: Not unexpectedly, Corona (Calif.) Centennial High standout wide receiver Gary Bryant Jr. announced at the All-America Bowl in San Antonio on Saturday that he would be a Trojan. While not a shocking development, the real shock would have been if the wide receiver with a heavy lean towards USC would not have committed to the air raid offense of Graham Harrell. Bryant’s performance in the All-America Bowl was impressive, as he teamed up early with former Trojans’ QB commitment Bryce Young (Alabama/All American Bowl MVP) for a long, early first quarter touchdown. Gary will enter Troy for this spring semester.

A star announces – Part 2: Gary Bryant Jr. actually signed his LOI in the early December signing period, but the Trojans kept it quiet so the kid could make the announcement on national television at the All-America Bowl. On his decision to attend USC, Gary told the NBC audience, “It (USC) just felt like home for me. They have an air raid offense that I feel I can go in there and play big in. I always want my mom and dad at the games, and they supporting me. It’s a big thing.”

A star announces – Part 3: While the WR Gary Bryant Jr. announcment was certainly a pleasant development for Trojans’ fans, it couldn’t blot out the fact that a number of players in the All-America Bowl looked at USC hats among their four other options on the table but selected other universities. Certainly not unexpected, but the reality live on NBC television underscored a painful and sober reality of Clay Helton’s recruiting credibility and the current state of USC football in the eyes of recruits. Among those that had USC hats on the table but went elsewhere were CB Dwight McGlothern (Spring, Texas/Klein Oak) to LSU, CB Darion Green-Warren (Harbor City, Calif./Narbonne) to Michigan and WR LV Bunkley-Shelton (Gardena, Calif./Serra) to Arizona State.

A star announces – Part 4: With Gary Bryant’s announcement at the All-America Bowl, the Trojans nationally in the 247 rankings rose from No. 76 to No. 56 and in their Pac-12 ranking went from last to No. 10, jumping Arizona and Washington State.

A legend speaks: From former USC Heisman Trophy winning quarterback and retired NFL star Carson Palmer in a Times story regarding his beloved cardinal and gold, “It’s hard to engage when you’re very prideful about something. It’s frustrating, like anybody with their alma mater, when you just disagree with some of the things that are going on. You know how good it can be, and how easy — not that it’s easy — but, man, we should be a top-five recruiting class every year. How are we not?”

Mr. Lonely: As legendary former Dodgers announcer Vin Scully said of Sandy Koufax’s perfect game in the top of the ninth inning against the Chicago Cubs, “The mound at Dodger Stadium is the loneliest place in the world.” I don’t think Vinny has been in the campus office of the USC Ticket and Promotions Department and met the person in charge of 2020 USC football season tickets and Scholarship Tower sales.

The Portal lives: In what could be a dominoes effect, Trojans wide receiver Velus Jones has once again put his name into the NCAA Transfer Portal, but will he be the last or is that a rhetorical question?

The bigger question: With the deadline for underclassmen applying for the 2020 NFL spring draft approaching (Jan. 20), how many Trojans will enter their names into it? The featured names that could go include OLT Austin Jackson and DT Jay Tufele. That doesn’t mean there won’t possibly be others like WR Tyler Vaughns and ORG Alijah Vera-Tucker. With the possibility of a large number of players either going to the NFL draft or the NCAA Transfer Portal, Clay Helton’s optimism for a very successful 2020 season could be tempered.

BTW: Did you watch the Rose Bowl Game between Oregon and Wisconsin. I had to watch because it is such a tradition that I would feel guilty if I didn’t watch it. I found the game to be highly entertaining, especially the final quarter. And, BTW, what a great job of having fundamentals and a philosophy on both sides of the ball by Wisconsin Badgers head coach Paul Chryst. Even though the Ducks won, I appreciate what athletic director Barry Alvarez and head coach Chryst have done in a state that lacks quantity of quality players. The Badgers key to success is player development with what they have, and, boy, do they do a good job of that.

A rooting interest: Given all that we know, how could you not root for former Trojans’ D-line and interim head coach Ed Orgeron in his quest as LSU head coach to win the national championship?

Foreshadowing: If LSU wins the national title under Orgeron, not only will it have a major impact for LSU football, Coach “O”, and college football in general, but the repercussions will come like a major body blow to the USC football universe.

Viewing party: Just how many more “former” Trojans will be at the New Orleans Superdome on Monday night, Jan. 13, to support Ed Orgeron in his quest for a national title for his beloved LSU Tigers?

Caller No. 1: Did you ever attend a Rose Bowl Game that USC didn’t play in? Caller No. 1, I most certainly did. I first did it when ‘Pac-8’ champion Stanford and quarterback Jim Plunkett and their defensive line known as the “Thunder Chickens” defeated No. 2 Ohio State, 27-17, in the 1971 Rose Bowl game. The following year, the 1972 Rose Bowl, Stanford and quarterback “Dr.” Don Bunce upset Michigan, 13-12, on a Rod Garcia 31-yard field goal with just 16 seconds remaining in the game. While those Rose Bowl games felt a little different without the Trojans, the Rose Bowl is still the Rose Bowl.

Caller No. 2: Is it me or do I see more Oregon fan shirts than USC stuff on the streets of SoCal? Well, it depends on how you define “more.” The way things are right now during the Clay Helton era, there are a lot of USC fans who have put their USC gear into the closest waiting for a more appropriate time to pump their chests out.

Caller No. 3: If Clay Helton decided to hire former Trojans linebacker great Chris Claiborne as either a linebacker coach or a grad assistant, would that help recruiting? Caller No. 3, it certainly wouldn’t hurt. Yes, it could make a difference but so could naming a respected defensive coordinator, as well.

Caller No. 4: What will it take for the Trojans to win the Pac-12 South next season? Wow, I am still recovering from the 2019 disaster that was the SDCCU Holiday Bowl, but since you asked…The Pac-12 South is going to be very average, but I suspect that ASU could be the Trojans biggest challenge if the game were played today. Although USC plays at rebuilding Utah, they also play Colorado at home, which will have a new quarterback and no WR/RB/ST Laviska Shenault Jr. (NFL). The Trojans should be able to handle a very shaky Arizona program in Tucson. UCLA? Too early to make a call on that one, but it is being played in the Rose Bowl next season.

Caller No. 5: How did you spend last Tuesday night’s New Year’s Eve? I executed the “old folks” plan. I spent the evening with my girlfriend and her daughter and husband and ate Chinese food while waiting to watch the ball drop in NYC’s Times Square. Oh yeah, also had the heater turned up to 79 degrees. And, no, I didn’t wake up early Wednesday morning to watch the Rose Parade.

The Final Word: When LSU plays Clemson on Monday, Jan.13, did it dawn on you that both LSU and Clemson are both known as the “Tigers”?