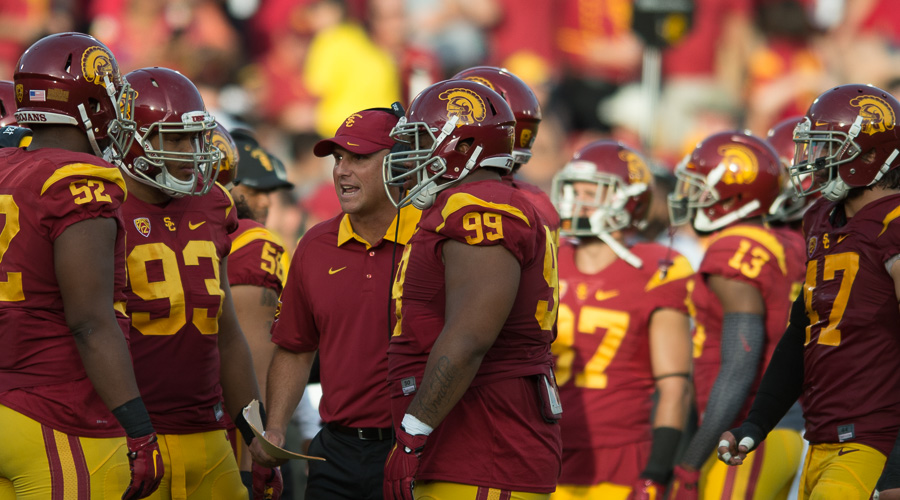 It was his perception as much as his direction that won Clay Helton the permanent gig as USC head coach.

Helton’s vision of what Trojans football should be is the one everybody from athletic director Pat Haden to just about every die hard USC fan out there has been hoping for ever since Pete Carroll left.

“Great defensive effort, the ability to run the ball plus good special teams – that’s how you win championships,” Helton said after that 40-21 exclamation mark victory over UCLA on Saturday.

Physicality over finesse. A bruising running game over a flashy pass-first style. A tough, hard-nosed, attacking defense over a loose, laid-back, read and react approach.