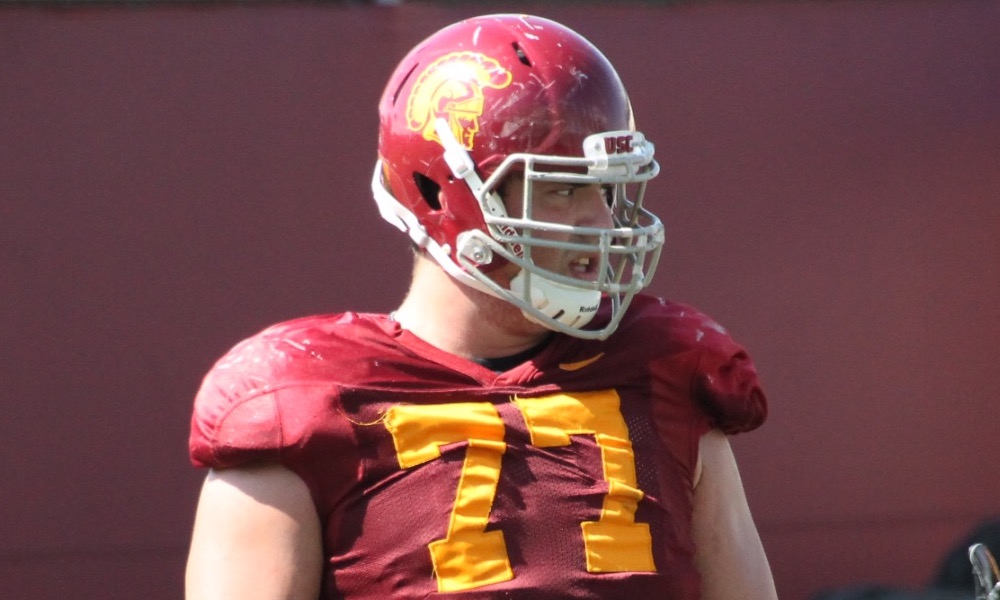 Carr may be listed as #4 on the depth chart here but that is a lot of deference to the two veterans ahead of him (both very good in their own right).

If the Trojans are going to use a fullback, Peters is the guy

There’s a lot of talent in this rotation. I continue to think that Tyler Vaughns earned a right to start with his performance but I also don’t think it’s a huge deal since the Trojans rotate so much at receiver. Tyler will end up getting his share of catches. Jalen is a dependable option and kudos to him for earning a starting spot in his first full year of training for receiver the whole off-season.

Burnett has been working on the outside a lot but is being listed here in the slot. Wherever you list him, Deontay is the man at receiver heading into the season. It will be interesting to see how much of an impact Velus Jones can have with his speed.

Nice job Mitchell to shake the rust off after a knee injury and finish camp strong enough to get a starting nod. Pittman is out for the foreseeable future with a high ankle sprain.

This rotation is impacted by the fact that projected starter Daniel has not been able to practice much due to a hip flexor, and this practice week will determine if he even plays this game.

Toa was expected to be at left tackle if healthy, and that’s how things have turned out. Austin Jackson played well enough to see Clayton Johnston, who was also playing well, get moved to right tackle.

This is the opportunity Chris Brown has been waiting for, and there are many who look at him as the key to the performance of the offensive line.

Nico is a fixture at center right now, and Toa can also move if needed. Good depth for the future.

Viane is the established veteran, and I’m paying attention to the move of Vorhees in recent days as the potential key reserve.

Another spot with good depth for the future.

A position of good strength.

A position of even better strength, especially if Bigelow can stay healthy and give any kind of consistent production to finish his career the right way.

This is primarily a part-time role, as this DE spot comes off the field in nickel situations. Dorton has worked his way into being a solid option here.

No surprises here either. Echols will miss time in the early part of the season due to medical issues.

Smith will miss the first half of this game and it will be Iosefa in the starting line-up. Jordan played well this fall, he’s not Cam, but he should be more than enough to hold things down for a half against the Broncos.

Two athletic guys. There are a lot of people looking at Houston as a key to the SC linebacker play as the one new starter.

Marshall enters his 3rd year as a starter and don’t be surprised to see Cook get some extended work.

Jackie is the most talented option to throw out there in Adoree’s old role, and teams will make it a point to test him early. Langley had a good veteran camp.

No surprises. Ykili has played well since being move to the nickel spot.

Good group. Hawkins had the recent honor of being named a captain, and Pollard brings a similar mental approach to the game. Bolden makes plays, plain and simple.

That’s the biggest OR on this chart, and we probably won’t know which one is the guy until they get the opportunity in a game.

Budrovich has made this closer than expected with a good incumbent.