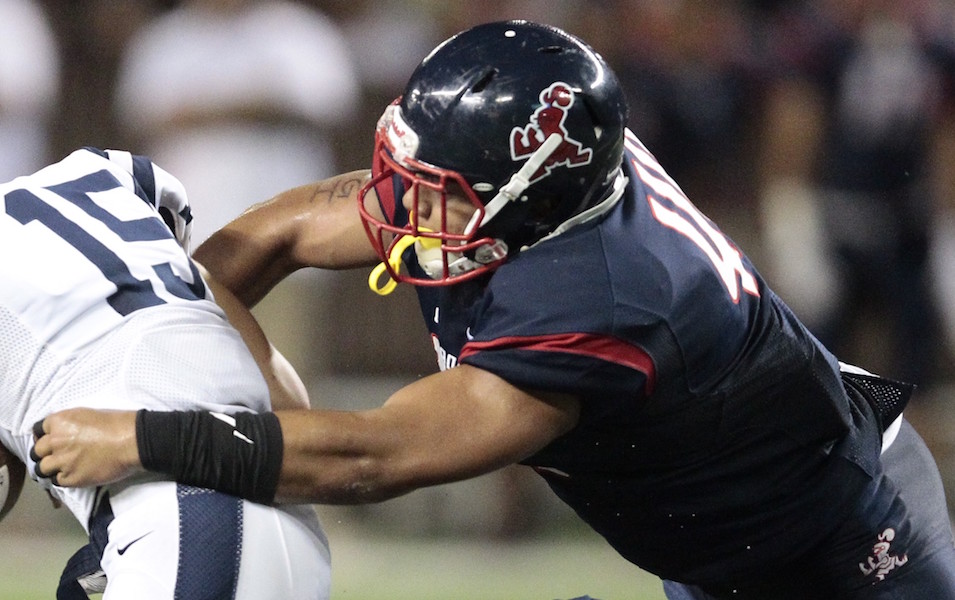 DE Gino Quinones from St. Louis HS in Hawaii announced via his Twitter account today that he was committed to the Trojans.

After the great offer today and After a great talk with @CoachJNansenUSC and @Coach_Callaway!!! I am verbally committed to USC #Fighton #Trojans pic.twitter.com/2D0KVYoMIw