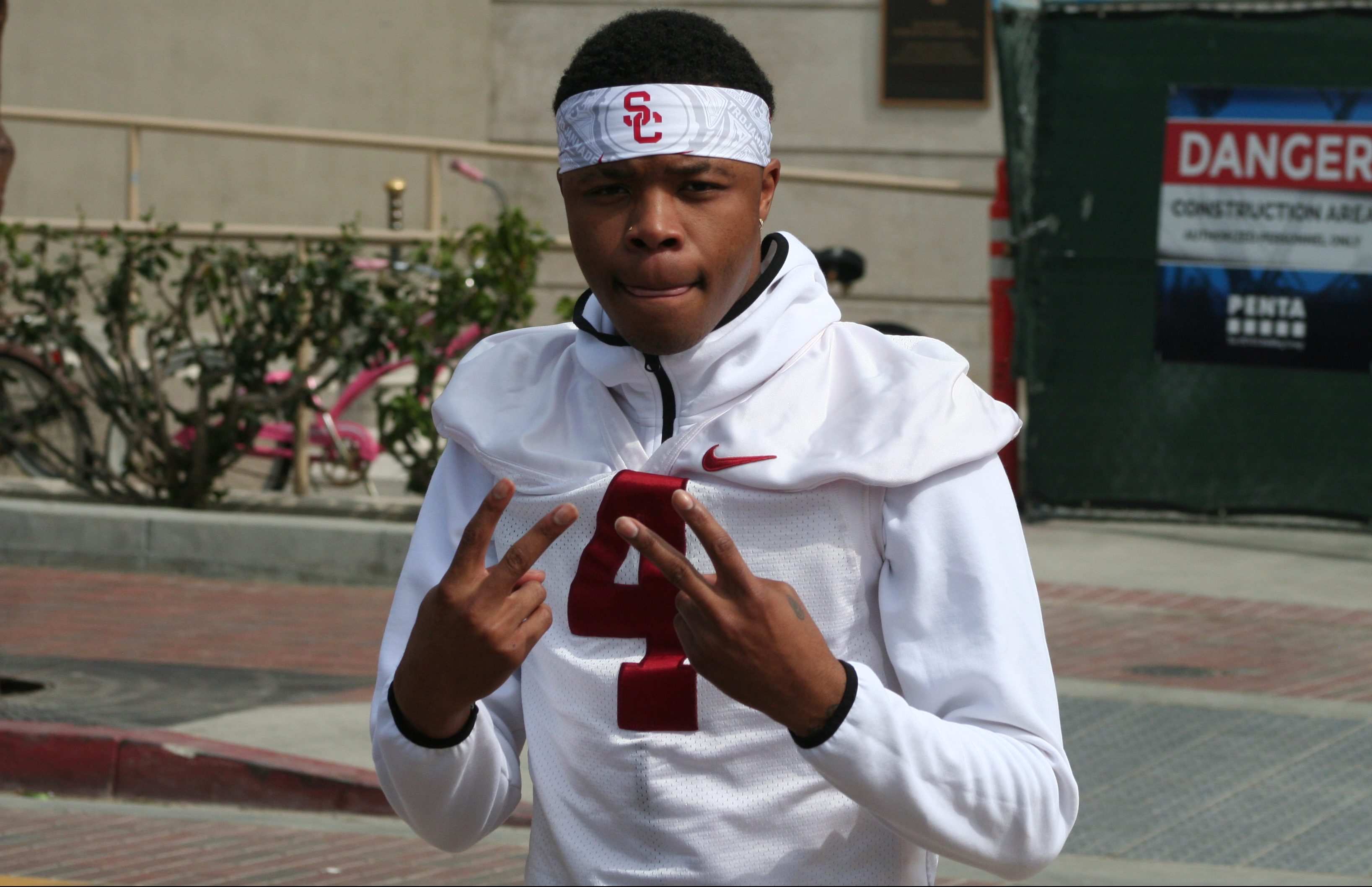 For USC football in 2019, no position will rely more on untested talent than cornerback, where four returners and potential starters have seen action in 29 total games, nine fewer than former USC cornerback Iman Marshall had heading into his senior season.

Without a true veteran among them, young USC cornerbacks will be asked to step into a leadership role this season, and sophomore Olaijah Griffin appears poised to take on that challenge. After injuring his shoulder against Colorado and UCLA, forcing him to miss a handful of games to close the season, Griffin underwent offseason surgery and watched spring ball from the sideline, where he served as something of a player coach.

“That was probably one of the toughest times of my life,” Griffin said of missing spring ball. “That was the first time I wasn’t on the field and I had to watch somebody play. Spring was a tough time for me.”

But Griffin is fully back now, saying on Tuesday that he is “100 percent cleared.”

That’s a big boost for the USC defensive backs, and the USC defense as an entire unit. Griffin tallied eight tackles and a pass deflection in eight games as a true freshmen, but showed enough signs to instill a belief that he could be on his way to a really impressive USC career.

With Griffin out of the lineup this past spring, the Trojans relied heavily on Isaac Taylor-Stuart, Greg Johnson and early enrollee Briton Allen at cornerback, with Chase Williams working as at nickel. With Allen now sliding back to his natural safety position, Griffin’s emergence back into the lineup should give the cornerback spot a boost, and perhaps a feeling of some experience.

“There are a lot of guys out here who really play and act like veterans,” Griffin said of the young defensive back room. “I think we’re going to be in a good position for this year. I think this should be a good year for all of us.”

The USC wide receivers were terrific this past spring, and that group has only gotten better with the additions of Kyle Ford, Drake London, Munir McClain, and Bru McCoy. Back healthy, Griffin said he has been able to battle against the receivers a bit, and that is something that should help the entire defensive back group.

“They’re going to help me get to the league for sure,” Griffin said. “We do have some talent over on the offensive side.”

The defensive back group received an infusion of talent with this 2019 class. Chris Steele, Max Williams, and Adonis Otey are three true freshmen cornerbacks who will likely be thrown into the mix at the start of fall camp to see if they are capable of contributing heavily this season. The aforementioned Allen has been joined by fellow safeties Jayden Williams and Kaulana Makaula. Griffin isn’t quite ready to hand out any accolades to the newcomers, saying that fall camp is where they’ll find out just how ready everybody is to contribute.

“Nobody has really done anything yet to show what they have so far,” Griffin said. “Once fall camp hits, that’s when the pads get on and that’s where we see what you’re about.”

One thing remains constant this summer, however, and that’s the feeling of positivity emanating from the players, stemming from the new strength and conditioning program. Griffin shared in the general belief that his team has found a way to improve on last year’s performance.

“As a team right now, I think we feel really confident,” he said. “We feel better than we did last year because of this new program. They have us really active right now, and it feels like we’re a family. Everybody’s energy level is up and we’re just having fun playing the game we love.”