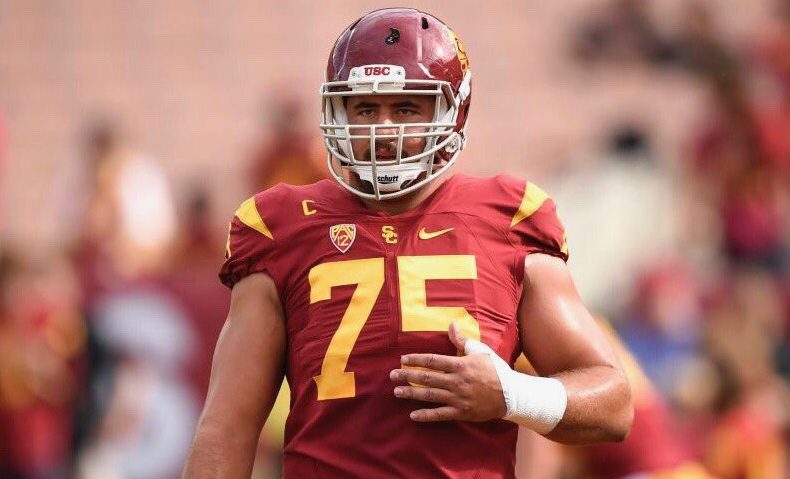 The Trojan family lost one way too soon this weekend, as former offensive lineman Max Tuerk died while hiking with his parents on Saturday. The school announced the news on Sunday and Tuerk’s family released a statement as well.

Tuerk and his parents were hiking in the Cleveland National Forest, according to his family’s statement.

The outpouring of statements from those he’d played with and for was not surprising for someone who was regarded as a fantastic person and teammate.

“Heartbroken by the loss of Max Tuerk,” USC head coach Clay Helton wrote on Twitter. “Incredible person, teammate, and Trojan. Our thoughts and prayers go out to his family.”

Tuerk committed to Lane Kiffin when he was the head coach at USC. Now the head coach at Ole Miss, Kiffin wrote on Twitter: “This is awful. So sad. Praying for family and friends. I always loved Max and one of my favorites. #FightOnForever, Max!!!!”

Tuerk was a freshman All-American in 2012 and became the first-ever true freshman to start at left tackle for USC. He did just about everything along the offensive line during his tenure at USC. He started five games at left tackle as a true freshman, then started 13 games at left guard and once at right tackle as a sophomore. He moved to center in 2014, where he started every game, was named to the All-Pac-12 First Team and won USC’s Offensive Lineman of the Year Award. His 2015 season was cut short when he suffered a knee injury against Washington in the season’s fifth game.

Tuerk was selected in the third round of the 2016 NFL Draft by the Chargers.