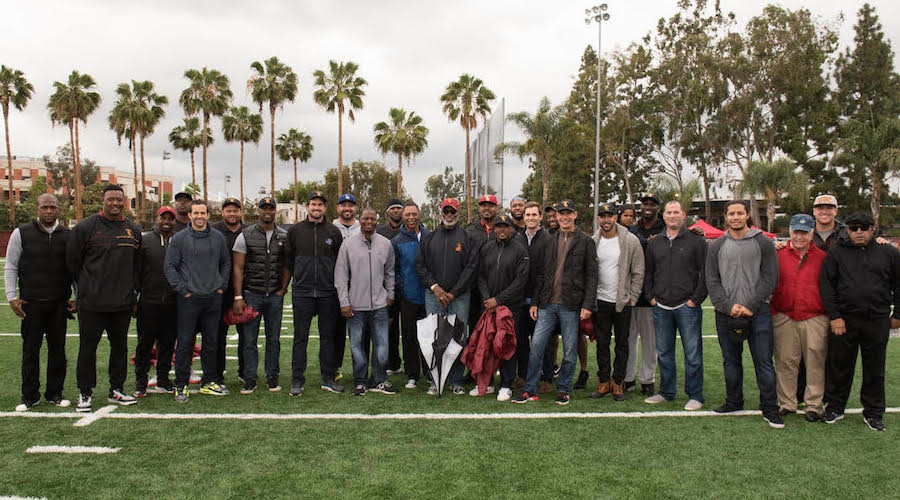 It was an impressive collection of former players at USC practice on Saturday, including a pair of Heisman winners in Marcus Allen and Matt Leinart.

The group was invited by Clay Helton to show the current players the history and legacy of Trojan football, with Allen speaking to the group to challenge them to get back to fundamentals and physical play.

“These players show our current players where the bar is set,” Helton said. “Sometimes the players tune us out as coaches but they aren’t going to tune out Marcus Allen.”

Among the players in attendance were: