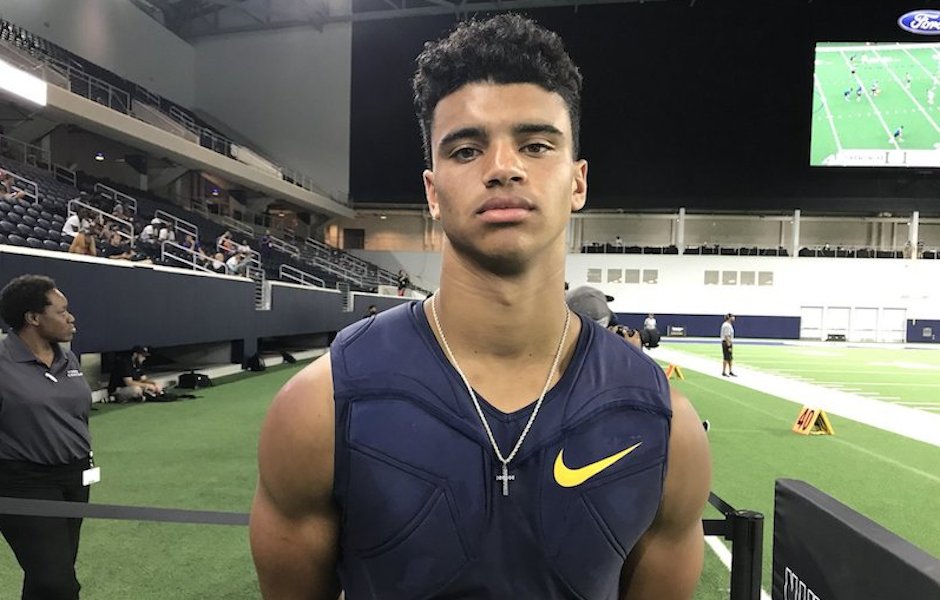 It’s not a surprise that Kyle Ford had a big-time performance in Dallas as part of The Opening, as Ford has long been projected as a top receiver prospect even going back to his days at Servite before he transferred to Orange Lutheran.

What was surprising, however, was just how dominant he was to the point where he walked away with overall MVP honors at an event that annually brings together over 150 of the top players in the nation. There have been plenty of good west coast receivers take part in the Opening through the years but usually there is a freakishly large defensive lineman from the southeast, or a heat-seeking linebacker, who stands out and has everyone buzzing long after the camp is over.

This year that buzz started early with Ford and will continue long after the camp is done for the way he used his 6-3, 200 frame to simply overpower a pretty good group of defensive backs, and then he showed off his acrobatic ability to go up and battles for balls while coming down with them on a consistent basis. There was also this one-handed grab that made its way around Twitter in a short amount of time:

To be transparent, part of the success for Ford came with an assist from his OLu quarterback Ryan Hilinski, as the two were paired up on the same team and were able to take advantage of their natural chemistry built up over the past two years. But Ford also did well when Wisconsin commit Graham Mertz was his quarterback so not everything can be attributed to having his HS QB throwing him the ball.

Most recruiting analysts for the Trojans see USC taking four receivers this year, and there are already three verbal commits in Munir McClain, Puka Nacua and Drake London, with guys like Ford and Bru McCoy still available. The 247 Crystal Ball projection currently has Ford at 100% to end up at USC but he’s still talking about visits with schools like Oregon, Michigan and possibly Ohio State and Florida State, with Colorado and UCLA in the mix as well. Ford says he has an upcoming sitdown with the Trojan coaches and that could be key to making sure he understands how the USC coaches view him and where he stands in their plans.