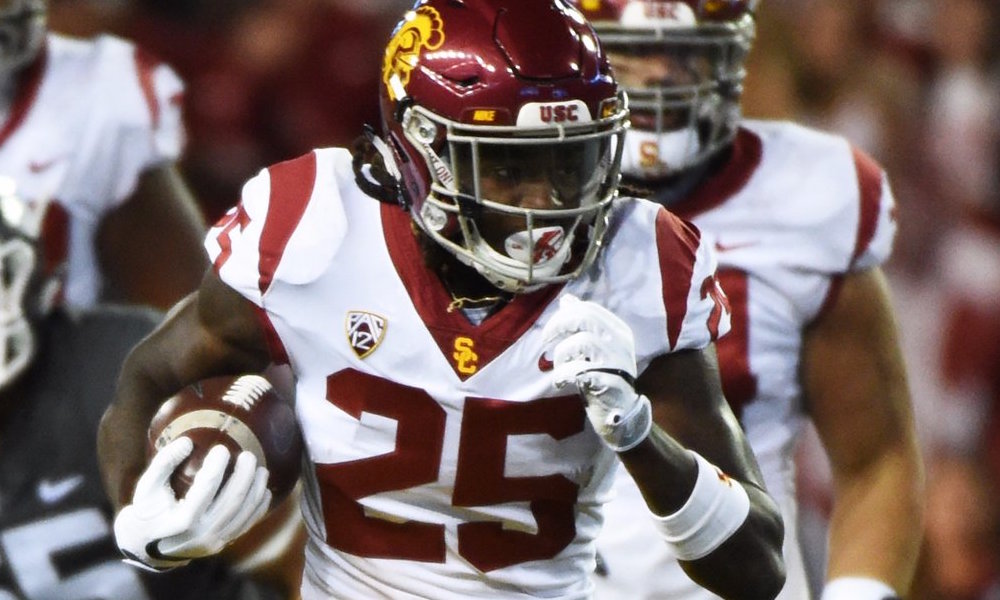 There are times when you lose a football game and it’s simply because you got beat. The other team just had more that day, an opposing player had a special game, whatever the reason may be.

With all due respect to the Washington State Cougars, who certainly did enough to earn the win, this didn’t feel like one of those games. Because for all the contributing reasons why the USC 13-game win streak came to an end this one still feels like a game that could have tilted the Trojans way.

Let’s start by acknowledging the legitimate injury issues that impacted the USC offense, particularly on the offensive line. It was one thing to hear that Toa Lobendahn didn’t make the trip due to an infection but then to lose both Chuma Edoga and Viane Talamaivao relatively early meant that there were three new faces up front in Clayton Johnston, Austin Jackson and Andrew Vorhees. That’s a redshirt sophomore and a pair of true freshmen, none of whom had ever started a game at USC and the previous playing time between the three was pretty limited. It was predictable that there would be some struggles against a quick WSU front, and there were, not only in running the ball but in keeping pressure off Sam Darnold.

The ability to run the ball consistently has been a problem for the Trojans in recent weeks and this game was no exception. Yes, there was a dazzling 86-yard touchdown run from Ronald Jones but if you take that away there were 28 other rushes for 77 yards (2.7 yards per rush). And while Sam was only sacked twice, he rarely had the time to sit in the pocket without pressure coming from somewhere.

Even when Sam did have time, there wasn’t much help from the USC pass catchers in getting separation, especially on downfield throws. Deontay Burnett had been limited in practice this week with a shoulder injury, and even though he had six catches in the game for 45 yards, it wasn’t the same impact that we’ve been used to seeing from Deontay. Tyler Vaughns was the most productive receiver as he continues to get more comfortable and it resulted in six catches of his own for 89 yards. Other than those two, there were three passes completed on the night, two to Joseph Lewis and one to Josh Imatorbhebhe. No completions to a tight end, no completions to a running back.

USC head coach Clay Helton had talked coming into the game about how 3rd down efficiency would be key, and how the Trojans needed to convert red zone opportunities into touchdowns, and not settle for field goals. The 3rd down conversion number for the Trojans was 2-11 and that helped lead to a time-of-possession imbalance that favored the Cougars 35:27 to 24:33.

There were also a pair of gift scoring opportunities that resulted in field goals, not touchdowns, that certainly left points on the board. One came on a fantastic play from Uchenna Nwosu to intercept a pass to give USC the ball at the WSU 3-yard line, the other came after a shanked Cougar punt gave the Trojans possession at the WSU 27. The inability to punch it in from the 3 was particularly frustrating with two run plays that went nowhere and an incomplete pass attempt to a freshman tight end.

There is a lot of angst on the WeAreSC message boards right now about the play calling, and one stat that reflects the struggles of the offense is that over half of the USC first down plays went for 2 yards or less. Whatever the Trojans were trying on each new set of downs, it wasn’t working. And no play call is under the microscope more than the decision to try a flea flicker at the end of the first quarter, at a time when the offense had actually gotten off to a good start in the game. The WSU line got a great push on the trick play and the defender was on top of Stephen Carr as he pitched the ball back to Sam, who immediately had to roll to his right, and it resulted in an incomplete pass, a penalty and the loss of Edoga, who got his leg rolled up at the end of the play.

Even with all that, there was still a chance on the final USC possession to come away with another Sam Darnold-led comeback. The defense had done enough to give the team a chance as it was tough to ask them to go out there for 81 plays against the conference all-time leader in pass completions, and for all that Luke Falk did with 340 passing yards it was actually a few timely run plays that made a big difference too. But on this night for the Trojans it wasn’t to be and the hopes were finally dashed when Sam, in a fitting play for this game, fumbled the ball while trying to make one last play.

There will be a lot of discussion this week about Sam and the load that has been placed on him so far this year, and it’s a valid point. For a player who had seemingly everything go right last year, this year feels as though much has been a grind, with even Sam saying he feels that things are pressing. Perhaps what is needed as much as anything is to get back home in the Coliseum and get healed up. This current rash of injuries is real in terms of the impact on the team, and the lack of a bye week doesn’t help, especially when the opponent last night had played 5 straight home games.

But the injuries and schedule are just two factors to watch for this team moving forward. Yes, Oregon State is probably as close to a bye as the Trojans will have this year but after that you’ve got Utah and Notre Dame in back-to-back weeks. Clay Helton talked after the game about how proud he was of the team for the way they fought to the end against Washington State, the kind of fight that was good enough 13 times in a row, it just wasn’t enough to pull things out last night in Pullman.