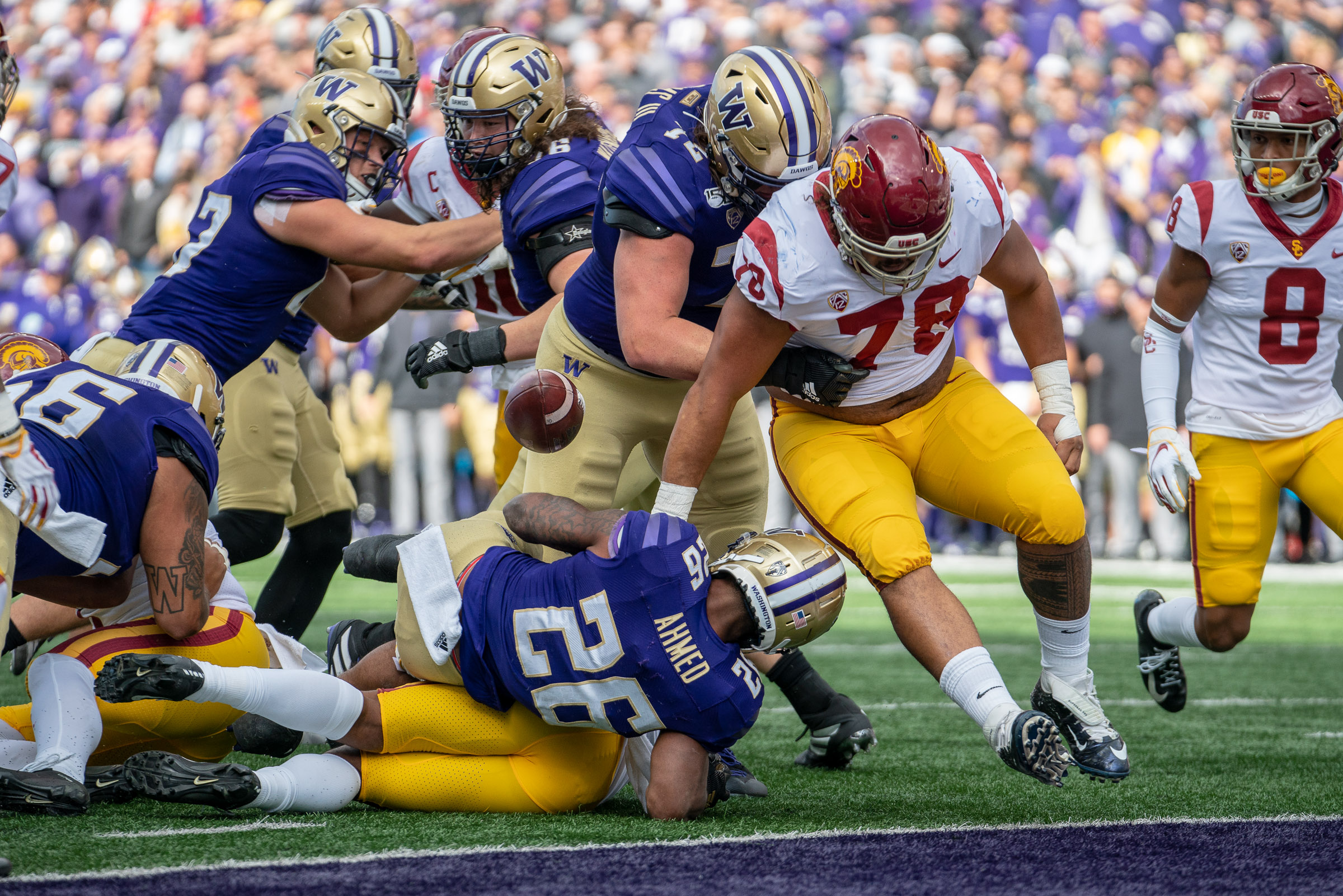 Today’s game against is never going to be an instant classic for either team. But for UW it is a convincing win and for us a loss that showed progress in some areas and regression in others.

Essentially, a Helton-led team on the road is at a handicap. And offensive coordinator Graham Harrell continues his learning about the Pac-12. Short version, if there are three down linemen, then run the football and protect your 3rd-string quarterback. There were some pretty interesting statistics to look at however.

1. UW had more passing yardage than did USC but we out-gained the Dawgs by two yards.

3. We won the TOP for the game…go figure.

4. Our eight penalties were costly and compares unfavorably to UW’s seven.

6. Both teams’ defenses produced three three-n-outs and six punts each.

So, all things being equal and looking at those above stats you would think this game was close.

It wasn’t. USC never really threatened UW. Giving up three interceptions and producing one out of three redzone conversions vs. UW’s four out of four is just too much to make up, especially on the road to a pretty good (but not great) University of Washington football team.

Defensively, we ran our basic pressure defense even with key personnel missing due to injury. We targeted first down run stops between the tackles. We used 2nd and 3rd downs to pressure Washington quarterback Jacob Eason with some success and we were marginally ok here.

So now what happens? We take a week off and get some guys healthy. I don’t believe the practices will be intense nor will there be live tackling drills. I hope we can improve by visualization then and travel to South Bend in two weeks with either a young freshman quarterback or a more seasoned 3rd-string quarterback. Defense, you better be ready for a real slugfest.