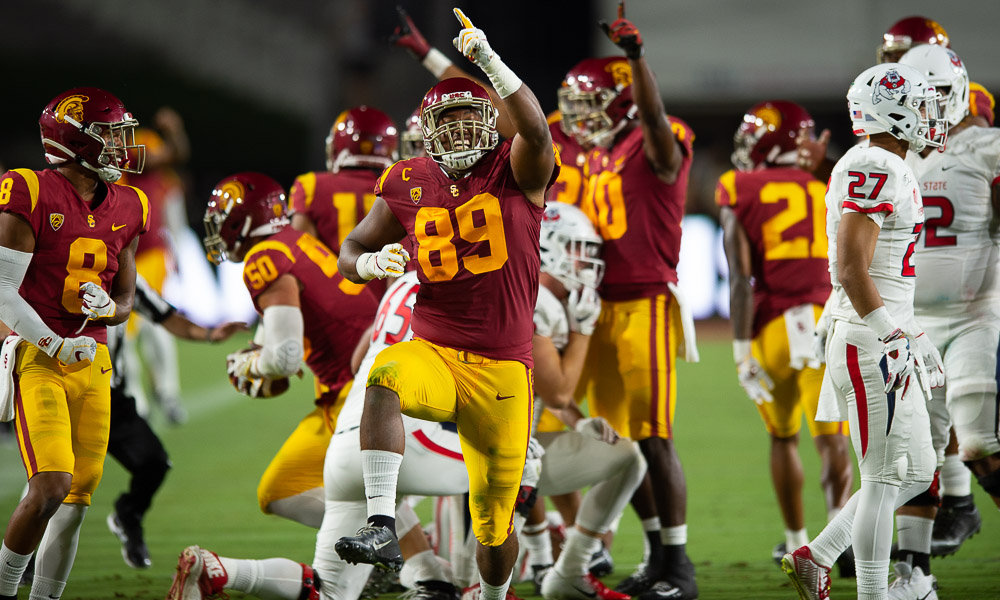 Here we go again. It’s deja vu all over again. Been there, done that. Didn’t like it the first time and I’m sure not going to like this time either. It’s SOS (same ol’ stuff…btw, there are alternative endings to this acronym). There so much to report it’s difficult to narrow the topics down. But let’s talk Defensively Speaking.

Often the statistics don’t tell the real story. In this case of last night’s opener they do. But, the difference between the first quarter and half vs. the second half were night and day. I was hopeful that with a new D-line coach and secondary coach we would see much better play in the box (Line of Scrimmage – LOS). With a few exceptions I just didn’t like what I saw especially as the game wore on.

The base defense was a 4-2-5 with the DEs in a two point stance vs. hand in the ground three point. Later on as Fresno State had success running the RPO, defensive coordinator Clancy Pendergast moved to a traditional look. Once we got ahead in the 2nd half he brought pressure with some line stunts and games and blitzes.

Ok, the elephant in the room is the need to insert Slovis in as back-up QB. Some weeks ago I said, “What we don’t know about Slovis is his real collegiate game performance since he has none. Sears we know, and dropping him to 4th position means JT better not take a head shot or twisted knee. Can anyone visualize if JT can’t answer the bell against say Utah, Stanford, BYU, UW or ND?? When we trot out Slovis the OL better protect him as the defenses will be licking their chops.”

I would have really liked to have been wrong about this situation. But it was an obvious serious exposure from the Helton & Harrell decision to kick Sears to the curb. Slovis threw a beautiful pass and a great catch. He also mis handled perfect snaps by Nielon including that awful, incomprehensible 4th down call by Helton.

I was strangely confident about beating Stanford until I saw the team yesterday. Not so much now and that feels disappointing but eerily a 2018 redux.