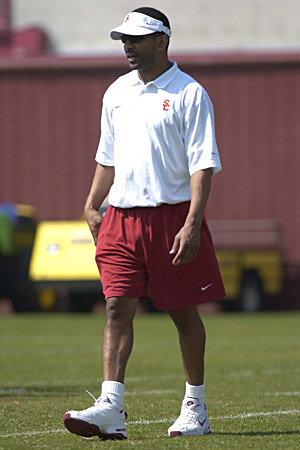 The Court of Appeals today, in a ruling that is sure to echo throughout various fan bases across the country, denied the NCAA’s motion to seal records in McNair v. NCAA.  At the end of the day the judges were swayed by public interest in disclosure, and were not convinced by the NCAA’s arguments of confidentiality in its bylaws, bylaws which ironically also seemed to hang the NCAA on the issue.  What does this 16-page order by Justice Richard Dennis Aldrich mean?

If You’re the Media, Don’t Celebrate Just Yet

If you are media or any party who was rooting against the NCAA on this issue, don’t break out the bubbly just yet.  But maybe break out some more money to line the pockets of NY Times and LA Times’ high-powered attorneys, Davis Wright Tremaine.

The NCAA has 15 days from today’s ruling to file a petition for rehearing – basically a request for yet another bite at the apple, to let the parties argue it out again. They can also appeal to the highest court in the state of California – the California Supreme Court, which is headquartered in San Francisco (although it hears cases in other cities including Los Angeles and Sacramento).

What Factors Support a Petition for Rehearing?

What will the NCAA want to plead in a petition for rehearing? The NCAA would want to show that the decision has either misstated or failed to include an important fact or point of law, warranting it seeking review whether before the Court of Appeals or before the California Supreme Court.

If You’re The NCAA, How Much Money Do You Want To Spend to Fight This?

That doesn’t mean the NCAA won’t try to appeal. However, at this point, the NCAA needs to do some soul-searching. Having lost on the issue twice, are they willing to shell out the money to argue the same thing again? The answer it would seem is just how much is there is to hide? At the oral argument I attended last year, the NCAA’s very capable attorney Laura A. Wytsma alluded to the fact that lawsuits might be filed against the NCAA if the records were unsealed.   Trojan fans may also recognize Wytsma’s name as she previously successfully defended the NCAA against defamation claims by Rodney Guillory (involving USC and OJ Mayo). How much in potential fallout could this be if the records are unsealed? My guess, based on how hard they are fighting this, with a pretty big-time law firm of Loeb & Loeb, is a lot.

What About Todd McNair’s Defamation Lawsuit?

As far as the impact on the merits of Todd McNair’s case goes, the unsealing of the records would seem to make no difference. The underlying facts are what they are and the unsealing of records shouldn’t affect that closed universe. Where this gets interesting is for possible settlement purposes. The Court of Appeals still needs to consider and rule on the NCAA’s appeal of its loss of its motion to strike (where they tried to argue the first amendment as a defense to get McNair’s defamation lawsuit dismissed). And while McNair can’t make a judge seal records, a settlement that includes him stipulating to the confidentiality of and requesting the sealing of such records might be a factor a judge would consider – although again the sealing of records is up to the judge.  A status conference in the trial court is scheduled for May 14, 2015.  It’ll be interesting to see if the motion to strike appeal is decided by then and if the case will move forward.

Where Is USC In All Of This?

Without seeing the sealed records, it’s hard to say what this will mean for USC in the long run. If the records show gross abuse by the NCAA in the sanctions it imposed on USC, perhaps USC may have a civil lawsuit to contemplate. While the LA Times and NY Times sort of jumped in from the peanut gallery into this case on this issue, USC did not step in as a party to try to oppose or support either side. Perhaps USC just wants to stay as far away from this as possible. Or perhaps they have been adopting a wait and see approach. So I guess we will just wait and see.

In the meantime… what about that Motion to Strike? There is that other major matter hanging before the Court of Appeals. That Motion has not been set for oral argument. WeAreSC will keep you posted as developments arise.

Some choice quotes from today’s decision:

“the NCAA cannot make the showing of an overriding interest to justify sealing merely because its internal bylaws say so by designating certain documents as confidential.” (Page 10 of the Ruling.)

“We have determined that the NCAA’s promise of confidentiality is limited in the bylaws and does not by itself justify sealing.” (Page 11 of the Ruling.)

“On balance, therefore, the NCAA’s interest in ensuring the confidentiality of its investigations is insufficient to overcome presumption of, and the courts’ obligation to protect the constitutional interest in, the openness of court records in ordinary court proceedings. (NBC Subsidiary, supra, 20 Cal.4th at p. 1217.)” (Pages 11-12 of the Ruling.)

“We are not convinced by the NCAA’s contention that public disclosure of its documents will make future investigations more difficult for the NCAA to conduct. Member institutions, their employees, students, and alumni already agree to submit to NCAA enforcement.” (Page 12 of the Ruling.)