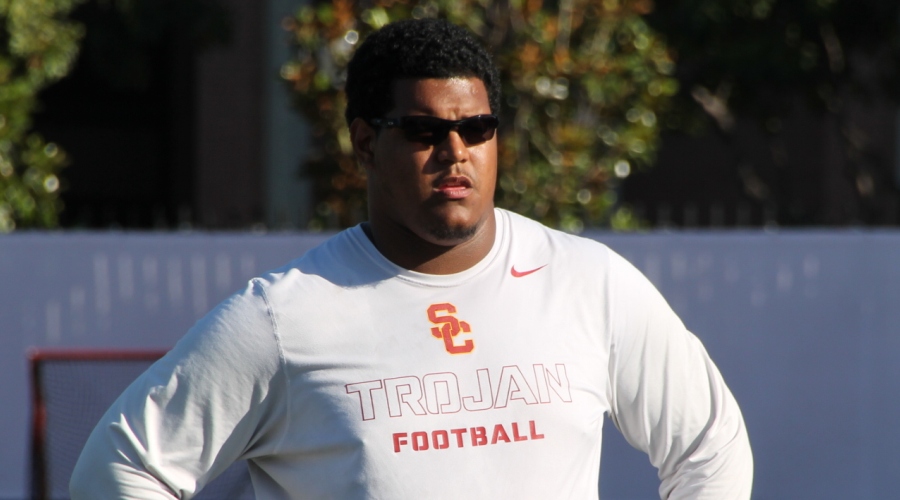 It’s that annual time of year when the USC Trojans brace for potential early departures to the NFL and this week has brought a split result with linebacker Su’a Cravens making the expected decision to declare for the draft while offensive lineman Zach Banner made the somewhat unexpected move to return for his senior year.

There had been a glimmer of hope for USC fans early in the week when Cravens failed to earn first team All-American honors on a few teams, he was third team on multiple lists, with the thought being that Su’a might be inspired to come back for a shot at even higher awards. The truth is, no award was going to change anything for Cravens. This is a guy who has played three productive seasons for the Trojans, most of the time at a position he did not expect to play at USC after coming in as a safety, and received plenty of accolades including Freshman All-American, First team All-Pac-12, two-time USC defensive perimeter player of the year and 2015 USC team captain.

Cravens is ready for the next level, and the only question is will it be at linebacker or safety. During the draft process we will hear the word “tweener” used to describe him, but you will also hear the description “a football player”. Time after time you heard coaches and teammates talk about his football intelligence to go along with his athleticism, and the real proof will come when NFL personnel people watch the tape and they see that Cravens is a guy who showed up game after game.

USC fans will also remember Cravens for his dedication to the school. Su’a committed early to the Trojans and never wavered despite rumors of coaching strife, and once he arrived on campus he spoke often of his love for the university and even had a tattoo of the Coliseum on his arm.

The competition in spring ball to replace Cravens at strong side linebacker will include Uchenna Nwosu, Quinton Powell and John Houston.

For Banner, the news that will be back is certainly welcome anytime you can bring back an experienced veteran on the offensive line, especially one who was recently named first team All-Pac-12 and first team All-American for his play in 2015.

His return means that the entire USC starting offensive line that ended the season will return intact for 2015 and, if Toa Lobendahn returns as expected at center, it would also mean that every member of the line will have at least two years of starting experience.

With his size (6-foot-9, 360 pounds) and NFL pedigree (father played OL for 11 years) it wouldn’t have been much of a shock if Banner had announced that he would also be throwing his name into the draft ring but he chose the USC team banquet setting on Sunday night to announce that he would be staying for his senior year.

In a social media post by the USC athletic department, they referenced that Banner had only given up one sack in 2015 but Banner refuted that stat and said it has been only one sack in his whole career. Any way you look at it, that’s a solid player to be returning as a foundation of an offensive line that will be expected to be a strength of the team next year.