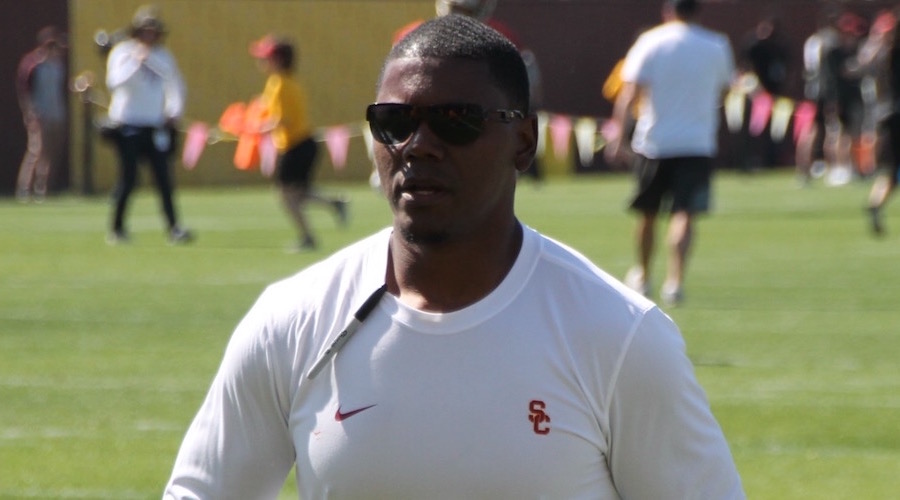 McCullough is a big loss after an impressive first year at USC where he helped raise Ronald Jones’ game to the point where Jones ran for over 1,500 yards, added an increased physical presence to his running style and also evolved as a pass catcher. There was also a successful freshman debut from Stephen Carr, one that would have been even more successful if not for a foot injury, as well as contributions from Aca’Cedric Ware and Vavae Malepeai.

McCullough was also known for his creative drills involving props ranging from pipe fittings to water bottles and trash cans, all designed to improve various elements of what a RB will face in a game, and the key stat to point to is that the Trojan backs only lost two fumbles all year.

Ellis arrived at USC last spring after a stint at Western Kentucky, and his ascension to the QB coach role is part of Helton’s desire to keep a smooth transition within the staff. Ellis played QB for USC offensive line coach Neil Callaway at Alabama-Birmingham