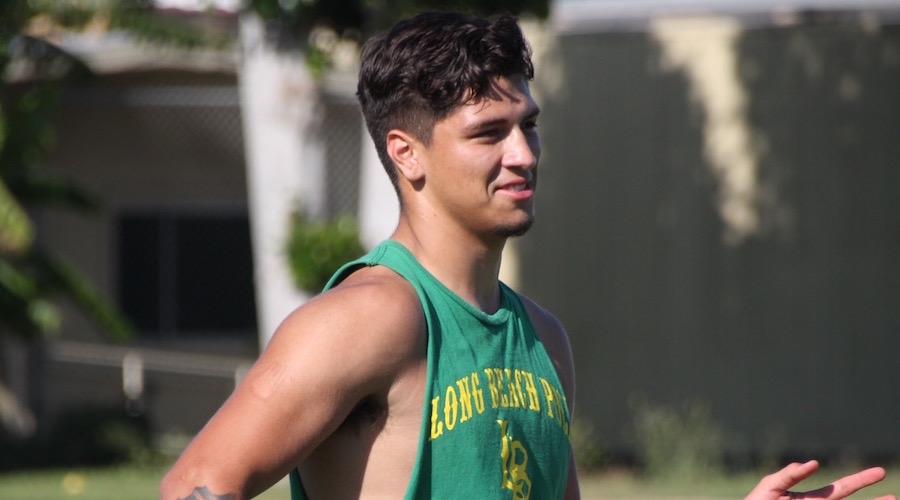 USC quarterback commit Matt Corral took part in the annual Steve Clarkson QB Retreat over the weekend in San Diego, and needless to say he impressed the camp organizer. Clarkson, who has trained former USC quarterbacks such as Matt Leinart and Matt Barkley, hosted some of the top college and high school QB’s in the country for the event and he had high praise for the future Trojan.

“Matt was nothing short of spectacular. I thought he did everything well. From his throws, his movement, his demeanor, his maturity. His body type has really come on. I think he’s a Sunday player. In fact, we had one NFL GM at the camp and he said Matt stood out amongst even the college quarterbacks”

How will he fit at USC?

“When Darnold leaves they won’t miss a beat with this guy. First of all, there’s no offense he can’t execute. He’s much more mobile than Sam is, and they’ve never had a guy with this arm talent, not even Carson Palmer. He won the Long Throw competition at the camp with a 70-yard throw that was a rope, 15 feet off the ground. It was a “Yasiel Puig from deep in right field” throw to get the guy at third. It was a violent throw. I haven’t seen a throw like that since I saw John Elway in high school. And he could have a Fernando Valenzuela-type impact at USC, more than Mark Sanchez did because Mark didn’t stay. But Matt is also more tenacious than Mark, Mark would play the guitar but Matt will take the guitar and smash it over the city”

“I’ve heard all the stories about what happened at Oaks Christian but for Matt I think this is a better fit and it will help prepare him for what he’ll see at USC. I also think it’s a fit from the perspective of helping him set a legacy at Poly because he’s got some animals around him and he’s the best QB they’ve had there in a while”