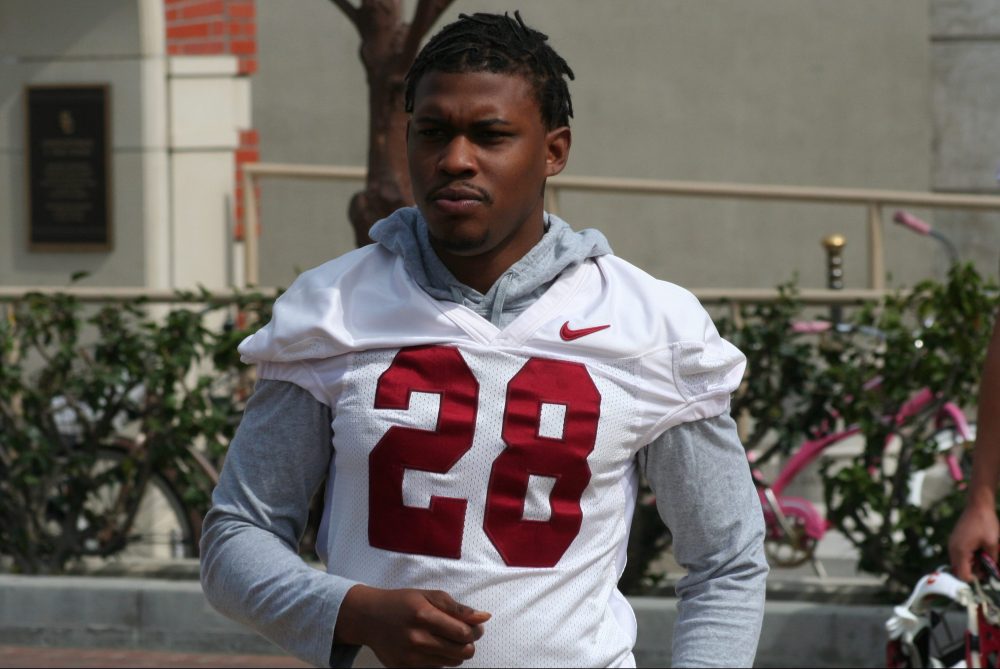 The USC defensive backfield could lose some valuable, experienced depth this fall, as redshirt senior safety C.J. Pollard announced Monday that he will enter his name on the transfer portal.

Pollard appeared in 27 games during his USC career and recorded 31 tackles, including 15 this past fall. Though he likely wouldn’t have started this fall, with Talanoa Hufanga and Isaiah Pola-Mao scheduled to return, Pollard would have given the Trojans some experienced depth there as they adjust to new defensive coordinator Todd Orlando’s system.

If Pollard follows through on the transfer (players can take themselves off the transfer portal and return to their original school if the school allows it), the Trojans might need to rely heavily on second-year players and walk-ons behind the two starters. Though, redshirt sophomore Chase Williams could be an option at safety, as he played both safety and nickelback this season.

Briton Allen spent all last spring at cornerback, but moved to safety for the 2019 season, where he appeared in 10 games. Walk-on Jordan McMillan recorded an interception as a true freshman against Notre Dame in 2018 and saw action in five games last fall. Aside from those two clear options, it’ll be interesting to see what Orlando and defensive backs coach Greg Burns do with the depth.

USC currently does not have any defensive backs committed in its 2020 recruiting class.

Last season, USC was one of the more active teams in the conference when it came to the transfer portal. The Trojans regained quarterback Matt Fink and Greg Johnson after both entered and then returned to USC. The Trojans also regained Bru McCoy, who transferred to Texas and then back to USC. Offensive tackle Drew Richmond, cornerback Chris Steele and linebacker Clyde Moore found their way to USC, while the Trojans lost wide receivers Trevon Sidney, Josh Imatorbhebhe, Randal Grimes and Pie Young, defensive end Oluwole Betiku, outside linebacker Levi Jones, and defensive backs Bubba Bolden, Ykili Ross and Trey Davis to transfers.