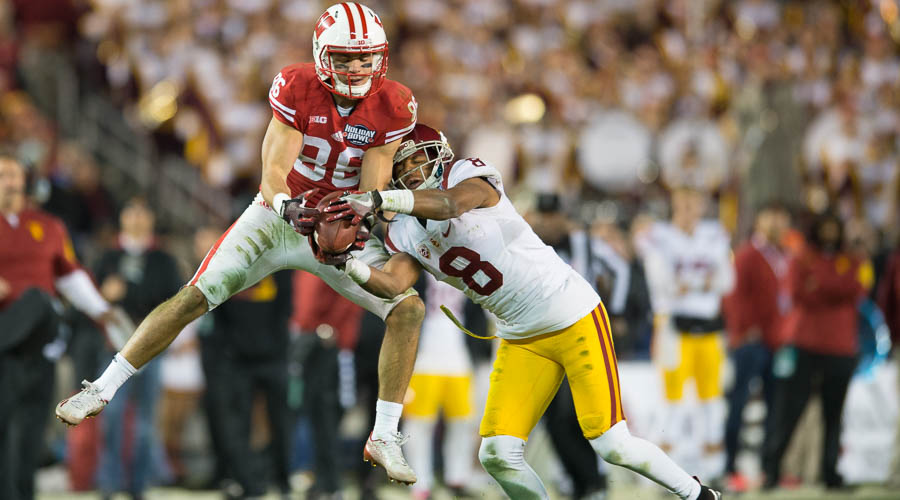 As had been rumored for several days, USC announced the hire of Ronnie Bradford as defensive backs coach. Bradford has previously worked with new Trojan defensive coordinator Clancy Pendergast at Cal and the Kansas City Chiefs. Other candidates who were in the mix for the job included former USC star Tim McDonald and Ashley Ambrose.

Ronnie Bradford, a former 10-year NFL defensive back who has 13 years of coaching experience in the NFL and collegiately, has been named the secondary coach at USC, Trojan head coach Clay Helton announced today (Jan. 13).

“We are extremely pleased to welcome Ronnie Bradford to the Trojan Family,” said Helton. “His 17 years of experience in the NFL as both a player and a coach jumped out to us immediately. I am very impressed with his ability to coach technique and fundamentals at the defensive back position. He is a true technician. His energy and personality is infectious and will be valuable in recruiting. There also is a terrific chemistry between Ronnie and our new defensive coordinator, Clancy Pendergast, after having worked together both at the Kansas City Chiefs and at Cal.”

Bradford, 45, spent the past 3 seasons (2013-15) as the defensive backs coach and special teams coordinator at Louisiana Tech.

Bradford was the safeties coach for Memphis in 2011.

He was a defensive administrative assistant at California in 2010. The Golden Bears were 13th nationally in sacks, 18th in total defense and 21st in pass defense.

Before coaching in college, Bradford spent 7 years as an NFL assistant, the first 6 (2003-08) with the Denver Broncos and 2009 with the Kansas City Chiefs.

He was a defensive assistant with the Kansas City Chiefs in 2009.

He graduated from Colorado in 1995.

He prepped at Adams City High in Commerce City (Colo.).