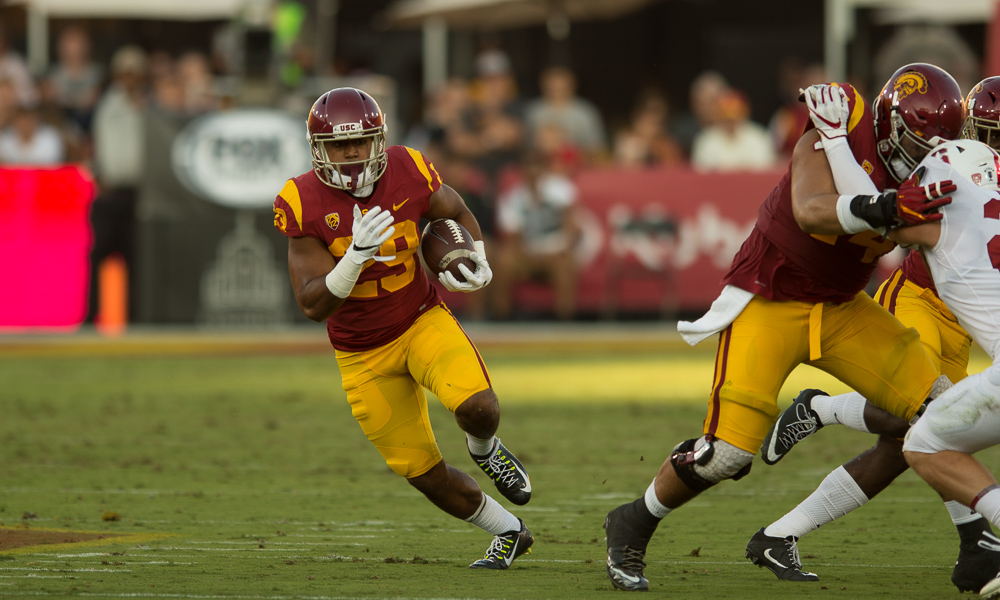 The Beavers couldn’t be coming to town at a more perfect time. Let’s face it, the Beavs are struggling under 3rd year coach Gary Andersen as they look for their first victory over an FBS team this year, and the first win in the Coliseum since 1960.

OSU is currently sitting at 1-4 on the season with the lone victory coming against Portland State by a score of 35-32. In their four losses they’ve been outscored 200-71, including being outscored 147-49 in the second half this year. Last week they were only down 7-0 to Washington at the half (the Beavers failed to cross midfield offensively in the first half) before seeing the Huskies run off 35 unanswered points on the way to a 42-7 win.

For a USC team that is coming off the first loss of the season, not to mention the last 14 games, as well as back-to-back road trips and a slew of injuries, the chance to return to the friendly confines of the Coliseum and face a team that is looking to find its way could be just what the Trojans need.

Oregon State is without quarterback Jake Luton, who suffered a back injury against Washington State, so the Trojans will face Darell Garretson (94 yards passing last week in his first start of the year) and there have been issues with finding an offensive identity, as well as with turnovers. Defensively the Beavers rank in the 100’s in terms of yards per play and first downs, although they did get 3 first-half sacks against the Huskies. If there was a bright spot in the UW loss, it was punter Nick Porebski, who didn’t allow any return yards in 8 punts to Dante Pettis, who is tied for the NCAA lead in career punt return touchdowns.

For the Trojans, this game may have been looked at as a chance to build an early lead, get the starters out as soon as possible and enjoy a lengthy look at playing time for the reserves. That may still happen, but what will hopefully happen before that is for the USC offense to get their feet under them and play some crisp, solid football.

In recent weeks the Trojans have had issues consistently running the ball and maintaining rhythm in the passing game, and even Sam Darnold has seen some uncharacteristic struggles at times. While not making excuses with the injuries, at some point you take into account just how many players have been unavailable, from the absence of Daniel Imatorbhebhe to the loss of three starting offensive linemen last Friday night.

No matter the reasons, the USC offense that Clay Helton said had found its identity against Stanford, just hasn’t been able to find that standard since. After the loss against Washington State, where the offensive issues included the inability to punch in a touchdown after a turnover at the WSU three-yard line, there has been an increased focus on why the Trojans are having these identity issues, with coaching and play calling high on the list.

So with these questions about how we will be able to play, and how will the plays be called, it would be great to see the team come out on Saturday, execute well, and earn a much deserved second half rest while we get a look at guys like Matt Fink, Vavae Malepeai, Josh Falo, Jamel Cook and Bubba Bolden. It would be nice to have a game like that.