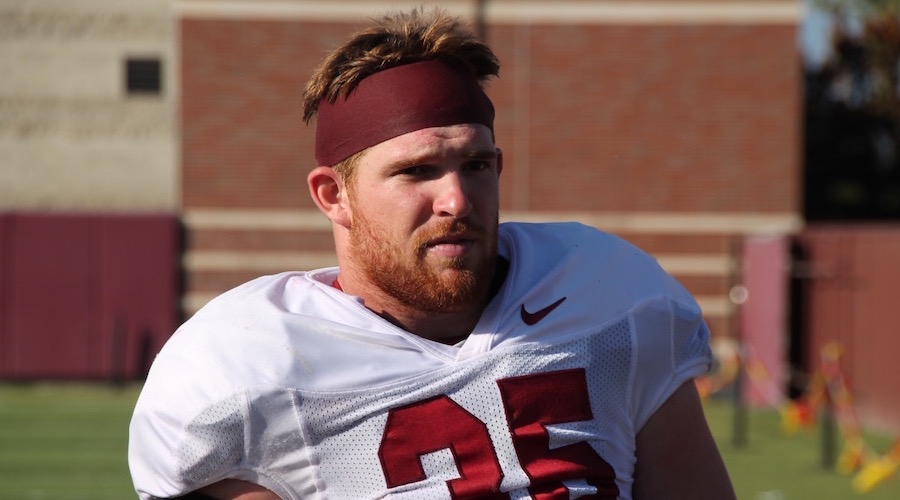 USC rush defense vs Aggies rush offense: The Trojans front seven is coming off a relatively solid performance against Alabama and they will be key to slowing down the Aggies run game, which is the primary chance Utah State would have to win the game. The Aggies are tied for the national lead in rushing yardage after putting up over 400 yards on the ground in their season opening win, including 208 by tailback Devante Mays. They also boast a good dual-threat QB in Kent Myers. Look for USC linebackers Cameron Smith and Michael Hutchings to lead the way for the Trojans, along with NT Stevie Tu’ikolovatu and OLB Porter Gustin.

USC offense: It’s not really a case of how the Trojans do against the Utah State defense, it’s more a matter of how they do against their own standard. After putting together a disappointing performance in the opener where little went right it will be important for the Trojan offense to come out and produce, and that will have to start with quarterback Max Browne and the offensive line. This won’t be the Alabama defense lining up on the other side of the ball so it stands to reason the Trojan line should be able to assert more control, and that should give Browne enough time to execute the offense and get guys like Justin Davis and JuJu Smith-Schuster involved.

Helton leadership: The USC head coach honeymoon period is officially over for Clay Helton after last week and the spotlight is now turned up on how he handles the team after such a thorough defeat. It’s not something the USC program has had a lot of practice with and that’s why it’s so important for Helton to show that he can get the team focused for an 11am start against an opponent that isn’t named Alabama or Stanford.

Speaking of Stanford: Yes, the Cardinal are waiting next week for the Trojans in a game that will be another physical match-up and the Pac-12 opener for both teams. Before the attention gets turned to that game, however, the Trojans would love to play some good football against Utah State in order to build some positive momentum heading up to the Farm.

Honor The Bobble-Head: It will be Marcus Allen bobble-head day at the Coliseum on Saturday and there can be no better way for the current USC players and coaches to respond to the Alabama defeat than by going out and playing the kind of Trojan football that Allen would be proud of. Marcus was a tough and fundamentally sound player who believed in physically wearing down an opponent, and that’s the kind of play he would like to see from this team.