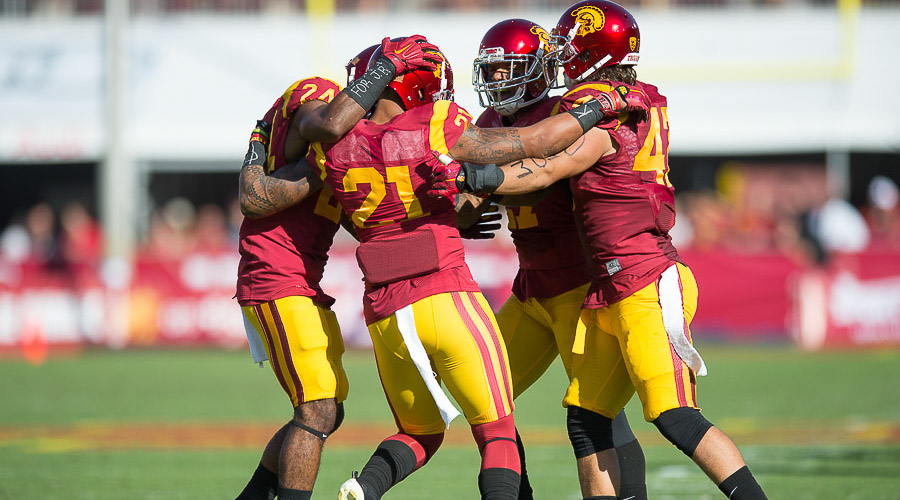 The NCAA has announced a proposed agreement that would restore wins that had been vacated as part of the Jerry Sandusky scandal and Haden was asked if he thought USC deserved a similar reconsideration in punishment related to the Reggie Bush case.

“Well, it’s too late,” Haden said on The Beast 980. “We’re back to no scholarship limitations at all. I can tell you…over the last four and a half years I have been back there (to the NCAA) asking for a look at our penalties at least three times and have been rebuffed.”

The 2014 football season marked the final piece of the penalties in the Bush case when the USC roster was limited to a maximum of 75 players. There had also been a two-year bowl ban and a reduction of 30 total scholarships over a three-year period, along with the vacating of wins, a national championship and one Heisman Trophy.

There has long been an outrage from USC fans who have watched as other college programs commit infractions that receive comparably lighter penalties, and the recent developments with Penn State have brought those frustrations to an even higher level.

“At this point, I know USC fans and I feel this way too, when we see other programs around the country get relief or less penalty than we received, you feel abused and upset,” Haden said.

“I’ve said many, many times that I thought the sanctions were much too harsh for the crime that was committed but we’re finally past the sanctions, things are looking up and I’m encouraged with where we’re headed. Right now at this point we need to worry about USC.”

Haden also talked about his experience as a member of the College Football Playoff committee in the afterglow of a very successful first year of the new playoff system. It was a role that required 20 hours a week of study, eight straight weekly trips to Dallas for two days of meetings and responsibilities for Haden of reporting to the group on the Big Ten and American Athletic Conference.

“It was really an honor. College football changed my life, I wouldn’t have been able to go to USC without an athletic scholarship so for me to serve on this committee was meaningful. Every committee member came in so prepared and it was a group of people committed to trying to get it right. There were some spirited debates but they were respectful. How can you not respect someone like Condoleeza Rice? She was very, very prepared. And there was great respect for the coaches when they spoke. Each of us gave some suggestions afterwards for things that could be done different, I don’t think there’s going to be a massive change but we will probably tweak it a little bit.”