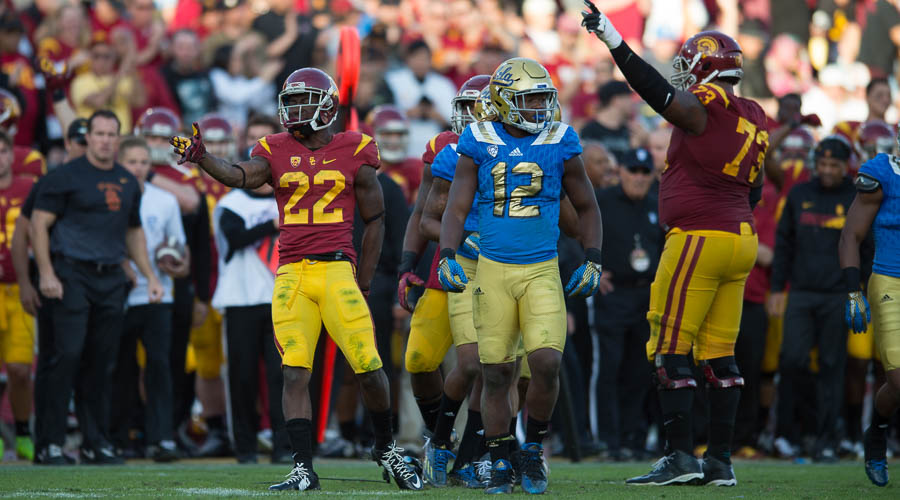 LOS ANGELES – Halloween is still nine months away, but some gridiron costumes are starting to materialize, and while Stanford’s offense has for a number of years been disguised as the USC Trojans of the 60’s, 70’s, and mid-2000s, a local Pac-12 foe appears set to order its now set of old-school USC Trojans offensive costumes.

We assume you’re aware of the recent news out of Westwood that the UCLA Bruins have promoted former USC fullback and running backs coach Kennedy Polamalu to offensive coordinator?

What it could signal is that the Pac-12 might be slowly returning to its roots of power football, something that the elitist SEC prides itself. After all, Alabama, Georgia, and LSU see themselves as the originators of rushing the ball down somebody’s throat.

The irony to all this power football euphoria is that the originator of modern tailback power football comes from – and you know the answer – the USC Trojans, who wrote the book on it, thanks to Hall of Fame Coach John McKay and his I-formation, or have you forgotten the student body sweep, power, blast, and the quick fullback trap?