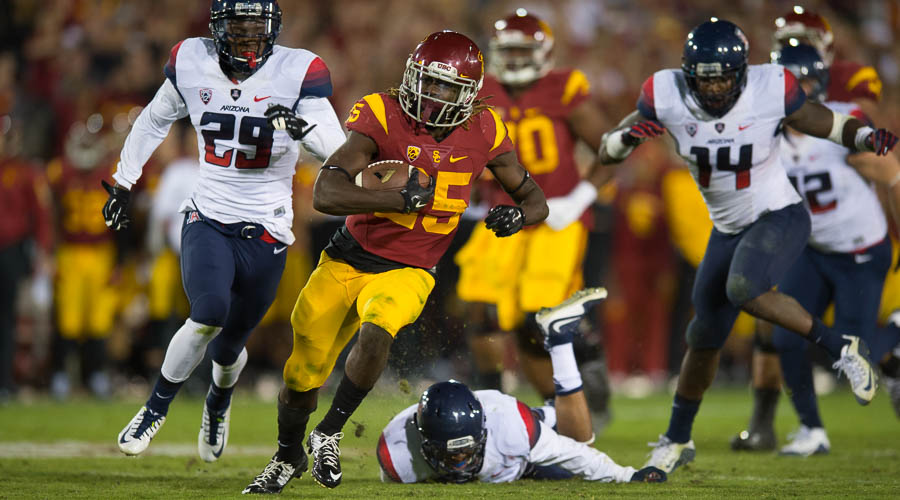 LOS ANGELES – USC Trojans head coach Clay Helton has repeatedly said that his No. 1 off-season priority for his budding program is to instill physicality into the “trenches.”

As it pertains to physicality, no area on Helton’s football team will be under more scrutiny that his running game, something he has harped upon as both an interim and permanent head coach of the storied Men of Troy.

But more than just physicality, at stake will also be Helton’s own credibility. He has been on record as saying that a power rushing game ranks right at the top of the list in defining his offensive philosophy.

Will he walk the walk as well as talk the talk?