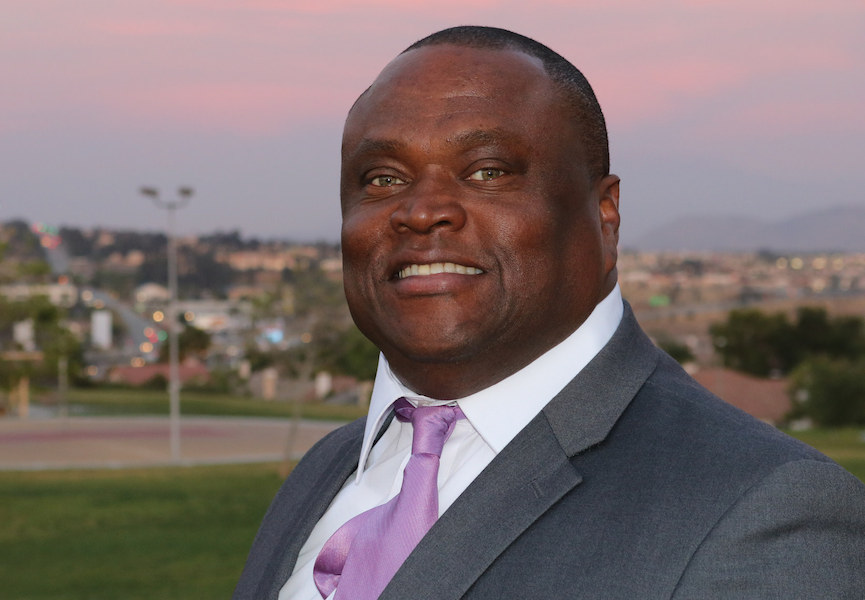 This podcast talks about former USC fullback Leroy Holt on his playing career at USC and then getting drafted by the Miami Dolphins in 1990, only to get a short lived pro career, to now running for Councilman at Moreno Valley.

During his playing days he talked about how his high school QB Jamelle Holieway and him were recruited strongly by the University of Oklahoma but the opportunity to stay home is what influenced Holt to go the SC. One of the biggest things Holt talks about in the podcast is the rivalry between UCLA and Notre Dame. For UCLA he says that sharing the Coliseum at the time this was also what ignited the rivalry in the ability to prove who ran the Coliseum. For Notre Dame it was about proving that they were not a pushover and that they could beat them for the first time bin several years. Another thing Holt talks about with his memories at SC are the crowds at the Coliseum and their electric and magical energy. He believes that the Coliseum is special and that SC fans are the best college fans in the world. When he came into the NFL Holt believed he could play professional during his junior year of college and he believed he could be a contributing piece to anybody. He goes on to talk about that he was upset and worried about where his draft stock was going to fall after doing very bad at the draft combine. He also goes on to talk about that in the 5th round when he got picked 137 by the Miami Dolphins, he was surprised they chose him because his playing style didn’t fit them at all. He also talks about how his time in Miami was great and it was an amazing experience for him. Holt also goes into detail on how he got hurt his rookie year and how that cut his professional career incredibly short. It was a preseason game and it was a play that he normally ran in college but this time something went wrong and he fractured his vertebrae in his neck. When the doctor told him he was out for the year that crushed him but he also accepted reality. When asked what he thought of fullbacks nowadays in the NFL, Holt said he wasn’t happy on how the position is being treated today and that’s just because of how the game has changed. At the end of the interview, hold goes into detail of what he’s doing now which is running for councilman at Moreno Valley which is a place he’s been for 19 years and that he’s looking to make a difference to the community there and being the best person he can be. What makes this special is that Leroy Holt has always been a leader through high school, college, even his short stint at the NFL which makes running for councilman a perfect position for him. He’s looking to make a difference in the world that has so many problems and could use someone like him. He’s already making a difference by saying that there are more jobs now at Moreno Valley and also he wants to start a Mental program for the youth. Change doesn’t happen quickly but it can happen over time and it can become something special and that’s what I feel like Leroy Holt can do to the community of Moreno Valley.