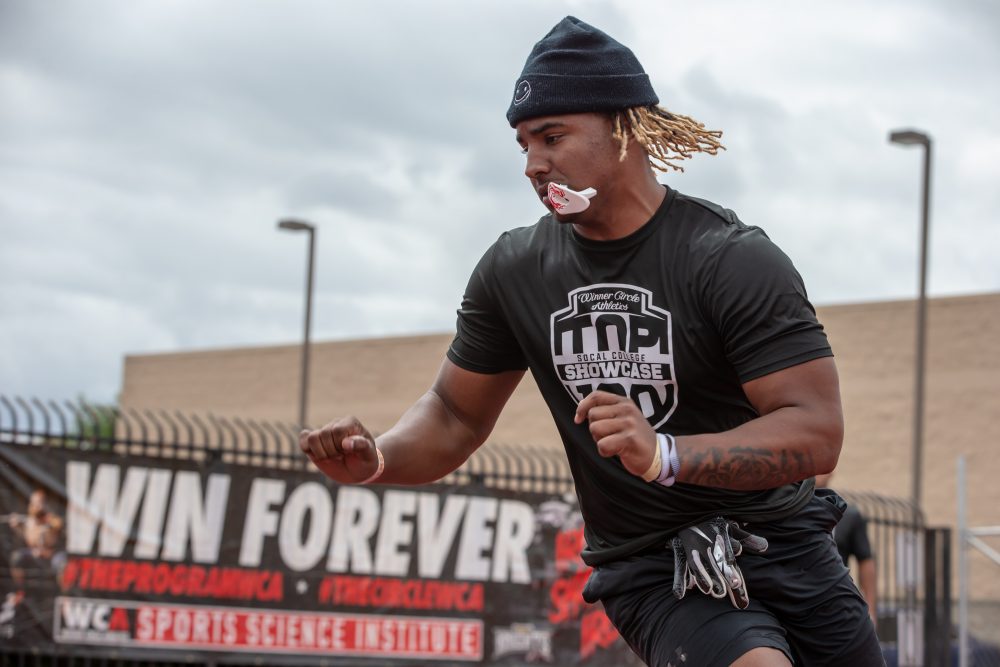 USC’s defense was flying around this spring as it responded well to the Trojan coaches asking for fast, physical practices. That side of the ball also appeared to take something of a step forward last fall from the previous season, ranking in the top 50 when it came to scoring, total, passing and rushing defense. But there is still plenty more work to be done in order to be considered an elite defense and it’ll be interesting to see how the offseason roster shuffling affects that this fall.

On Monday, we looked at what’s new with the USC offense and the differences in roster makeup between the end of spring ball and what we expect to see for fall camp. Today, we’re doing the same on the defensive side.

USC will be without three defensive linemen who saw action this spring and that was a thin position already when it came to experienced contributors. Defensive tackle Brandon Pili tore his Achilles tendon early in the spring and is scheduled to miss the 2021 season. USC will also be without defensive end Caleb Tremblay and defensive tackle Jay Toia, who left for Tennessee and UCLA via the transfer portal. Tremblay’s loss is not massive because he battled some injury issues and never seemed to really get going under position coach Vic So’oto. Toia’s loss is huge. Given extended reps this spring, Toia looked like he might be a good bet to start as a true freshman, especially with the loss of Pili for the year. Now, USC has to hope that Alabama transfer Ishmael Sopsher is the answer in the middle. Sopsher was on the roster for spring ball but didn’t participate while recovering from surgery for compartment syndrome.

The Trojans will also get a couple of defensive ends added to the mix this fall, with vastly different expectations. Korey Foreman comes to USC as the nation’s No. 1 overall prospect and someone who will be looked at to contribute immediately. Foreman has some positional versatility in that he could line up as a true defensive end or potentially play that hybrid DE/OLB role manned by Drake Jackson. It will be very interesting to see how defensive coordinator Todd Orlando uses those two together.

Defensive end Colin Mobley also joins the roster. He was a three-star prospect, but a guy that So’oto and staff clearly liked enough to go across the country and bring him in from Maryland. It’ll be interesting to see where he is in his development and if he can help as a true freshman. Tuli Tuipulotu and Nick Figueroa will be asked to carry a bulk of the load up front on the edges, but capable backups will need to emerge.

Raesjon Davis was a major addition in the 2021 class and he might get every opportunity to see just what kind of impact he can make as a true freshman. Inside linebacker was a spot where an addition from the transfer portal might have made sense in order to add another body there. Multiple walk-ons got significant run during the spring and could be in the second or third group this fall. The hope is that some combination of Solomon Tuliaupupu, Jordan Iosefa and Tayler Katoa can be healthy enough this season to make an impact. It’s been a long time without football for all of them, so there’s very guarded optimism heading into the fall.

There will be several new faces and the return of an old one this fall that should give the defensive backfield a boost. Incoming freshmen cornerbacks Ceyair Wright, Prophet Brown, and Jaylin Smith will be tossed into the mix — especially Wright and Brown on the outside. The Trojans were down to walk-ons in a number of practices this spring, and also asked the true freshmen, early enrollee safeties to move outside and play corner at times.

USC also brought in former Auburn safety Chris Thompson Jr. via the transfer portal and should have nickel Greg Johnson back to full health after he missed the spring. That should create plenty of healthy competition at the safety spots, where Chase Williams and Xavion Alford held the starting spots while Isaiah Pola-Mao moved to nickel when Max Williams was lost for the season to injury. With Williams, Alford, Pola-Mao, Thompson and Johnson, not to mention improvement from the three freshmen safeties who were here in the spring, Xamarion Gordon, Calen Bullock and Anthony Beavers Jr., the safety spot is looking like it’s moving back to full strength