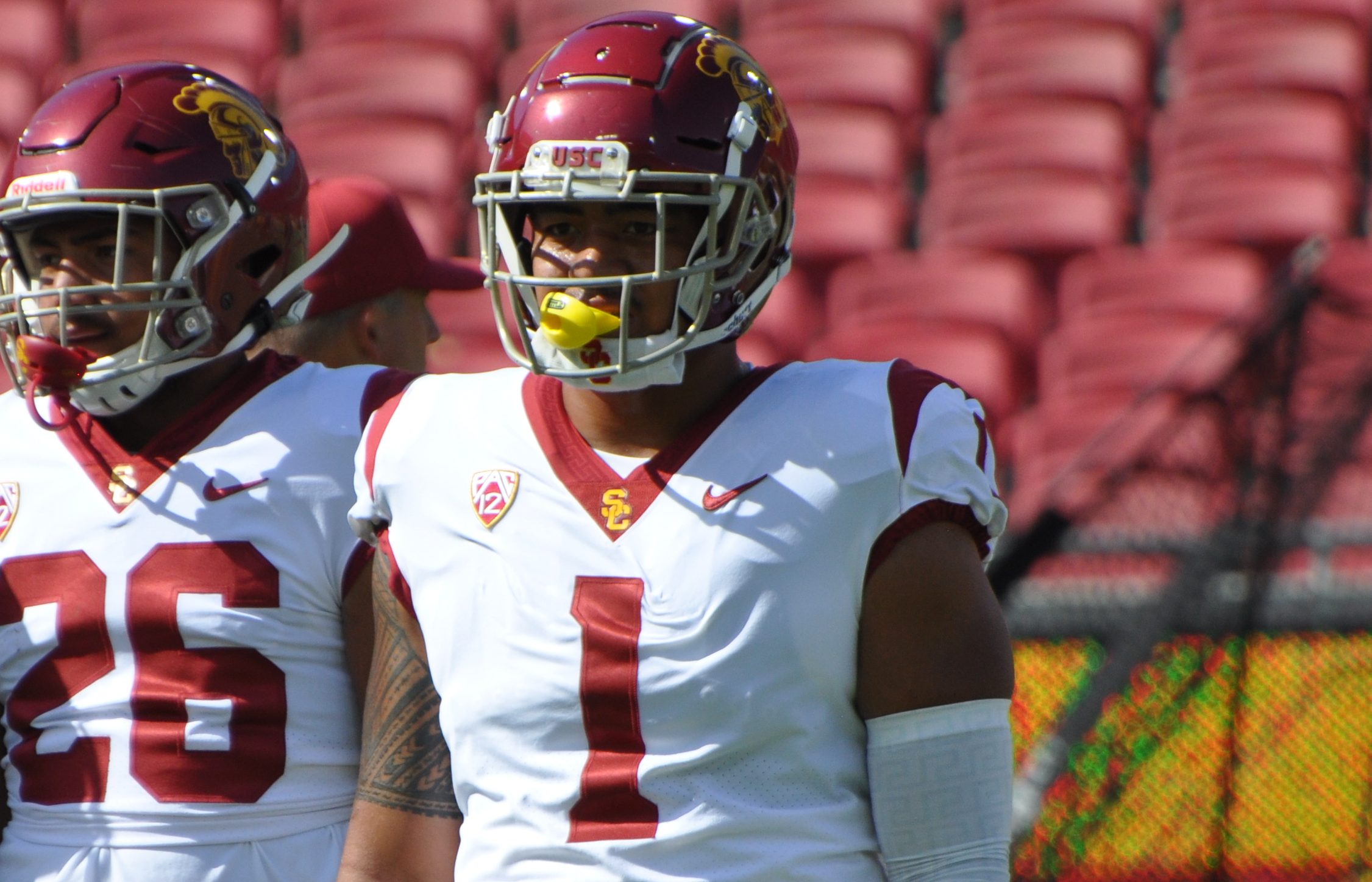 No position group was facing more questions heading into spring ball than the linebackers. It’s an important position in Todd Orlando’s defense and it appeared there could be a lot of moving parts with so many talented players competing for a few starting spots.

What we did find out during the one spring ball practice is that Drake Jackson is definitely going to split time this season between outside linebacker and defensive end. He said after that first practice that he’s playing the B-Backer position in Orlando’s defense and not getting on-field reps this spring in a completely new position won’t help Jackson’s development there. There’s little doubt that Jackson will find a way to excel anywhere he’s placed on the field, but getting some time out there would allow the coaches an opportunity to see how well he fit in that spot, or if more tinkering would be necessary to get him somewhere he could be even more effective.

It’s also a blow to the continued development of Palaie Gaoteote. Was the junior linebacker going to be given the reins in the middle of the defense this spring? Last season, the USC defensive coaches made a statement in moving John Houston and Jordan Iosefa to middle linebacker and putting Goateote at Will linebacker. He played in just eight games due to injury, but had just three tackles for loss, and no impactful plays in the way of sacks, interceptions or forced fumbles.

This might have been an opportunity for Gaoteote to take control of the USC linebacker group, and it certainly would have been a chance for him to become much more familiar with the on-field ins and outs of Orlando’s defense. USC loses Houston and his team-leading 104 tackles, and the Trojans were also going to be without Iosefa this spring, so the spotlight was going to shine brightly on Gaoteote.

But there were plenty of other factors to watch in the middle. Solomon Tuliaupupu still wasn’t fully recovered from the two surgeries he had on his foot last year, but he was doing more during that first practice than we saw all last fall. It would have been interesting to see what point he might have been able to get to with his recovery and if we could have seen him fully going by the end of spring ball.

Kana’i Mauga is another interesting piece. He played behind Gaoteote last season and performed very well in spurts. Was he going to get more of a look from Orlando, or perhaps come out from behind Gaoteote to a different spot?

And then we’re deprived the opportunity to see the development of a group of promising, young linebackers, in Ralen Goforth, Tuasivi Nomura and Maninoa Tufono. Goforth was very impressive as an early enrollee freshman last season and it’s going to be difficult to keep him off the field as he heads into his second year.

But things might have been even more interesting with the outside linebackers. Abdul-Malik McClain was going to miss spring ball as he continues recovering from a shoulder injury, but he absolutely flashed enough last season to believe he’ll be part of the mix this year.

USC also has a bunch of talented potential pass rushers in Hunter Echols, Juliano Falaniko and Eli’jah Winston, as all three spent time at outside linebacker last year.

It was going to be worth watching this spring to see what kind of rotation they saw, as well as where on the defense they lined up. Winston was listed this spring at inside linebacker, and he played both inside and outside last year. With a four-man front, would there be two true outside linebackers on the field, or would the Trojans go mostly with five defensive backs? If there were looks with three true linebackers, assuming Gaoteote and Mauga were two, who would be in that third spot?

This is a position where it feels like there are a lot of potential parts, but spring ball was going to offer Orlando–as linebacker is his position group–an opportunity to find how those parts fit together best. And perhaps even what kind of potential he actually had. We’ve seen flashes from just about all of them, but nothing yet that proves they can be a dominant group.

Orlando has gotten some great linebacker play in his defense, and the position is asked to bring pressure on the quarterback as well as generate tackles for loss. There would have been plenty of pass rushing opportunities this spring to see if that’s something this group could deliver.

Join the discussion on the WeAreSC message boards