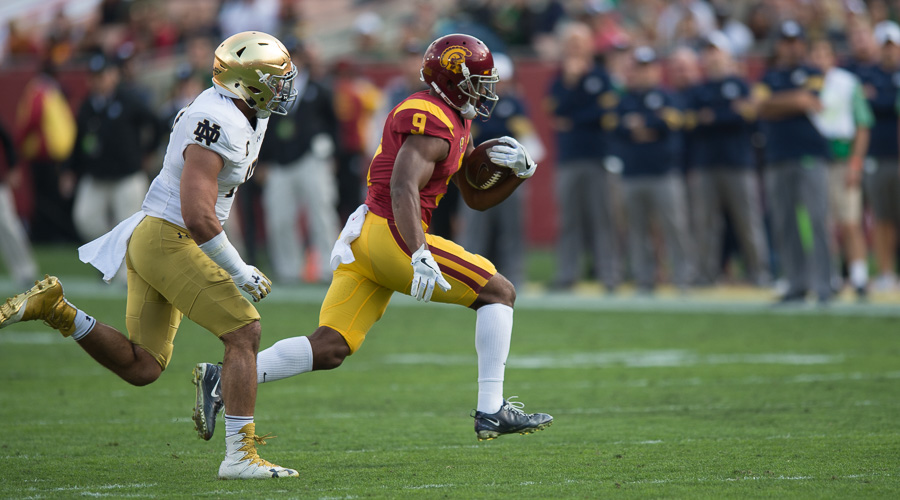 * Picking up where they left off: It’s been 2 ½ weeks since the Trojans played a football game and in that time there has been finals to worry about, awards to pick up and recruits to recruit, but now it’s time to get back on the football field to prepare for the Rose Bowl. Where will the team be in terms of sharpness and preparation, especially as it relates to how crisp they were to end the season? This will be a major factor to watch as practices get started.

* Using the allotted sessions: Much was made last year about the fact that the Trojans did not use all of the available practice sessions for the Holiday Bowl, and it showed in a performance that resulted in a loss to Wisconsin. USC coach Clay Helton has made it clear that will not be the case this year, and that the Trojans would use all 15 of the available sessions.

* Health status: The two main players I’ll be looking at to see how the extended rest helped with injury rehab are JuJu Smith-Schuster and Justin Davis. Both were able to play at the end of the year but were still struggling somewhat because of injuries suffered during the year. It stands to reason the time off was a benefit to both and they should be ready to go.

* Back-up QB: Max Browne is gone in search of a new home so that means the Trojans will be working with a new #2 QB in practices. Clay Helton has said that Jalen Greene will get some work and he would be the likely candidate to go in if needed. It will be interesting to see how Jalen splits his reps in practice between QB and WR. The only other scholarship QB on the roster is Matt Fink, and it’s hard to imagine you would burn his redshirt year at this point.

* Young guns: One of the benefits of bowl practices is the opportunity to get some extended work at times for younger players, particularly guys who have been redshirting and spending their fall time on the service team. I’m really looking forward to seeing someone like Jamel Cook, who was injured early in the season but is healthy now. I also think we could see some good things from the receiver group, led by Josh Imatorbhebhe and Tyler Vaughns.