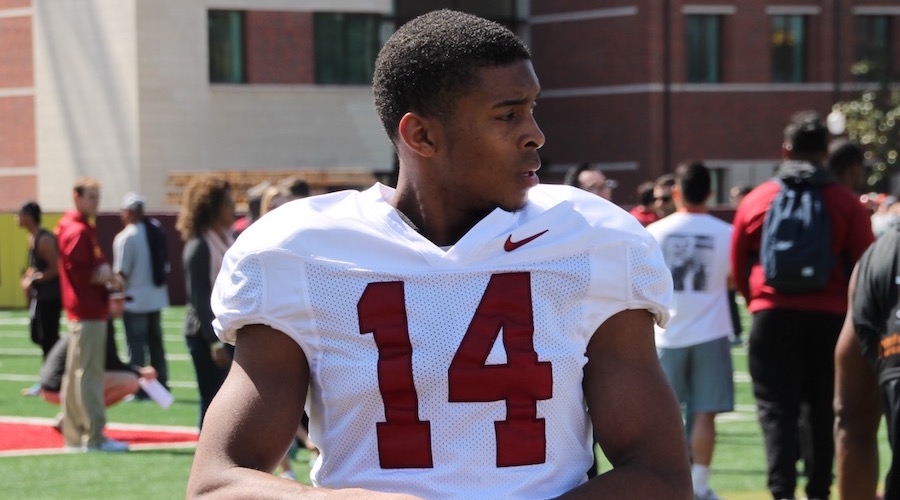 * Today was the first day in pads so there was a physical one-on-one drill early in the day.

* In a 7-on-7 drill Darreus Rogers had a good play to make the catch despite tight coverage from Marvell Tell. Isaiah Langley made a nice break on a Max Browne pass to step in front of the receiver for a pick-6. Sam Darnold had his best day throwing the ball with good zip.

* A team drill was held with all 20 plays being runs, no passes. Helton said he liked the physicality from the offensive line and from the defense.

* In the team competition to finish the day, the offense “won the battle but the defense won the war” according to Helton. Leon McQuay had a pick-6 after Langley tipped a Browne pass directly to Leon, who added a second pick-6 after a Browne pass went through the hands of Smith-Schuster, and Leon took it to the house again. Browne ended the day by hitting Smith-Schuster with a beautiful deep touchdown pass.

* Helton “to see Leon (McQuay) do that made me happy. He can make plays”. Leon has a Tuesday afternoon class which will cause him to miss Tuesday practices but he will get in some individual work on Tuesday mornings after the walk-through.