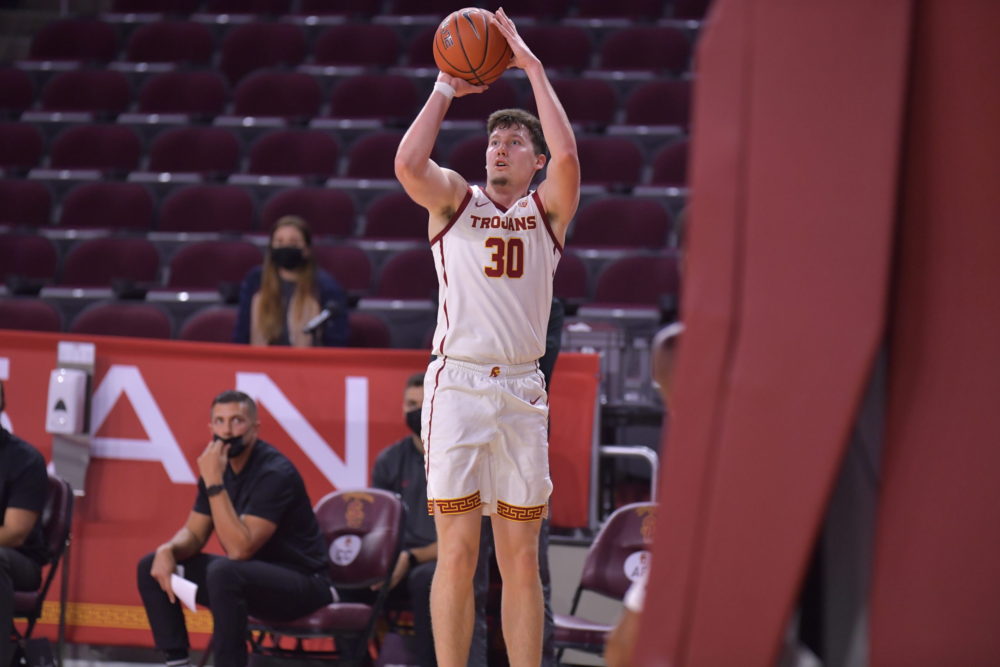 For several months it appeared Noah Baumann was the odd man out and could look for another landing place. The only reason I hedged recently was that with 1,300-plus players in the portal, Noah might elect to stay because many players in the portal won’t find new homes and their prospects might be bleak.

Being blunt, Noah’s leaving will benefit the Trojans. Reese Waters joined the team from high school at the semester break and gained good experience in practice against this season’s team Two more high school guards will join the team this summer. With this addition of new talent, Noah likely assessed his prospects of extended playing time as poor.

The Trojans gain more in having an extra scholarship available than they would have with Noah on the team next season. We don’t know who will or won’t be back next season though it is clear the team has two needs regardless. USC needs a point guard who can handle the ball at an elite level and they need another big who can provide offense.

None of the guards on next year’s team are true ones. Ethan will be a junior and if healthy He can be a key second point and also get minutes at the two and when the Trojans play small to match an opponent’s lineup.

If both Isaiah Mobley and Chevez return the Trojans would have good depth and good options on the front line. If Isaiah’s offense continues to improve as it did over the last month of this season the need for a big who can score might go away. But the rumors are that Isaiah will test his draft status this Spring and Enfield won’t know for a few months if he will return for sure. Also 6’9” Max Agbonkpolo can play some minutes inside and so can incoming freshman Harrison Hornery, who at 6’10” has the size but prefers to play on the perimeter on offense.

Bottom line: The Trojans would be hurt if players who are expected to compete for major roles and minutes enter the portal. Noah does not fit in that category. Noah is a very good kid and put in the effort but the Trojans’ recruiting success gives him reason to look elsewhere.