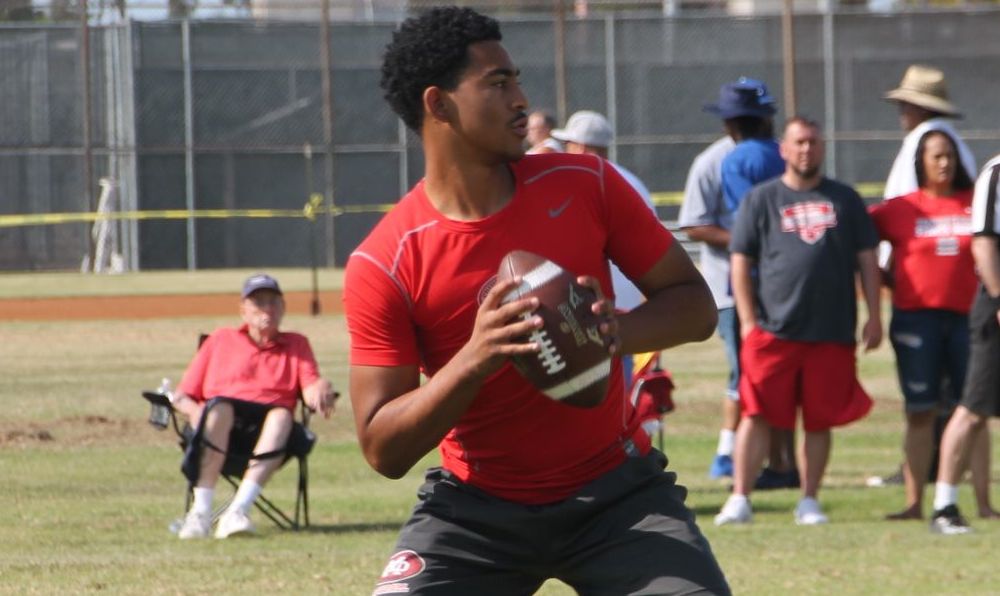 USC 2020 and 2021 commitments were in action this past weekend, with an offer also going out to a local 2022 prospect.

WR Joshua Jackson Jr. and the Narbonne offense took down St. Paul by a score of 56-19. Even being away, Narbonne looked at home all night as wide receiver Joshua Jackson Jr. caught 7 passes for 153 yards and 2 touchdowns, with his longest catch going for 70 yards. Narbonne battles Orange Lutheran away this Friday.

TE Jack Yary and Murrieta Valley defeated Santiago by a score of 49-36 last Friday. Yary led the team in receiving touchdowns (2) while securing 4 receptions for 63 yards. Yary’s a developing downfield threat with his pass longest reception of the game at 31 yards. Murrieta Valley faces off against Roosevelt in Eastvale this Friday.

DT Kobe Pepe and St. John Bosco routed Liberty with a shutdown score of 49-7. Pepe recorded a solo tackle and a sack on the day. Bosco looks to remain unbeaten when they play Our Lady of Good Counsel (Bellflower, CA) this Friday.

OT Andrew Milek and Brophy College Prep blanked Tolleson by a score of 42-0. In Brophy College’s second straight blowout performance, the offense got moving early with help from their dynamic offensive line group. Brophy College plays away to Copper Canyon on Friday.

OT Joey Wright Bishop Monague of Reno’s game ended in a forfeiture for the team against Oak Ridge. Bishop Monague faces off against McQueen this Friday.

OG Kyle Juergens and the St. Margaret Tartans won their first game of the season at home against La Mirada by a score of 30-22. St. Margarets plays away to El Toro on Friday, September 20th.

OL Jonah Monheim and the Moorpark Musketeers were shut out by Notre Dame High, 42-0. Moorpark plays Ayala at home this Saturday.

OLB Ma’a Gaoteote and St. John Bosco defeated Liberty 49-7. Gaoteote recorded 4 total tackles, 3 solo and 1 assisted in the rout. St. John Bosco boasts one of the most talented defensive groups and plays home to Our Lady of Good Counsel on Friday.

WR Velltray Jefferson and the Edison Tigers were defeated 17-0 against the Buchanan Bears on Friday. The Tigers look to rebound against Clovis North in a neutral fielded game this week.

2022 FS/WR prospect Kamari Ramsey picked up an offer from USC (7th offer overall). Ramsey had an excellent game for Sierra Canyon in their loss to Oaks Christian. The sophomore product produced 7 total tackles, including 3 solo and 4 assisted. Ramsey has other notable offers from Michigan, Ohio State, Nebraska, Oregon, and Colorado.