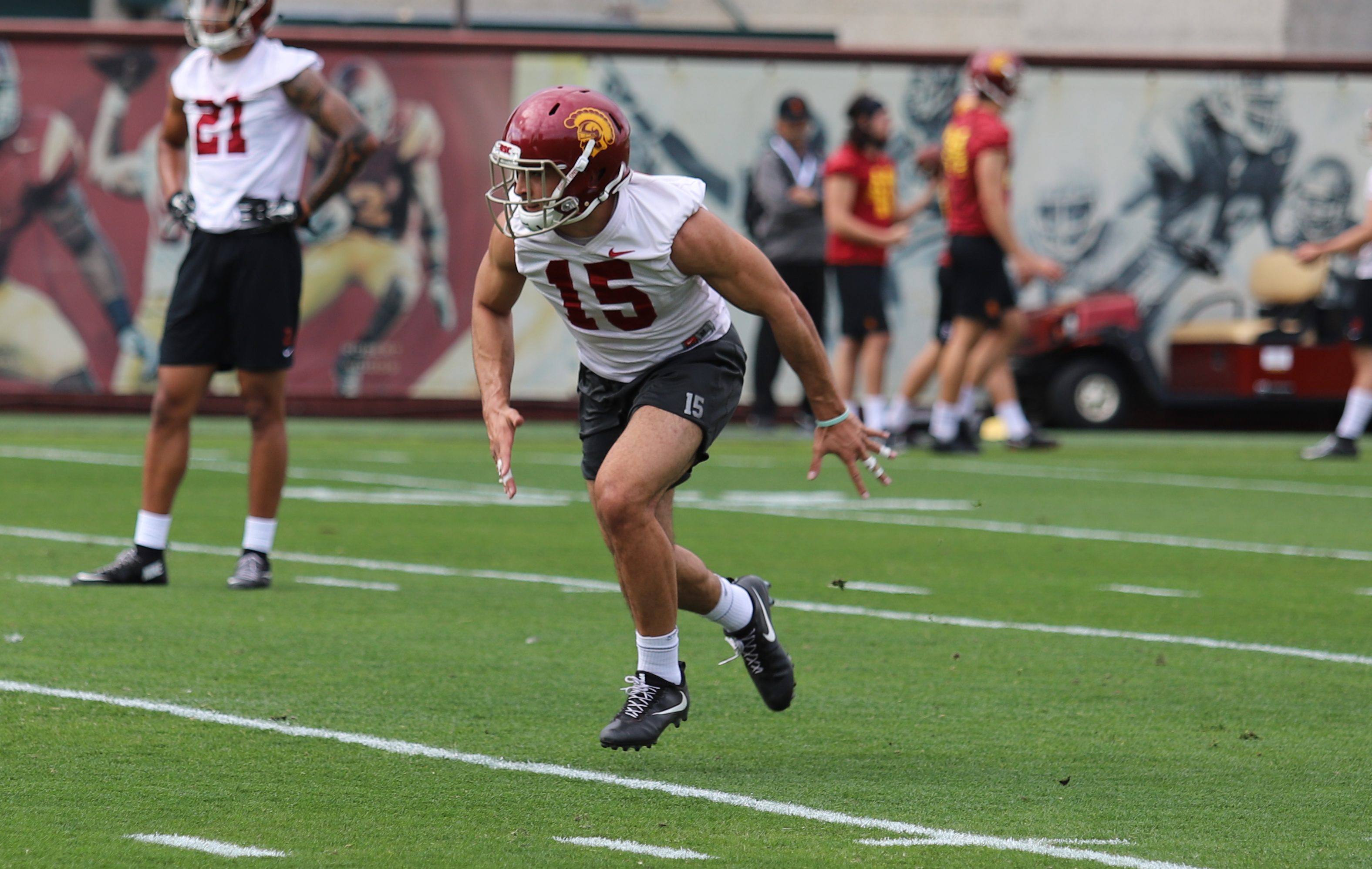 With the offense set to receive a boost in the form of starting quarterback Kedon Slovis returning from injury, the USC defense might be in line for even more of a bump, getting back safety Talanoa Hufanga.

Hufanga sat out the Washington game while recovering from a concussion suffered late in the win over Utah and his presence was clearly missed in a 28-14 loss to the Huskies.

Healthy and available for this game against Notre Dame, Hufanga will go back to making an impact at all three levels of defense for the Trojans. Defensive coordinator Clancy Pendergast said after Wednesday’s practice that Hufanga can “do a lot of different things” for the Trojans, including playing up around the line of scrimmage, in the intermediate area and deep as well.

“We’ve had things kind of dialed up for him when he’s been available, to be in all those different situations,” Pendergast said. “To be able to utilize some of those things is part of what we’ve done in the offseason.”

Despite undergoing multiple surgeries this offseason, Hufunga was able to take his game to another level, according to Pendergast.

“The surgeries allowed him to spend a lot of time in the film room,” Pendergast said. “He’s a true gym rat kind of guy.”

Hufanga said there is rarely a time he isn’t watching film, whether he’s walking around campus or eating — he said he’s always watching film whenever he eats, and expects the rest of his teammates to be doing the same thing.

While the return of Hufanga, and likely Olaijah Griffin, to the secondary is great news for the Trojans, this game against Notre Dame is another one that will likely be won in the trenches, as the physical Fighting Irish offensive line will look to wear down the Trojans.

“Size-wise, up front, there are the biggest o-linemen I’ve seen in a long time,” said defensive line coach Chad Kauha’aha’a. “The last time I’ve seen o-linemen like that was probably when I was at Wisconsin. They’re a veteran group, but so are we…Our guys will be up for the challenge. We’ll be ready to go on Saturday.”

Kauha’aha’a and Pendergast kept the defensive linemen after practice on Wednesday, as they installed a tweak to something they’d been working on. Kauha’aha’a said it was equivalent to making a halftime adjustment, and that having a veteran group makes that an easy thing to implement.

The USC defense will likely see a bit of everything from Notre Dame, which runs the RPO very successfully, has a group of dynamic tight ends, can pound the ball with physical running back Tony Jones Jr. and will welcome back Jafar Armstrong, a speedy utility player who can stretch the field sideways and hit a big play if given a seam.

“They’ve very diverse in what they do,” Pendergast said. “They obviously have a very good RPO game with the quick combinations outside and all the different formations. And they have a very sophisticated drop back game. They’re a lot to deal with, not only from a run game standpoint, but things they provide you in the passing game. And the quarterback sees the field really well and he knows the system and operates at a very high level.”

Kauha’aha’a said the Trojans have been working to install some things that will allow the defense a better opportunity to stop the perimeter runs that have hurt the USC defense again and again this season. Notre Dame will be a stiff test to see if anything is working on that front.

No change in the injury report, but nothing official, as Clay Helton is unavailable to the media on Wednesdays. Hufanga continued to wear the yellow non-contact jersey, but will be ready to play against Notre Dame. Olaijah Griffin participated in practice and there will likely be an update from Helton following Thursday’s practice.

Middle linebacker Jordan Iosefa dressed for practice, but continues to go through warmups along the sideline while wearing a brace on his surgically repaired knee.

Asked what stood out the most about the Notre Dame offense, Hufanga mentioned the physical ability of the running game, from every aspect. Specifically, he talked about how the running backs like to come downhill and don’t waste a lot of time or movement bouncing from side to side.