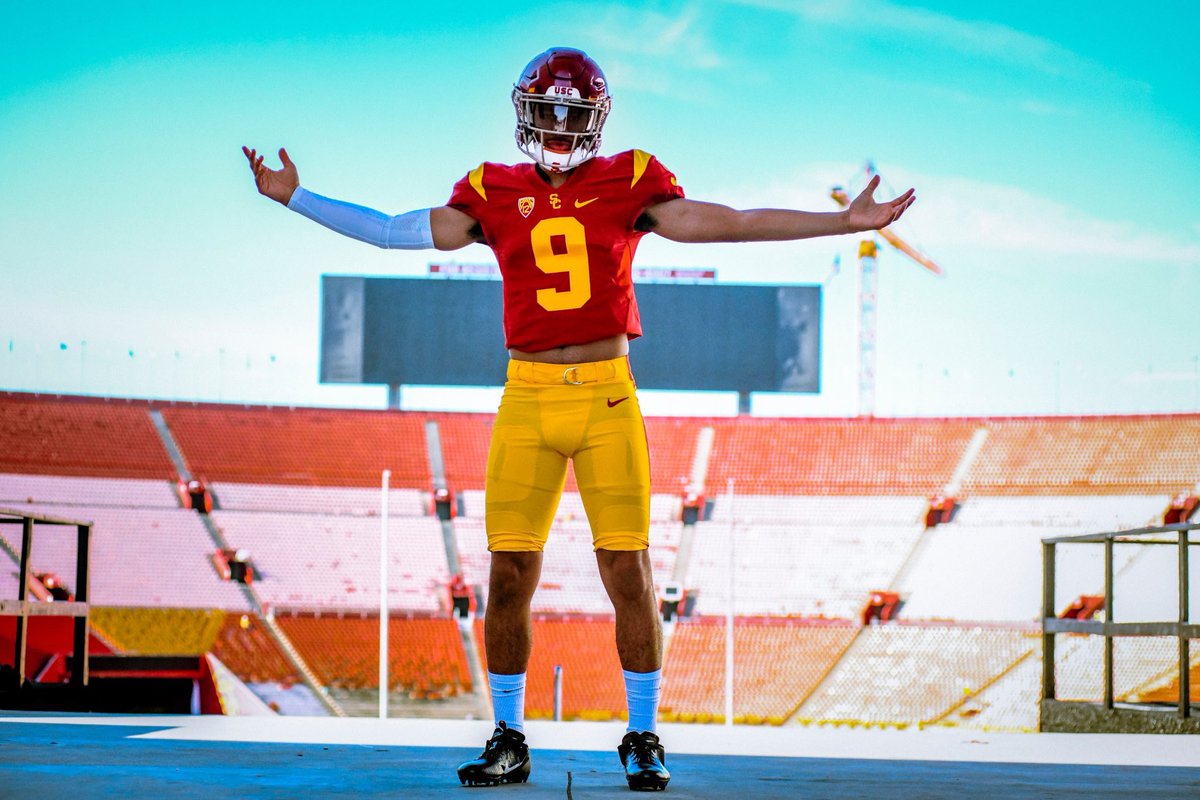 WeAreSC takes you through the biggest news and notes of the past week, featuring a late Sunday night decision, some big visitors, The Opening LA Regional, and a signing day wrap up.

Wide receiver Puka Nacua (Orem, Utah/Orem) announced late Monday night that he will sign with Washington, officially decommitting from USC and giving the Huskies the wide receiver they desperately wanted in the 2019 class. Nacua committed to USC this past summer as almost a completely unknown. When he dominated his competition throughout his senior season, his stock began to soar and Pac-12 rivals came calling in a big way. Oregon, UCLA, and Washington all hosted him on late official visits and Nacua wound up going with the Huskies.

His talent level makes this a loss for the Trojans, as Nacua would have given USC a four-wide-receiver class as good as any in the country. But if the Trojans can turn this suddenly open scholarship into an impactful graduate transfer along the lines or in the defensive secondary, it might be a trade that evens out this season.

On Saturday, 2020 quarterback Bryce Young posted photos from his visit to USC. Young is the nation’s No. 1 dual-threat quarterback and has been committed to USC since late July. But with the season USC just produced, as well as Kliff Kingsbury’s departure, coupled with a strong push from UCLA, there was some thought that Young could begin taking a look around. Anything that happens to quiet those whispers is a positive sign for USC, and Young’s visit to campus to meet with new offensive coordinator Graham Harrell appears to have locked the dynamic quarterback into USC’s recruiting class once again. As almost always in recruiting, there is still plenty of time for things to change, but Young has a chance to be a real asset in recruiting other players into this class, so keeping him pledged and motivated could go a long way for the Trojans.

The recruiting situations of many of those players are noteworthy when it comes to USC.

Burton is a transplant from the southeast and many have him pegged to return to that area for college. Wilson recently released a top five that did not include USC (after the Trojans were included in his initial Top 6 list last summer). Bryant is still a top target as a wide receiver. The Mater Dei duo of Ricks and Green-Warren are committed to LSU and Oklahoma, respectively. Phillips has released a top 12 that does not include USC. Flowe is likely the top target regardless of position for USC in the 2020 class. Sewell seems likely follow older brother Penei to Oregon. Washington will be a top tight end target for just about every school in the country.

There is still plenty of time in the 2020 recruiting cycle and USC is one of those programs that can generate recruiting momentum in a hurry, but it definitely feels a little strange to see USC facing an uphill battle for so many elite local prospects at this point of the process.

Washington state is home to a few big time prospects in the coming classes, and USC has some work to do in order to convince those guys not to stay home. 2020 standout Sav’ell Smalls released a top 12 over the weekend and all but officially eliminated USC. Alabama, Clemson, Florida, Florida State, Miami, Ohio State, Oklahoma, Oregon, Texas, Texas A&M, Washington, and Washington State all made the list. It’s not exactly alarming, but it’s certainly noteworthy that USC isn’t listed in a top 12 for a premier West Coast talent like Smalls. He might wind up being a difficult pull out of the Pacific Northwest, but it says something that USC is getting left out of more and more of these early lists.

One Washington prospect that USC is in the picture with is Steilacoom athlete Emeka Egbuka, who tweeted Sunday that he was on the USC campus. The 6-foot-1, 190-pound athlete already holds offers from Florida, Florida State, LSU, Notre Dame, Oklahoma, Oregon, Penn State, Stanford, Washington, and others.

In case you missed it, last Wednesday was the start of the regular signing period. So much of the shine has been taken off the first Wednesday in February, which used to be regarded as something of a national holiday for recruitniks. Now, with more than 70 percent of prospects signing during the early signing period in mid-December, February’s signing day feels more like an afterthought.

Still, the Trojans added seven prospects to the class, finishing with a group of 26. Bru McCoy’s spot must be counted in this signing class for this year, and after missing on Nacua, the Trojans still likely have two spots remaining in this class if they choose to go after grad transfers or any players in the recruiting portal.