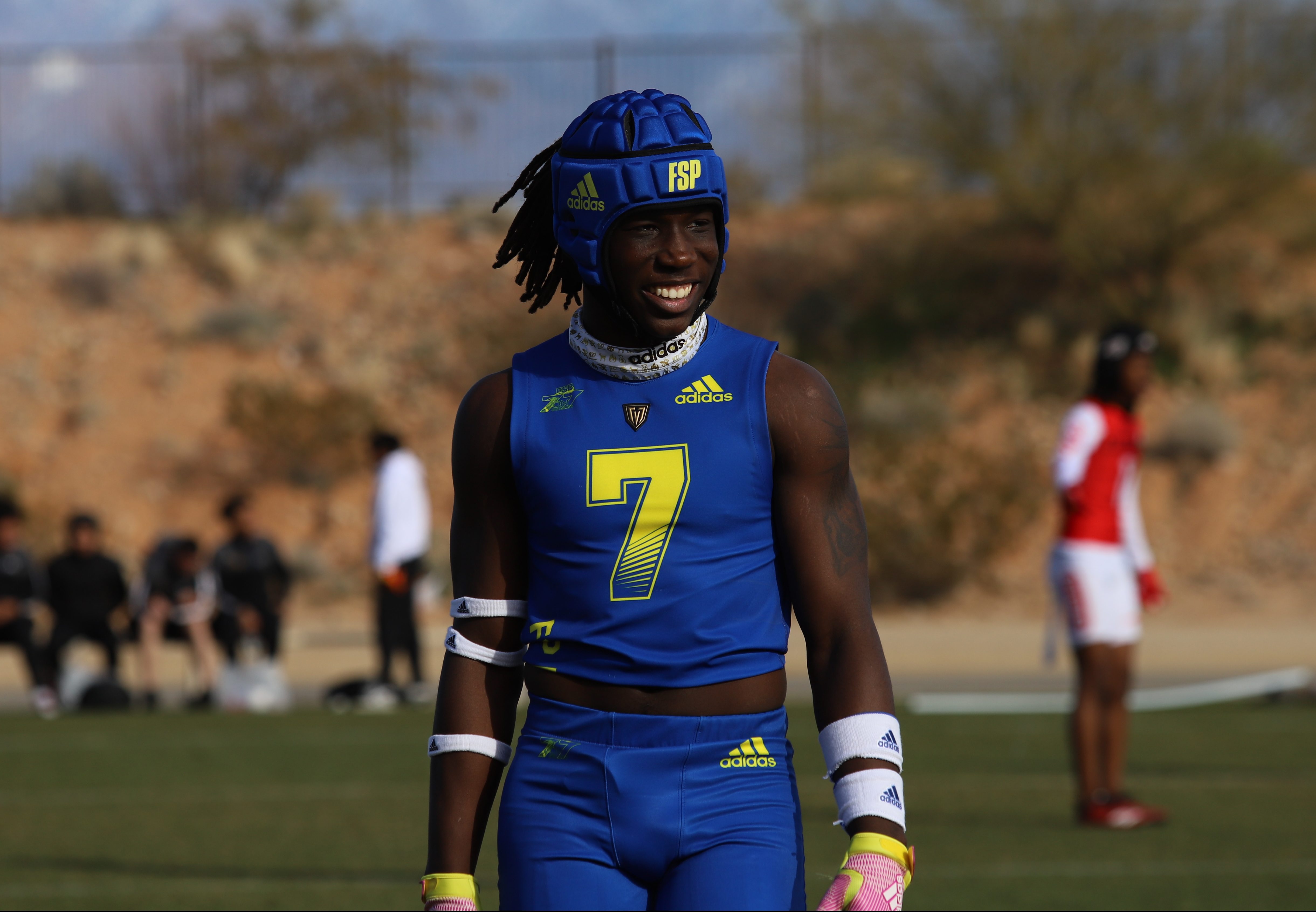 WeAreSC takes a cardinal and gold look at the news and notes of the past week affecting USC football, including USC recruiting nuggets from Pylon Las Vegas 7on7, several Texas-sized offers, and a big man backflip.

Jackson Gets A Lott Of Attention

Incoming freshman defensive end Drake Jackson turned a few heads when video of his backflip landed on Twitter. USC star Ronnie Lott summed up the athletic move from the 275-pound defender with two words: “My goodness.”

Jackson has a real shot to see the field as a true freshman, as the Trojans need to find pass rushing answers following the departure of Porter Gustin. With Gustin injured for much of last season, there wasn’t a consistent presence on defense that could get after the quarterback. Jackson has that ability, even in a limited role as a pure pass rusher.

There were no USC commitments in attendance, but the Trojans are chasing a few recruits who stood out.

It looks as though USC coaches are remaining serious about the tight end position on the recruiting trail, as local prospect Mark Redman (Corona Del Mar, Calif./Corona Del Mar) picked up an offer this week. Redmon has been hot on the trail lately, adding offers from Ohio State, Georgia, Texas A&M, Penn State, and Alabama all during the past month. USC added two terrific tight ends in the 2019 class and head coach Clay Helton spoke at length earlier this month about how much he likes how Graham Harrell’s offense utilizes the tight end position, so it should be interesting to watch how that plays out on the field this spring and fall. If Redman wants to stay in the region, UCLA and Washington will be two other schools to battle for him. There is also the possibility of Redman growing into an offensive tackle down the line.

With Graham Harrell and Mike Jinks on board, USC hasn’t been shy about extending offers in Texas. This week, offers went out to Oklahoma commit Drew Sanders, and Texas commit Jake Majors. Sanders is a 6-foot-5 rangy athlete who could probably play three or four different spots in college, including tight end and outside linebacker. His other recent offer is from Alabama, and has been committed to Oklahoma since November of last year.

Majors committed to Texas at the end of January and could be a difficult flip from the hometown program that has plenty of recruiting momentum at the moment. At this point, it’s always a promising sign when offers are going out to talented offensive linemen, considering the need for at least a few and the relative scarcity of elite national recruits at the position in California this year.

The Transfer Portal Is A Hurricane

Miami was again the beneficiary of the transfer portal, as former UCLA Bruin defensive end Jaelan Phillips chose the Hurricanes as his transfer destination. He is another high-profile player from Los Angeles to make the move to Miami, as former USC safety Bubba Bolden is also now at Miami. Early on, USC was thought of as a potential landing spot for Phillips, but that never materialized. The assumption at this point, however, is that USC will still look to the transfer portal for a veteran addition or two, as there are a couple unused spots that could be taken by a transfer or a grad transfer.

Elite programs across the country smell blood in the water when it comes to Pac-12 recruiting right now. Alabama, Clemson, Ohio State, Oklahoma, and Texas feel as though they can earn interest, a visit, and potentially a commitment from virtually any target they have out west. The latest Alabama target is cornerback Ayden Hector (Sammamish, Wash./Eastside Catholic), who picked up an offer from the Crimson Tide this week. Hector’s parents both attended USC and he is a viable option for the Trojans. We’ll see what kind of impact this Alabama offer has on him.