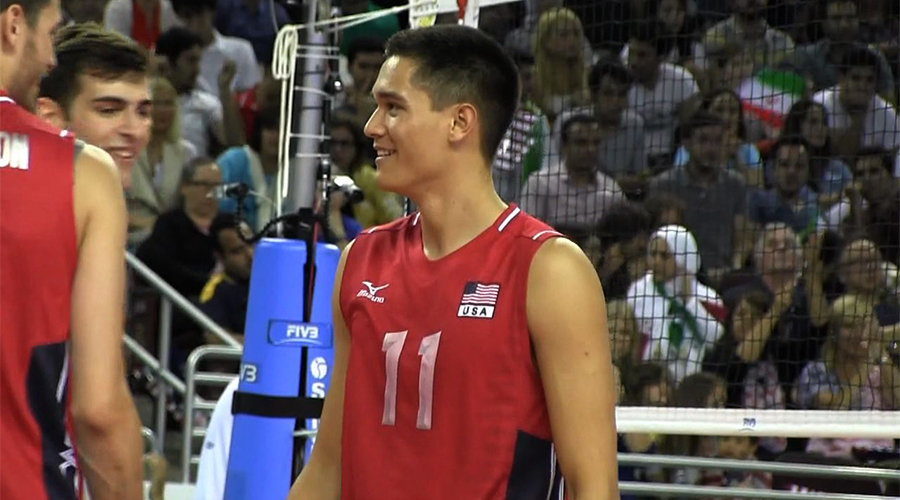 There is an old saying that you can’t come home again but that didn’t seem to apply to the Team USA volleyball matches last weekend against Iran when the Trojan family was well represented at the Galen Center.

Front and center for the national team is setter Micah Christenson, a three-time All-American and two-time winner of the Lloy Ball award during his Trojan career, who recently went through a graduation ceremony at Galen Center and now is about to embark on a professional career in Italy. But first came an appearance in front of his home crowd, in a gym that he knows so well.

“It feels good to be in my old locker room and being able to show the guys around a place I call home,” Christenson said. “And it was awesome to see some of the people who work here that I interacted with for so many years.”

Not only are the Trojans represented on the national team by Christenson and opposite hitter Murphy Troy, but the Board of Directors for USA Volleyball also features former USC women’s volleyball star April Ross and is chaired by USC graduate Lori Okimura.

“For me, personally, it’s another example of how USC develops character on and off the court,” Okimura said. “We have Trojans on the court who are taking care of business for Team USA, and we have Trojans off the court behind the scenes who are trying to support them in their endeavor to get to Rio. I’m really proud of SC and the fact that I went here so to bring Team USA back to campus is really an amazing feeling, it’s a very special moment.”

Christenson said it has been nice having that USC presence on the national team.

“It’s really cool to have Lori being kind a big shot there, to be able to have her support. And to have a guy like Murphy, I didn’t play with him at USC but he’s a friend and we played with some of the same people so that helped build our relationship early. It’s just really cool to have the Trojan Family represented so well as part of the USA team.”