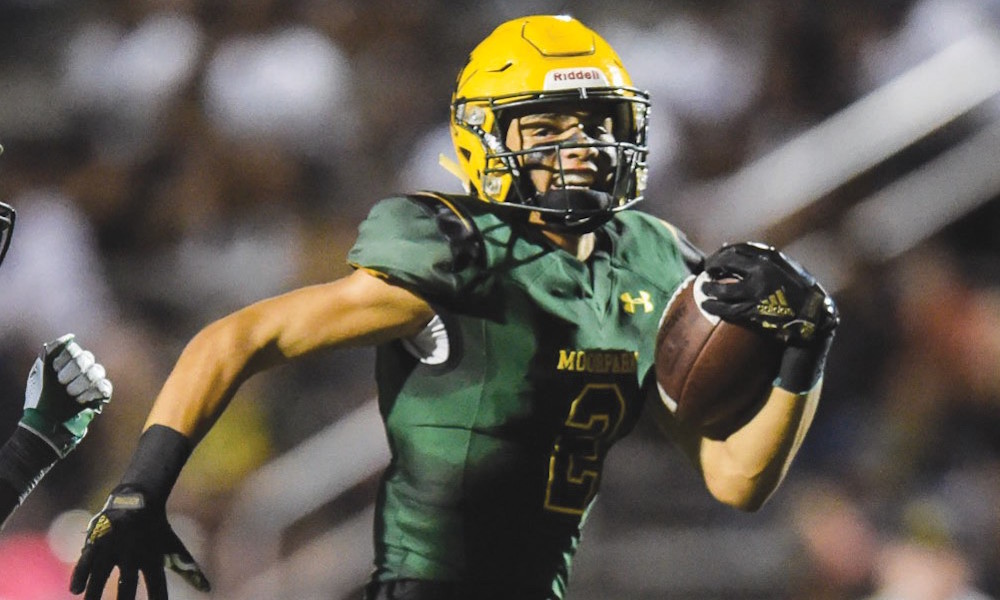 WeAreSC staffers offer their thoughts on the superlatives in USC’s 2019 recruiting class, from instant impact player, to best athlete, to most intriguing prospect.

Erik McKinney: I can’t imagine USC signing punter Ben Griffiths, having an open spot at the position, and Griffiths not sliding right in as a starter. As far as offensive or defensive players, I’ll go with defensive end Drake Jackson. USC could not develop a consistent pass rush once Porter Gustin went down. The Trojans have to find ways to get pressure and that might mean letting Jackson loose from the outside.

Darrell Rideaux: Drake Jackson. He’ll play defensive end or outside linebacker at the predator spot for Clancy Pendergast. He plays with tremendous leverage and has tremendous closing speed. He could account for double-digit tackles for loss.

Greg Katz: Drake Jackson. I think Drake can contribute immediately, and he proved his stuff in the All-American Bowl and during practices in San Antonio. He’s a future star in the making and could be the sack master that the Trojans need moving forward. Although well known, his upside is very good, and he actually might have been underrated.

EM: Kaulana Makaula. This is probably splitting hairs between the guy who is the best long-term (Kyle Ford) and the guy who I feel will make the biggest rise in terms of recruiting ranking compared to the end of his senior season. Makaula is one of the lowest-ranked prospects in the country, but he has some positional flexibility at cornerback or safety and a great frame to develop.

DR: Kyle Ford is currently recovering from an ACL injury if he is able to recover to peak form he can be a transcendent player and a tremendous weapon for this revamped offense under new offensive coordinator Graham Harrell and his Air Raid system.

GK: Kyle Ford – I thought Kyle was a better receiving prospect than Bru McCoy, who I saw more as an outside linebacker. Once Ford’s knee is completely sound from surgery, he is a stud.

EM: For me, there’s no question it’s offensive guard Tilini Livai. He came out of nowhere during his senior year to land an offer from USC and you just don’t fully know what to expect with him at the next level. The Trojans have to hit with several offensive linemen in this class, which makes Livai one of the most important prospects in terms of developing into an eventual starter.

DR: Jude Wolfe. USC has been lacking versatility from the tight end spot. Wolfe could be used in multiple positions and develop into an every-down player. He blocks well and can be used as a lead on counter plays as a pulling U-Back or hybrid Full back. He blocks with good feet and plays with leverage. I’m intrigued to see how he will be utilized by Coach Helton and offensive coordinator Graham Harrell

GK: Running back Kenan Christon. You watch film and then project him in the Air Raid offense in one-on-one matchups with a linebacker, and it doesn’t take Vince Lombardi to figure out this kid could be somebody special.

EM: Gino Quinones probably wins this category by default, considering he’s listed as a defensive lineman or an offensive lineman by USC. At this point, I can’t imagine that he won’t start out along the offensive line as the Trojans look for long-term depth there.

DR: Jason Rodriguez may be a guard. He’s fast enough to pull, but requires help from the outside. His technique is inconsistent, but will benefit from development.

GK: Jason Rodriguez. I join brother Rideaux here in the potential of Jason moving to guard, although the Trojans are in great need of tackles. With the blocking of the Air Raid allowing linemen in general to not have to hold their block for a long time due to a quick quarterback release, screens become an element of attack and let’s see if Rodriguez as a guard has the athletic ability and speed to make the switch from tackle.

Erik McKinney: I really hope Max Williams can fully recover from his knee injury because he can be a big-time player against some of these wide-open offenses. He’s incredibly quick and gets a great jump on the ball.

DR: Max Williams. He is a zone corner but his first step out of his break leads him to interceptions.

GK: Running back Kenon Christon. This kid is a football player that has proven track speed and not the other way around. His first step in attacking a defense on the ground is impressive.

EM: I think there are a few guys who could be here, but I really like what I’ve seen from defensive back Adonis Otey. He played so many different positions in high school (including taking Wildcat snaps) that he demonstrates a real understanding of perimeter play on both sides of the ball. He’s a new name and not local, so there is some unfamiliarity here, but he can do it all.

DR: Jude Wolfe impresses me. The way he was used at St John Bosco requires a high degree of understanding schematics and each position change or motion requires one to know how the defense is now impacted. His understanding of his role should allow him to be a utility player for the Trojans.

GK: This is a hard one because you don’t know how any of these young players will react emotionally at the next level, which can greatly affect their football IQ.

EM: I think Kyle Ford can literally do anything he wants to as a wide receiver. For another name, Stanley Taufoou is going to make some fans quickly with the physical style he brings to the game.

GK: Drake Jackson or Kyle Ford are the first ones that come to mind. What’s fascinating about these two are that each play on one side of the line of scrimmage.

GK: Drake London. It’s hard to argue about a football/basketball guy. Watching film of his basketball exploits, it brings back memories of Ronnie Lott coming out of high school as a player that played football and basketball (no, I didn’t forget baseball). I once directed an all-star high basketball league, the Olympic Development League, which Ronnie participated, and it was scary to think of him playing football after watching his God-given athletic ability on the court.

EM: Kenan Christon is a true speed back. It’s probably more straight-line speed than quick acceleration with a ton of wiggle, but he should excel in a system that asks a running back to make one cut and go and creates mismatches on the outside with linebackers.

DR: Kenan Christon. He has 4.48 40-yard speed. He accelerates through traffic and creates noticeable separation when he gets to the second level of defenses.

GK: I like the pure speed of defensive back Dorian Hewett, and if he can be consistent in learning and executing technique, I like the potential here.

Which recruit scores the most touchdowns during his career?

EM: I’d like to say a running back, but I think the Air Raid shifts things toward a wide receiver. And while Drake London is intriguing, I think Kyle Ford has a chance to put up all-time type numbers at USC (provided he bounces back fully from the knee injury).

GK: If he comes back to perform like he did before the ACL injury, no question here it’s Kyle Ford.